Bosnia-Herzegovina 0-3 Italy: Roberto Mancini’s side make it nine wins out of


Bosnia-Herzegovina 0-3 Italy: Roberto Mancini’s side cruise to victory as goals from Francesco Acerbi, Lorenzo Insigne and Andrea Belotti make it nine wins out of nine in Euro 2020 qualification

Italy continued their renaissance as they cruised to an impressive 3-0 win away to Bosnia-Herzegovina on Friday night.

Italy had already confirmed their place at Euro 2020 prior to the clash but were in no mood to take their foot off the gas.

The Azzurri raced into a two-goal lead thanks to goals from Franceso Acerbi and Lorenzo Insigne inside the opening 37 minutes. 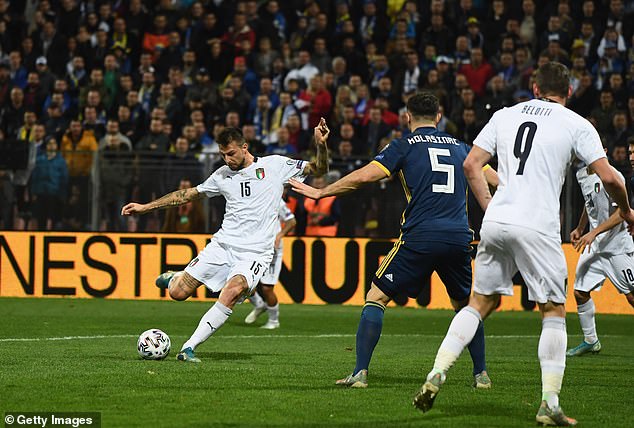 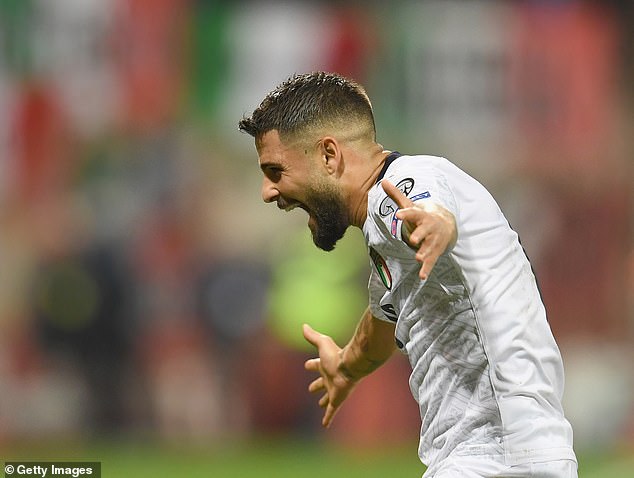 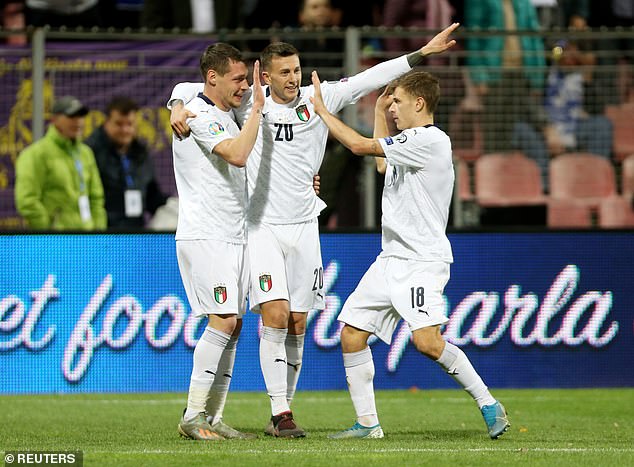 Lorenzo Insigne then added gloss to the scoreline with Italy’s third on 52 minutes as Mancini’s men made it nine wins out of nine in qualification.

Mancini has overseen a remarkable revival in fortunes since taking charge of Italy in May 2018 after they had failed to qualify for the Russia World Cup.

Since then, the former Manchester City boss has added a host of young faces to his squad but it was one of his more experienced players, Acerbi, who gave Italy the lead on 21 minutes.

The centre-back drilled a low shot into the bottom right-hand corner as the visitors got the reward their early efforts deserved.

Less than 15 minutes later they doubled their advantage through Insigne, who fired home a right foot shot into the bottom left hand corner.

Italy never looked like surrendering their lead and on 57 minutes they were out of sight as Torino star Belotti raced onto a through ball and curled home a brilliant effort into the top right-hand corner.

Victory leaves Mancini’s side top of Group I with nine wins from a possible nine, and an increasing threat ahead of next summer’s tournament.

Read More:Bosnia-Herzegovina 0-3 Italy: Roberto Mancini’s side make it nine wins out of