Christian Ziege turns and nods to the mountains. Those, he says, are the reason we find him here, deep in the Austrian countryside, sitting in the dugout of a stadium so picturesque you wonder how anyone concentrates on the football with the snow-capped Alps for competition.

‘Ah, but our football is good,’ grins the former Germany star, once of Liverpool and Spurs and now head coach of FC Pinzgau Saalfelden. His club are in the Austrian third tier, but perhaps not for long.

Newly backed by American investors whose ambition it is to bring European football to this sedate town of 16,000 inhabitants, Ziege’s team have already secured a play-off place. Crowds have grown to 1,000 from 300 in six months. One of the new owners, Trey Fitz-Gerald, accepts their likeness to Salford City, especially given the envy of rivals. 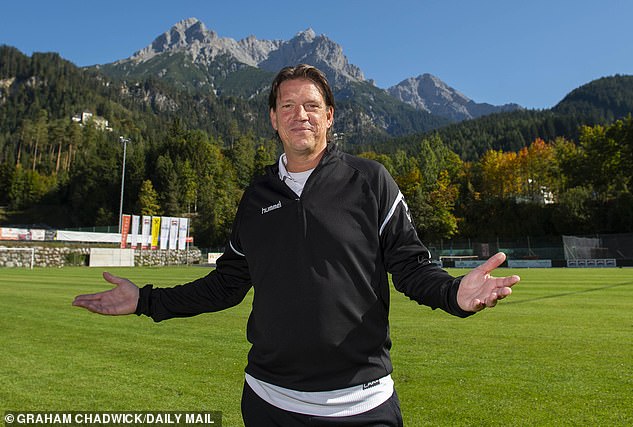 Christian Ziege is head coach of FC Pinzgau Saalfelden, in the third tier of Austrian football 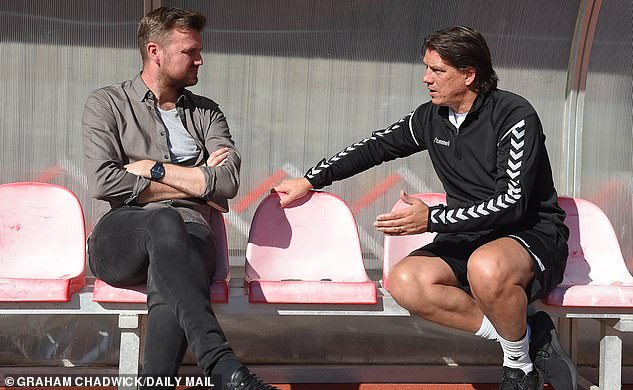 Before training on this sun-splashed autumn morning, we meet at a nearby coffeehouse. Ziege, a regular here, strolls in, his leisurely pace capturing these serene surrounds. At 8:30am, we are the first customers.

‘The only time I move quickly now, it is in the car,’ he says. The complications of a thigh injury at Spurs that nearly cost him his life are the cause of his reduced mobility.

‘We lived in Majorca but every day is the same. They get up, swim, drink, then drink some more, then go to bed,’ he says.

Trade ‘swim’ for ‘train’ and it sounds like some of the anecdotes he shares from his one season at Middlesbrough with Bryan Robson and Paul Gascoigne.

‘But I was born in West Berlin. Everything is quick, nobody has time. I always dreamed to live in the mountains. Now our three kids have grown up, me and my wife decided last year to move here. So far, it is the best decision I’ve ever made.’

Ziege’s son, 21-year-old Alessandro, plays for Pinzgau. After training, he is among a group playing basketball behind us. 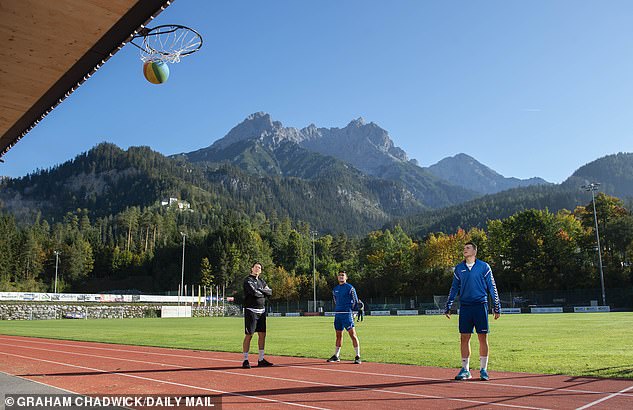 Ziege playing basketball with his Pinzgau Saalfelden player, who his 21-year-old son plays for

‘My son was here first and the manager went in April. I told them, “I’d love to train the team until the end of the season”. At the same time the Americans came along and told me their plans for the future. “Wow, that’s interesting”.

‘Now, I have the best of both worlds – living in the mountains and coaching a club with ambition.’

Ziege, with 72 caps, was a Euro 96 winner and World Cup runner-up in 2002. In his pomp he was among the best players in the world. Here, some of his squad are part-time, including students and bank employees. As happy as he is, it’s not without its challenges.

‘When I came they had a big fridge in the…

Read More:Christian Ziege played in Euro 96 and admits: ‘If Gazza had run straight, he