‘It’s a fair drop in quality to Origi… I’m disappointed they’re not buying another striker’: Graeme Souness fears Liverpool might ‘live to regret’ not strengthening attack after they struggled to break down Aston Villa without Roberto Firmino

Liverpool legend Graeme Souness has urged the Premier League champions to sign another striker to boost their attacking options.

Mohamed Salah, Divock Origi and Sadio Mane started as Jurgen Klopp‘s side took 71 minutes to score in a 2-0 win against relegation battlers Aston Villa at Anfield on Sunday.

Origi was replaced by regular starter Roberto Firmino after an hour and Souness believes the Belgium forward lacks the potency of Liverpool’s three established forwards. 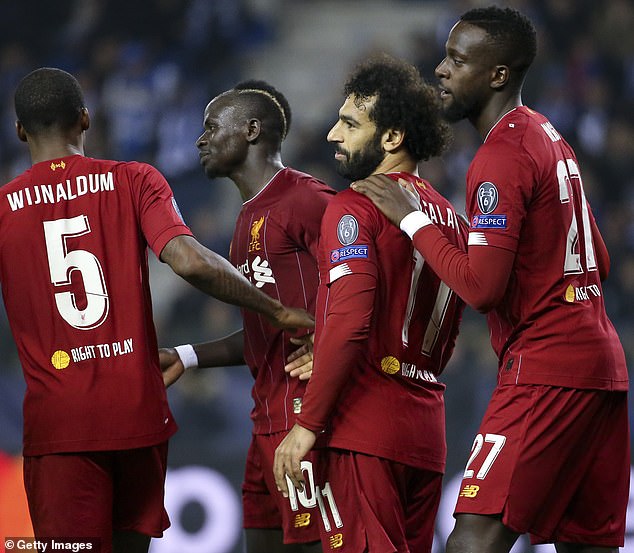 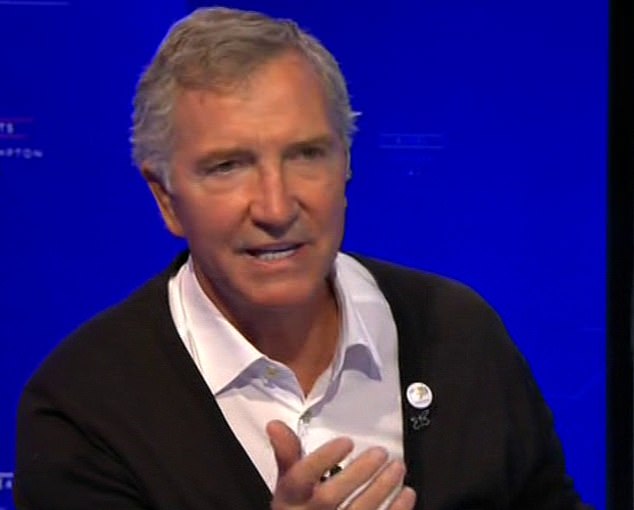 ‘When you don’t play one of those three, it’s a fair drop in quality to Origi,’ he told Sky Sports. ‘They might live to regret that.

‘I’m disappointed they’re not buying another striker. I hope they find someone to fill the gap when one of those three don’t play. Firmino links everything from back to front and we’re missing that tonight.’

Villa, who are third-bottom of the Premier League, held out until Mane broke the deadlock in a largely subdued display by the hosts. 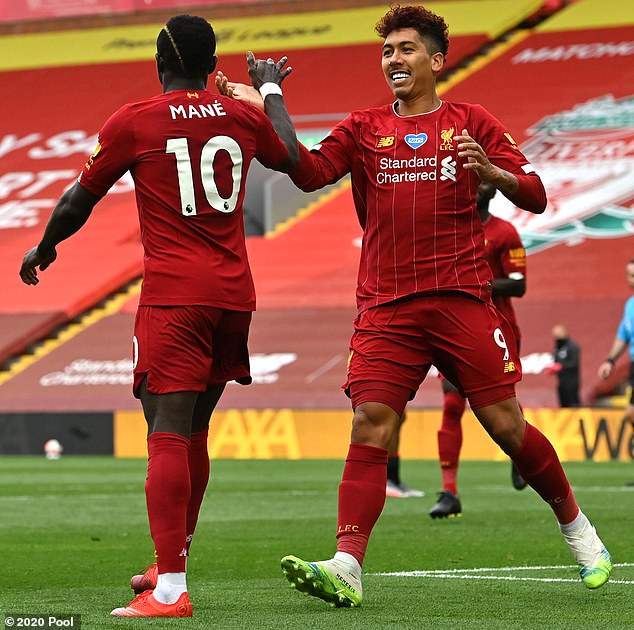 Roberto Firmino (right) celebrated Mane’s late opener, having come on for Origi after an hour

19-year-old midfielder Curtis Jones scored the second in the 89th minute, four minutes after coming on as a substitute.

Discussing their performances since winning the Premier League on June 25, Souness said: ‘I’ve been in this situation – you just drop that intensity one or two percent.

‘They’ve said, “let’s try and be sharp, get back to our normal game.” There’s just the extra yard they’re missing in the final third.’ 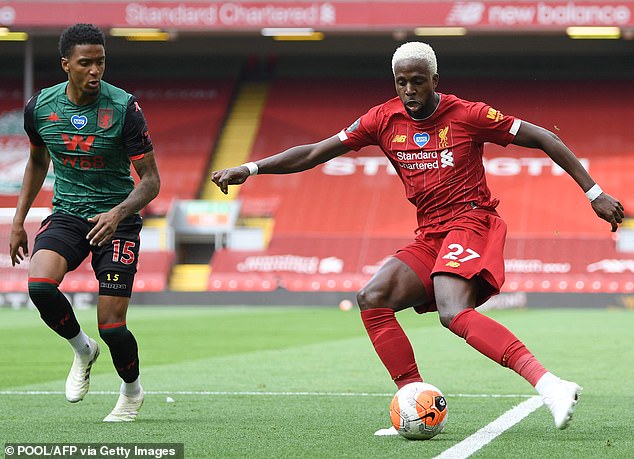