Manchester United scouts will be in attendance at Brescia’s Seria A clash with Juventus on Tuesday evening to watch Sandro Tonali.

The 19-year-old, who has been compared to Andrea Pirlo due to his playing style and long sweeping hair, is enjoying his first season in Serie A after earning promotion with Lombardy outfit last season.

According to Gazzetta dello Sport, United have sent scouts to this evening’s clash at the Stadio Mario Rigamonti to take a closer look at the Italy Under-21 international. 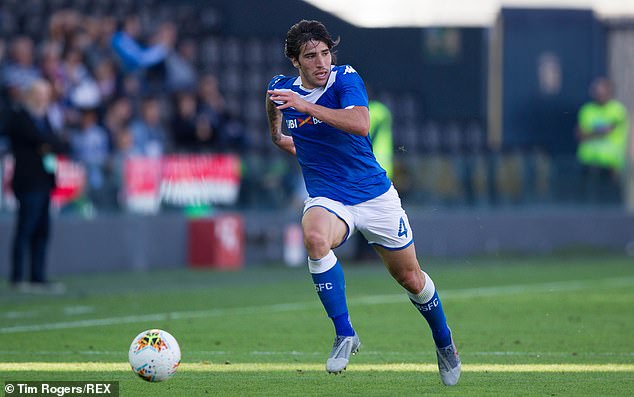 They are not the only side interested in the midfielder however, with Borussia Dortmund also understood to hold an interest.

And opponents Juventus are also believed to be keen on Tonali.

Tuesday’s clash will also see the return of Mario Balotelli to Serie A. He is set to make his first appearance since joining Brescia on a free transfer this summer.