By Nick Harris for The Mail on Sunday

Fresh evidence that Russian footballers were helped to cheat during their nation’s state-sponsored doping scandal will arrive at FIFA within weeks.

The World Anti-Doping Agency told FIFA in recent days that new data recovered last year from a Moscow lab at the centre of the scandal includes information about an unspecified number of alleged Russian footballer cheats.

WADA has ‘evidence packages’ relating to 298 Russian individuals across dozens of different sports that it will forward to anti-doping agencies and global governing bodies. 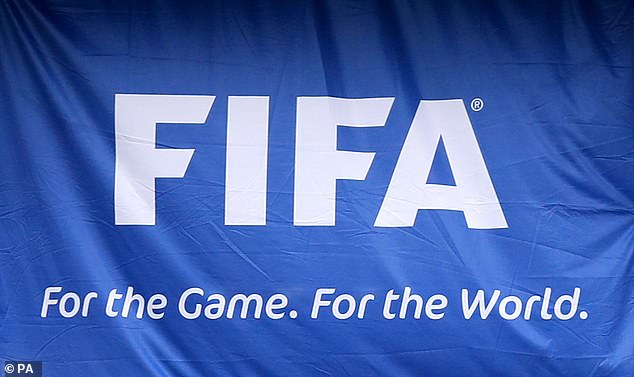 Asked to confirm that WADA has specifically told FIFA that they will receive ‘case packages’ relating to footballers by the end of May, a FIFA spokesman said: ‘This is correct.’

As Sportsmail revealed in 2017, FIFA were first told by anti-corruption investigators in December 2016 that at least 36 Russian players — and perhaps many more — had been illegally assisted during the doping scandal.

We revealed that assistance came in various ways, including some players being given performance-enhancing drugs, some having failed tests covered up and some being guaranteed they would always be ‘clean’ regardless of whether they doped or not.

Those initial 36 players included the entire 23-man Russian squad who went to the 2014 World Cup in Brazil.

It isn’t known how many players benefited in which particular way; not all took illegal drugs, for example, although were guaranteed to be ‘clean’ in any case.

Sportsmail learned the identity of numerous internationals, from Under-21s to full internationals, who had failed tests for performance-enhancing drugs covered up. In June 2018, we revealed that Russian international defender Ruslan Kambolov had failed a drug test in 2015 for the banned steroid dexamethasone.

Emails seen by Sportsmail from a sports ministry official to lab boss Grigory Rodchenkov, showed Rodchenkov was ordered to cover-up the positive test.

Documents obtained by Sportsmail showed Kambolov’s dirty urine sample was swapped with clean urine from another sportsman. Urine was stored within Russia’s 10,000-sample ‘clean urine bank’ for such occasions. Extracts from Rodchenkov’s contemporary hand-written diaries, seen by Sportsmail, show that the urine swap was performed in June 2015 by a Russian secret service agent.

Kambolov was a member of Russia’s World Cup squad for the 2018 tournament on home soil until May 2018 when he was withdrawn. Two players who appeared for the host…