His family were abused in the street, his beloved home city of Naples cast him out as a traitor and mysterious threats consumed his thoughts.

At last, the 36-year-old has peace. The man who turned his existence into a living hell has been sentenced to four-and-a-half years in prison and though the mental scars remain, a chapter of almost unbelievable misfortune has closed.

During those dark days, only a handful of people understood why one of Italy‘s next great hopes had become a Serie A journeyman and why a dream homecoming turned into a waking nightmare.

Now, with Raffaele Piccolo, a man Quagliarella considered a friend, in jail, there is finally some closure to the story which has left Napoli’s fiercely loyal fans begging for forgiveness. 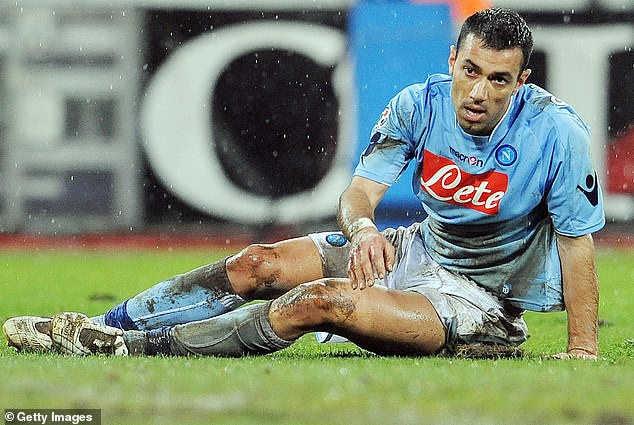 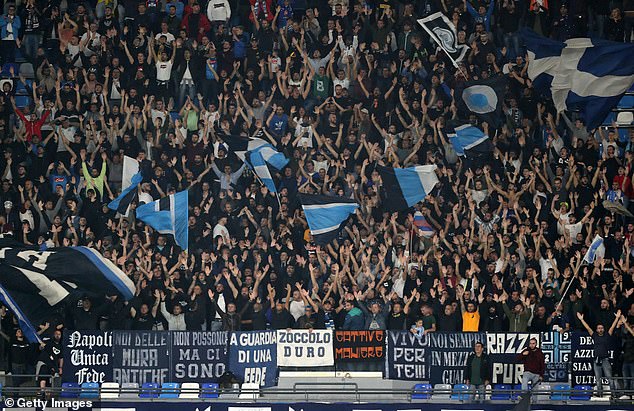 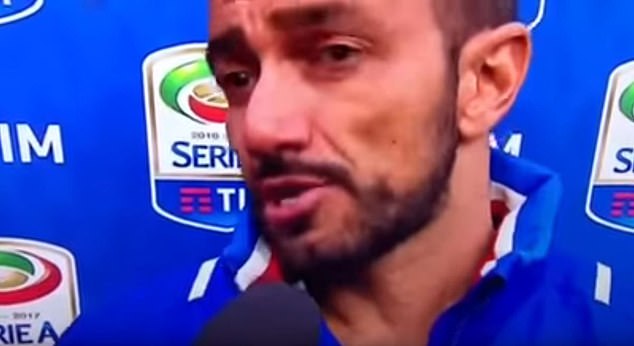 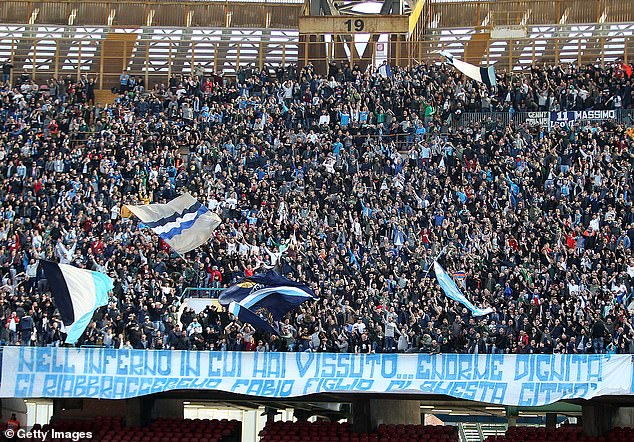 The Napoli fans ended up displaying a banner for Quagliarella, asking for his forgiveness – it translates: ‘In the hell you lived…huge dignity, we will hug again Fabio, son of this city’

Quagliarella grew up in Castellammare di Stabia, a commune of Naples and like any Neapolitan boy, he envisioned himself one day scoring at San Paolo Stadium.

After bursting to prominence at Sampdoria and Udinese, the call he’d always wanted finally came in July 2009 and the forward with a habit of scoring outrageous goals signed for his dream club.

Before the move, he’d received occasional messages at Udinese accusing him of taking drugs and having links with the Camorra (Naples mafia). These sporadic notes he dismissed as the work of mentally unstable fans, just an occupational hazard in the tribal world of Italian football.

But in the interests of security, he mentioned that his messenger account had been hacked when chatting with childhood friend Giulio de Riso.

Months before, De Riso had also received letters accusing him of working for the mafia and had a contact, Raffaele Piccolo, who worked for the postal police in Naples, specialising in fraud and cyber crime.

Piccolo had helped him out on more than one occasion and De Riso introduced him to Quagliarella. The IT expert helped fix the hacked computer and was given some signed memorabilia as thanks for his efforts.

Quagliarella thought that would be an end to it but his move south to Naples coincided with a sudden increase in anonymous threats. 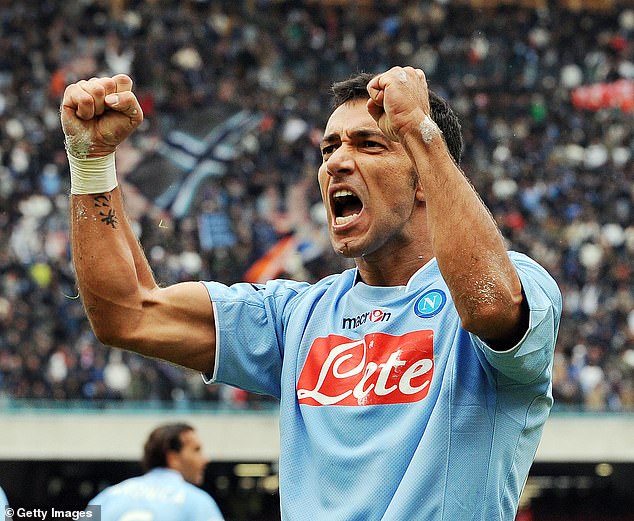 Some of the messages were confusing. They featured random letters and numbers that he took to Piccolo to examine. They looked like a virus so his police contact wiped the phone clean.

But the threats continued to escalate both in number…