Croatia applied the final touch to their preparations for this weekend’s World Cup quarter-final clash against hosts Russia.

Zlatko Dalic’s men took to the field at the Park Arena on Friday morning and worked on just about everything before retiring to their hotel for a night of rest ahead of their most important game for 20 years.

They, like all in this side of the draw, are looking to seize on the opportunity of a weaker half and reach a World Cup final – but they will first have to deal with a reinvigorated Russia and the din of a partisan home crowd. 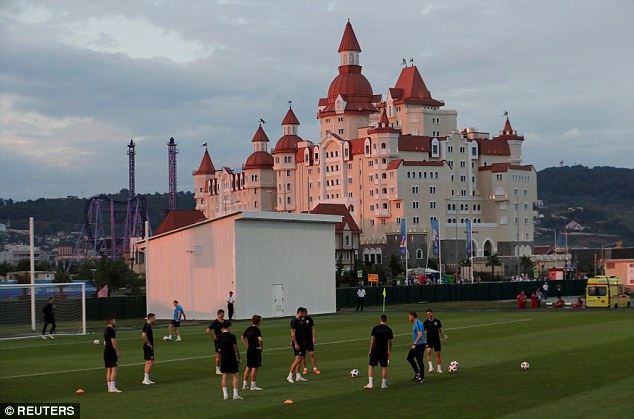 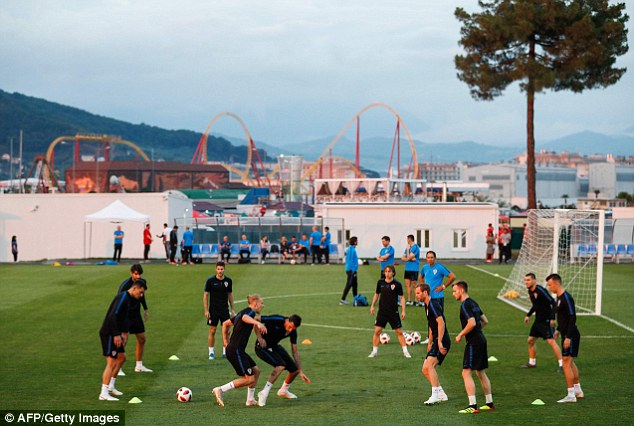 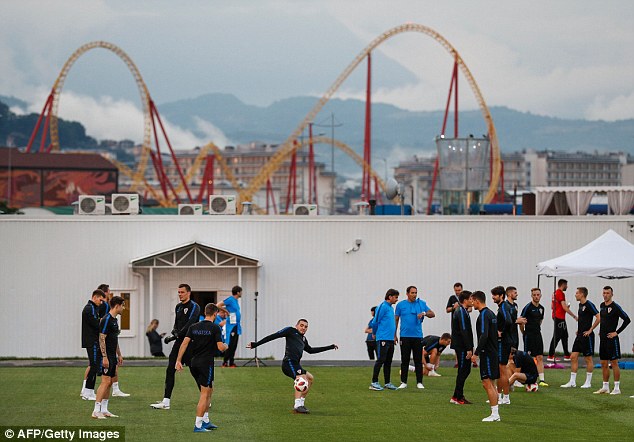 Dalic is happy with his side’s preparations and insisted on Friday his players have the experience to block the Russian fans out and focus on the game.

‘We cannot choose our opponent, be they the hosts or somebody else. We are facing a huge game in the quarter-finals, it doesn’t matter who the opponent is,’ he said.

‘Every week, our players play in front of full houses with opponent’s fans howling. This shouldn’t be a problem for us, and ultimately we should not be hoping to have any excuses.’

Croatia are enjoying their best World Cup campaign since France 1998 – where they finished third – which has led to euphoric scenes across the country.

Dalic is hoping his side can keep the festivities going in front of the watchful eye of Croatia’s president Kolinda Grabar-Kitarovic, who will again be in attendance in Sochi as the interest in football reaches fever pitch.

The Croats won all three games to top Group D ahead of second-placed Argentina and then edged Denmark in a penalty shootout after a 1-1 draw.

Following some superb attacking displays, comparisons with the 1998 team that midfielder Ivan Rakitic – who was born in Switzerland to parents who originally hailed from Croatia – remembers so well were inevitably made. 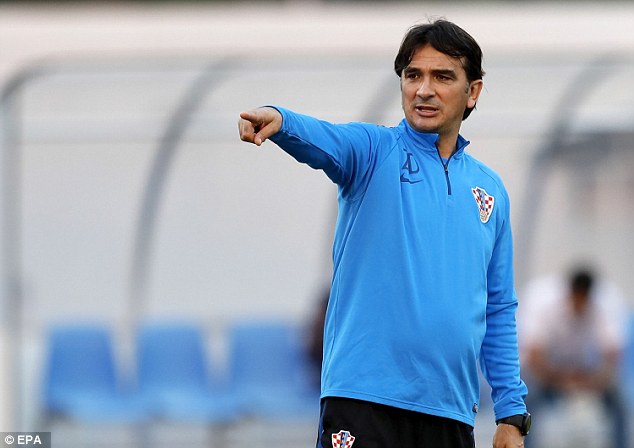 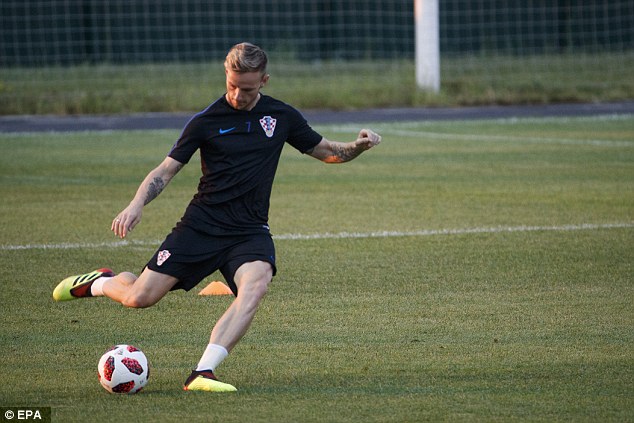 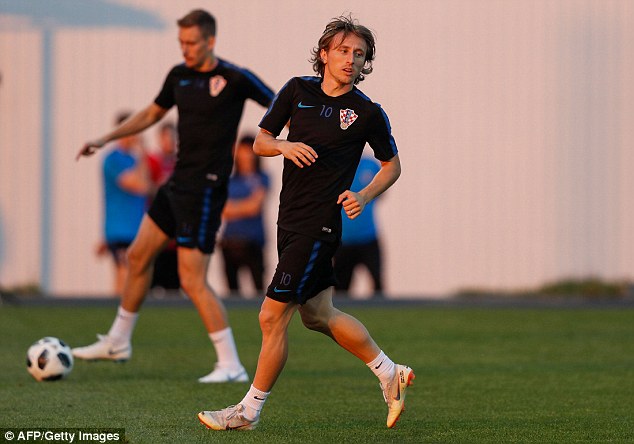 Luka Modric, who will be key to Croatia’s chances of success, was also present for the session

‘I remember in Moehlin in Switzerland, my home town, we were all crazy, we rooted, we wanted to show our Swiss neighbours how powerful a football nation we are,’ Rakitic, who had dual citizenship but opted to play for Croatia, recalled.

‘They are our heroes, they are our inspiration, they brought us to this point, and we would like to continue on their way, and hopefully we will take a step further tomorrow if we have the strength and luck to do so,’ he added.