When Rodrigo Hernandez left Atletico Madrid to join up with Pep Guardiola at Manchester City last summer, some commentators in Spain said he was leaving to escape the intensity of Diego Simone.

‘People said to me: you’re going there and you will be able to rest,’ he says. ‘I’ve told them: nothing could be further from the truth.

He told Spanish reporters last week: ‘I finish games at City feeling dead’. And he reiterated the point at Spain’s training camp in Madrid this week – with relish, it should be said. 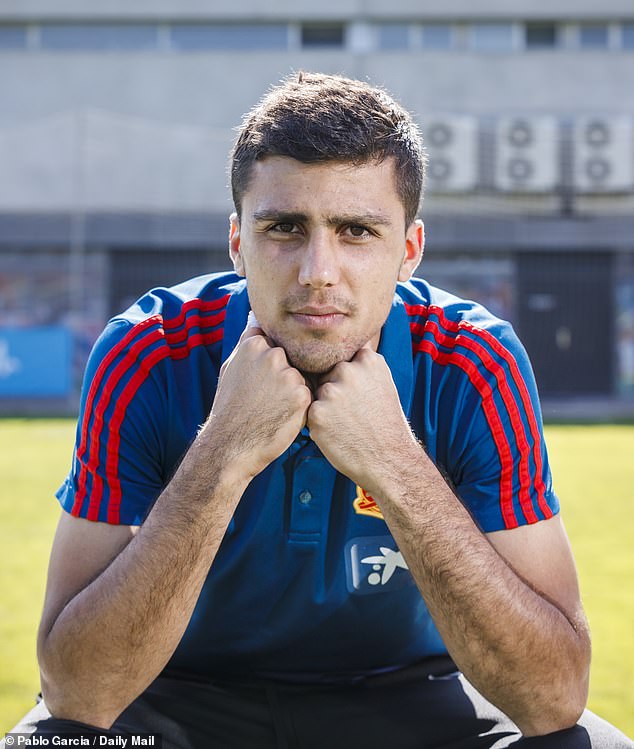 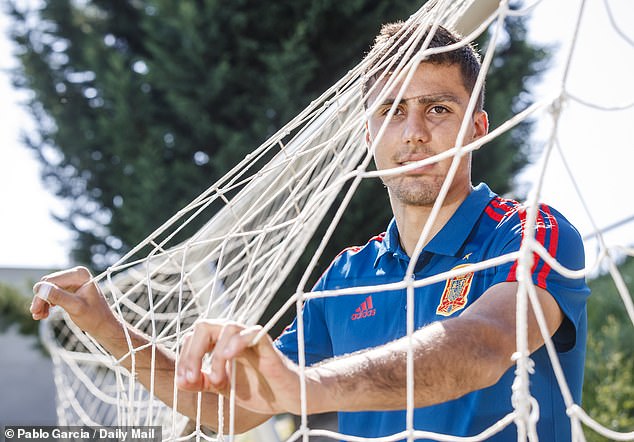 Some suggested that Rodri was leaving Atletico Madrid to escape the intensity of manager Diego Simeone, but he says Pep Guardiola is an even tougher taskmaster at Manchester City

‘If you are constantly taking the initiative in games, as we do, then you have to be constantly moving.

‘When you lose the ball, you have to press like crazy to win it back. The physical demands are huge.’

He is focused on securing Euro 2020 qualification – he played 90 minutes in the draw with Sweden on Tuesday that sends Spain through to next summer’s tournament – but the defeat by Wolves before the international break and Saturday’s game against Crystal Palace are not too far from his mind.

‘We can’t be beating Watford 8-0 and then losing the next game: that’s pointless,’ he says with typical frankness.

Playing for Guardiola in the Premier League was always going to be a test both physically and mentally.

The imposing athlete, laughably once considered a bit small as a kid at Atletico Madrid, can handle the former.

And as one of the game’s great students – in every sense of the word – he can deal with the latter too. 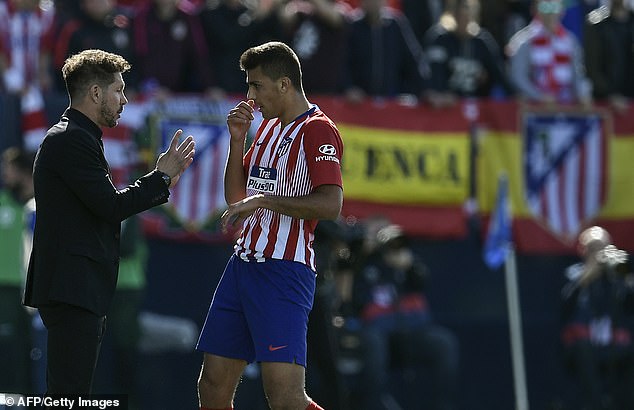 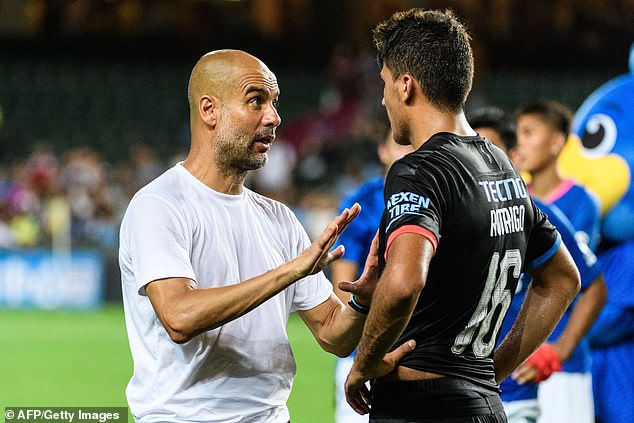 Rodri was talking tactics when he was 12. His first youth team coach Fran Alcoy tells the story of the schoolboy footballer he used to see waiting at the bus stop outside of Atletico Madrid’s training ground.

Alcoy would give him a lift home and the two would chat about the formation the team were playing and where on the pitch they could find a numerical superiority over the opposition depending on where they pressed – fundamental Guardiola concepts.

‘It was like talking to another coach instead of a kid,’ Alcoy has said.

‘I have great memories of him [Alcoy],’ Rodri says. ‘He was the first coach to put me in that defensive midfield position and show me how to play the role.

‘As for the way I saw football, I had always enjoyed watching the game and it’s true: I always found it quite easy, when a team was successful, to see why that was. I could see how they were creating the space.

‘I could read the game. Then of course it’s not so easy to translate that to your own performances out on the pitch.’

He did put theory into practice even if it meant ignoring his dad’s advice. ‘He…