Even Bolshoi ballerinas stopped dancing to watch the World Cup


Russia’s ‘moustache of hope’ has touched the most remote parts of this vast country… even Bolshoi ballerinas stopped dancing and watched!

By Ian Herbert For Mailonline

On a dusty patch of land which serves as a marketplace in the vast emptiness of eastern Russia, they’re frantically gathering up chickens into a battered blue van and preparing to move on. There are not enough buyers to linger long in one place.

But even the struggle for subsistence doesn’t stop Tania, a woman in her early 50s, stopping in her tracks at the mention of Stanislav Cherchesov and the Russia national team. ‘Of course,’ she replies, to the question of whether she will watch the World Cup quarter-final against Croatia in Sochi. ‘There’s a TV in the hall in the village.’

Her son, Ilfat, who is equally taciturn, suddenly chips in with the words: ‘Igor Akinfeev.’ Even here, in a place feeling pitifully few of the tournament’s economic benefits, the national team’s goalkeeper is being talked about. On a battered TV in the local cafe, they’re watching an item comparing Harry Kane with David Beckham. There’s something wrong with the colour so Kane is playing in pink. 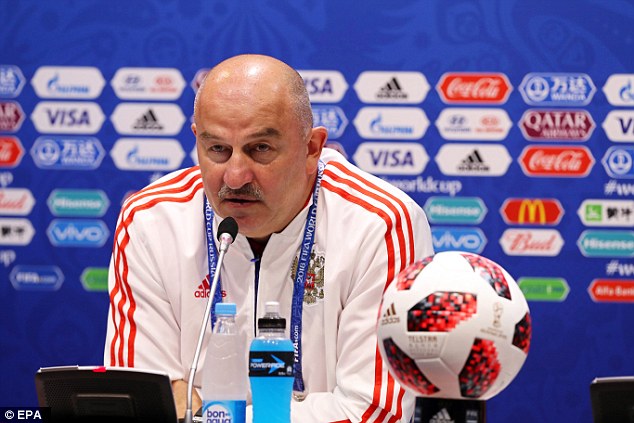 Since Cherchesov’s players eliminated Spain in the Luzhniki Stadium on Sunday night – bringing an estimated 100,000 Russians out into Moscow’s streets – complaints about the World Cup taking money away from places that most need it have melted away.

The Moscow Monuments Commission has received numerous requests for statues to be erected in honour of Akinfeev and Cherchesov. Director Igor Voskersenky said that the requests would be considered but pointed out that Lev Yashin, already consigned to stone in the capital, had won the 1960 European Championships with Russia. The other two had won nothing yet. 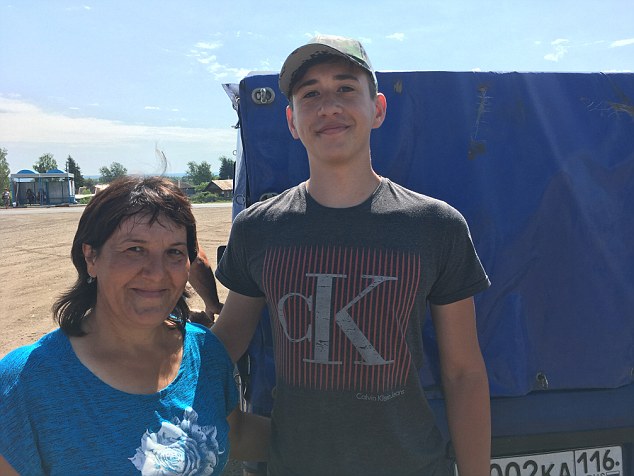 Tania and her son, Ilfat, from Yukhmachi admitted they had caught the World Cup bug

For now, a Steppe Eagle at Moscow Zoo has been named after Akinfeev, hero of the penalty shootout, while the Sport Express paper reports women swooning over Cherchesov and ‘wanting to have his children’.

Tania expects Ilfat to be out with his friends in the street on Saturday night, which is unusual in a country where mass gatherings are usually prohibited and even small groups of drinkers dispersed by police in the cities. Ekaterinburg mayor Yevgeny Roizman, an ally of Vladimir Putin’s political opponent Alexander Navalny, this week posted an image of supporters congregating in the streets, observing that this was ‘how the country could look: free, open.’