When Mario Balotelli couldn’t buy a goal at Liverpool in the 2014-15 season, in an attempt to change his luck, he asked Luis Suarez if he could use a pair of old shin-pads the Uruguayan had left at Melwood when he signed for Barcelona.

Well now it’s time for Balotelli to lend a fellow player something of his. If he’s still got that ‘Why always me?’ undershirt, can he please send it to Real Madrid’s Luka Jovic.

If Real Madrid supporters had been asked to guess which player from the club’s squad had put up a friend who had then tested positive for coronavirus – and so who now needed to be put into quarantine himself – then almost all would have guessed Jovic. Who else? 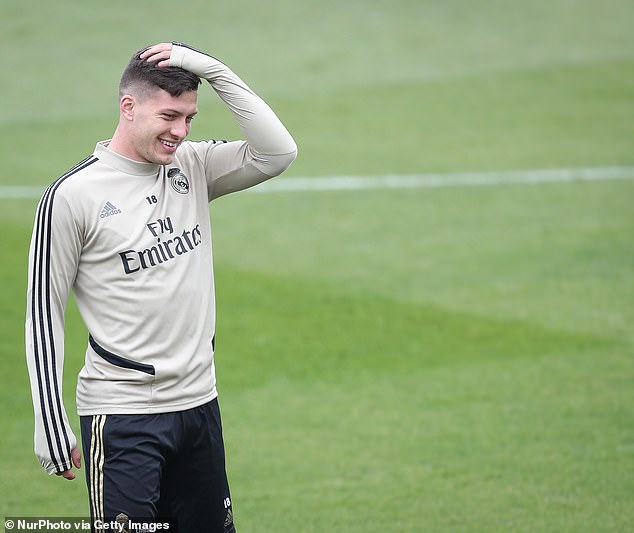 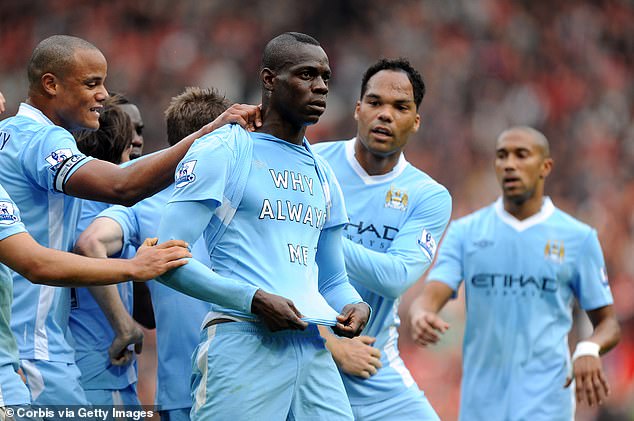 Perhaps not since Royston Drenthe crashed into a police car while trying to do a u-turn at 4.30 am in his first month at the club back in 2007, has a new signing had a more accident-prone first season.

Off the field Jovic’s problems started with lockdown and his decision to go back to Serbia. He had Real Madrid’s permission and he had tested negative before travelling but he then failed to self-isolate on arrival and was called out by his country’s leading politicians.

The Serbian prime minister Ana Brnabic said: ‘We have the negative example of our football stars who earn millions and have ignored the obligation to self-isolate so they can return home.’ 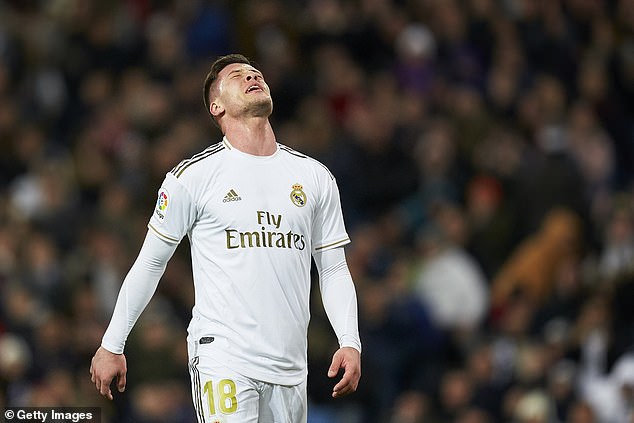 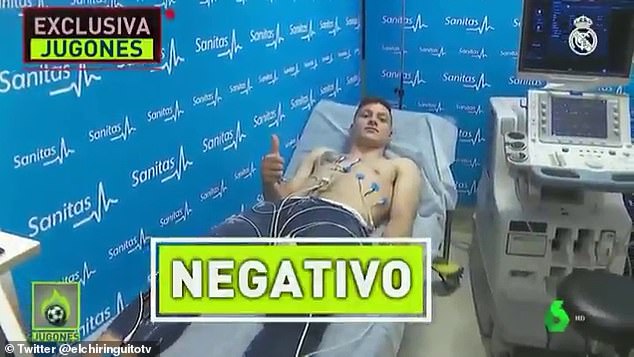 And Serbia president Aleksandar Vucic was quoted, talking about two unnamed players believed to be Jovic and Serie B player Nikola Ninkovic, saying: ‘One is in a hotel and the other in his apartment. If they abandon their abodes they could be arrested.’

Back in Madrid Jovic turned up for training before the season restarted with a fracture in his right foot. It appeared the injury was sustained while training in his apartment in Belgrade. It looked to have ruled him out for the season.

While recovering he attended a barbecue with pals at rival Madrid clubs: Getafe’s Nemanja Maksimovic and Atletico’s Ivan Saponjic. There was not enough social distancing, and too much sharing of photos of the get-together on social media. It was another cross against Jovic’s name.

Finally he reappeared in a Madrid shirt on Sunday as a late substitute in the 1-0 win over Athletic Bilbao but on Monday he had a visitor, who subsequently tested positive for Covid-19. Jovic is now back in lockdown. He has tested negative but needs a second test to give him a second negative and so permission to rejoin his team-mates. 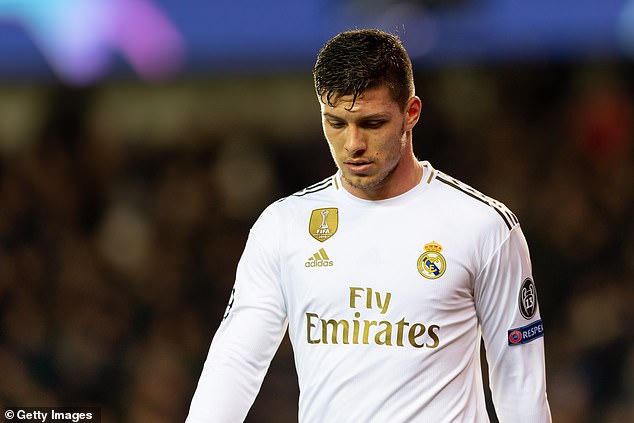 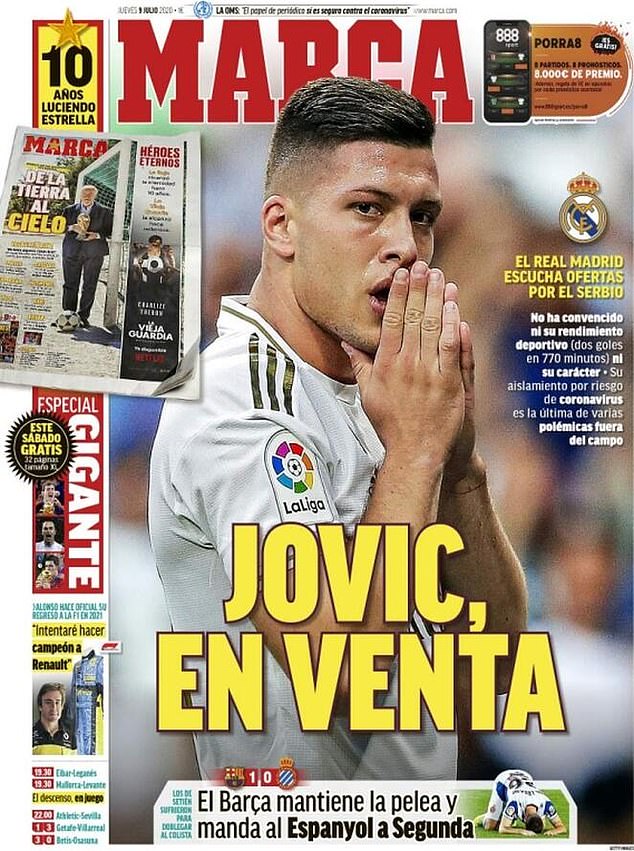