Mesut Ozil ‘will only consider moves to Turkey or USA next summer and is determined to see out final year of £350,000-a-week deal at Arsenal’

Mesut Ozil is ‘determined to see out the final year of his £350,000-a-week Arsenal deal and will consider moves to Turkey or the USA next summer’.

Mikel Arteta has still not used Ozil, the club’s highest paid player, since football restarted last month, despite having him on the bench three times.

According to The Sun, Ozil has no intention of leaving Arsenal in the transfer window and wants to depart on a free transfer after next season. 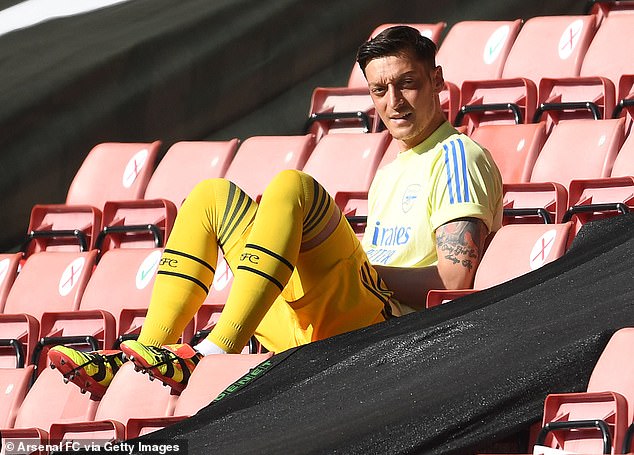 The relationship between club and player appears to be fraught with tension as the Arsenal hierarchy are keen to have his wages off the books.

But Ozil, who has reportedly been suffering with a sore back, wants to remain for the 2020-21 campaign.

The 31-year-old is not interested in returning to play in the Bundesliga given fierce public criticism from the public after he met Turkish president Recep Erdogan. 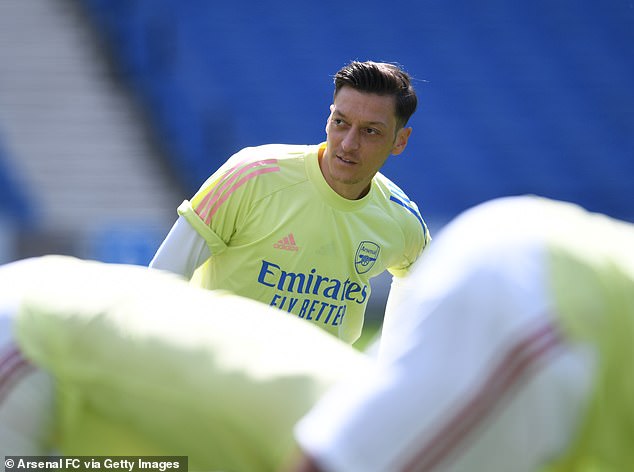 The £350,000-a-week playmaker will only consider leaving for Turkey or the USA next summer

And Ozil has reportedly told friends that he will only consider the MLS in the United States or Turkey as his next destination.

His production has plummeted this season to continue a pattern of decline in recent years with just one goal and two assists to his name.

Arteta’s side have been performing well in Ozil’s absence, securing four wins in succession before Wednesday’s 1-1 draw against Leicester.

The Gunners are preparing for a huge clash on Sunday with north London rivals Tottenham and victory would be a huge boost in terms of bragging rights and chances of a finish in the European places. 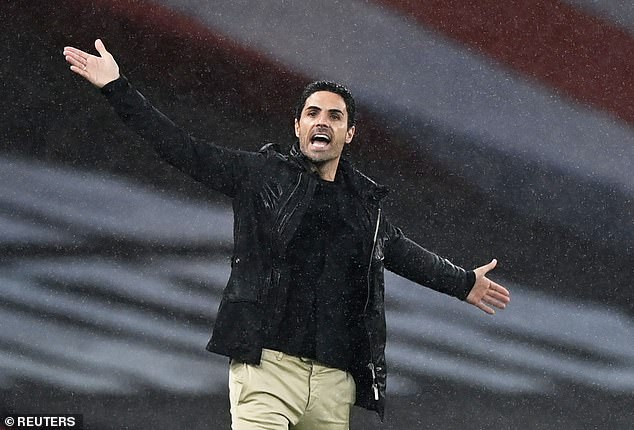 Read More:Mesut Ozil ‘will only consider moves to Turkey or USA’ but wants Arsenal stay