‘That’s for you, Luis Enrique’: Sergio Ramos dedicates Spain’s Euro 2020 qualification to former boss after he was forced to quit as his nine-year-old daughter tragically died after a five-month battle with bone cancer

Sergio Ramos has dedicated Spain‘s Euro 2020 qualification to former boss Luis Enrique, who stepped down earlier this year as his nine-year-old daughter tragically lost her five-month battle with cancer.

Spain sealed their place in next year’s tournament after a late strike from Rodrigo secured a draw in Sweden on Tuesday night.

The Spaniards began their qualifying campaign with Enrique at the helm, but he quit the role in June due to personal reasons. 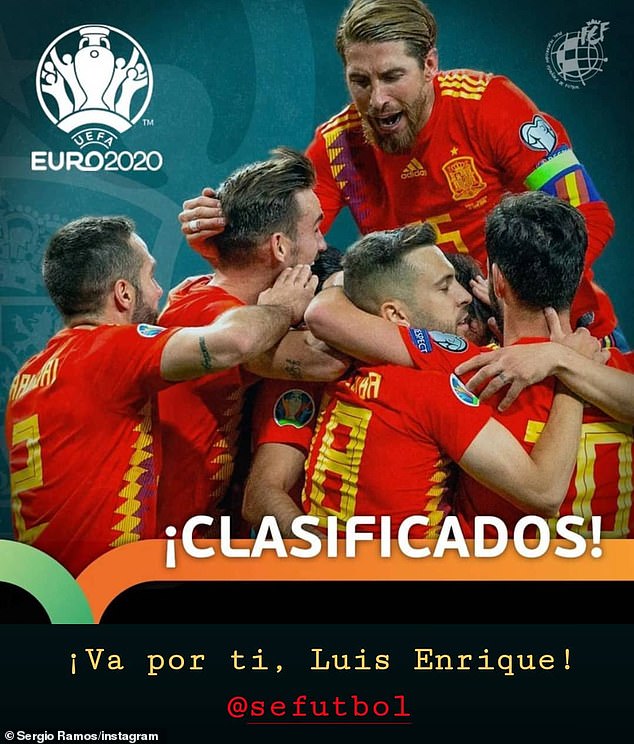 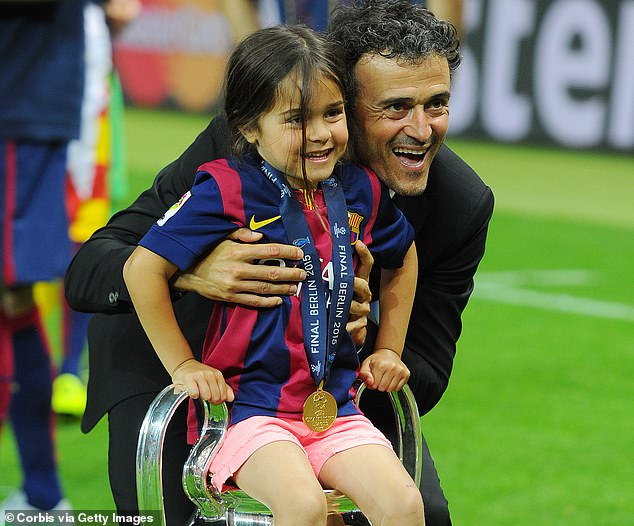 Enrique, pictured with Xana after the 2015 Champions League final, stepped down as boss as his daughter tragically lost her five-month battle with cancer

The former Barcelona coach revealed in August that his daughter Xana had passed away after a brave five-month battle with bone cancer.

Xana was the youngest of three children born to Enrique and wife Elena Cullell. The couple also have a 19-year-old son named Pacho and an 18-year-old daughter, Sira.

Former Barcelona No 2 Robert Moreno was appointed as his replacement and finished off the job Enrique stared after leading the side to wins over Romania and Faroe Islands and draws against Norway and Sweden. 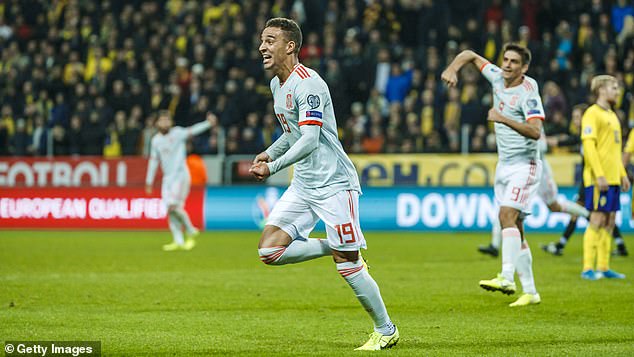 Ramos, who is captain of the national side, posted a poignant and heart-warming message to Enrique on social media following Spain’s qualification.

He wrote: ‘Qualification! That’s for you, Luis Enrique!’ The 1-1 draw with Sweden on Tuesday saw Spain become the sixth nation to secure their passage to Euro 2020.

Belgium, Italy, Russia, Poland and Ukraine have also booked their spots at next year’s tournament.

Spain football news: Barcelona wonderkid Ansu Fati ‘could be in Spain squad for