‘Records come looking for me!’: Cristiano Ronaldo insists he doesn’t chase milestones as he revels in incredible 700 goals from 976 games

Cristiano Ronaldo insists he doesn’t go chasing records after his strike for Portugal on Monday saw him hit 700 goals in his career for club and country.

The Portugal captain scored a second-half penalty against Ukraine to reach the milestone – his 95th strike for his county.

Although the reigning European champions went onto lose 2-1, and therefore practically concede first place in their Euro 2020 qualifying group to their opponents, all the talk post-match was of Ronaldo’s astonishing feat. 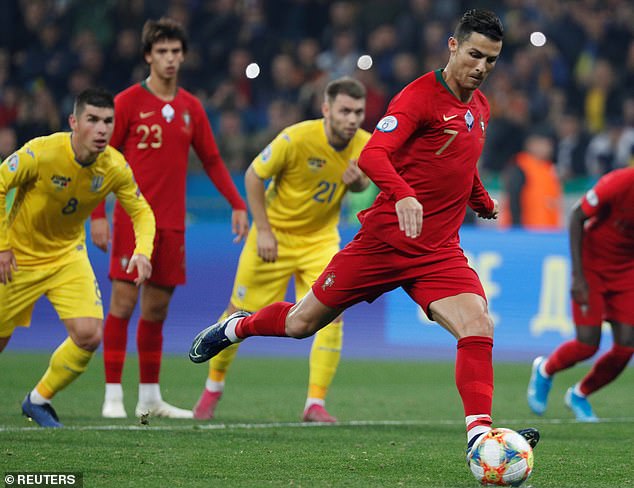 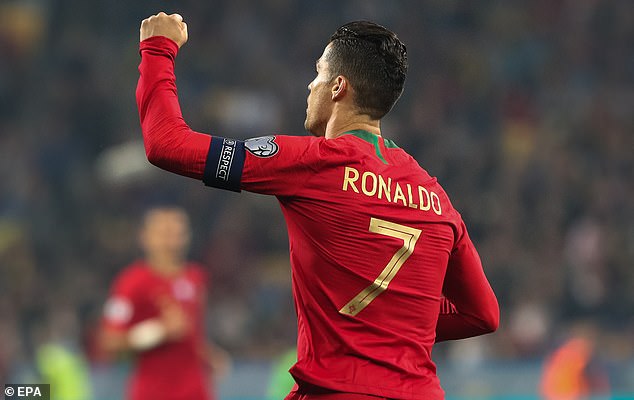 Ronaldo celebrates his strike, but it wasn’t enough as Ukraine ran out 2-1 winners in Kiev

‘Not just anyone can reach this figure,’ Ronaldo told reporters.

‘Thank you to my team-mates, colleagues and coaches who have helped me to become the player I am.

‘I am disappointed that we didn’t win, but proud of the team.’

The five-time Ballon d’Or winner is the sixth player in the history of the game to score 700 career goals or more, joining the likes of Romario and Pele.

His great rival Lionel Messi trails him on 672, but Ronaldo himself has some way to go if he wants to break the all-time record – former Czech Republic forward Josef Bican notched a staggering 800 goals between 1931 and 1950.

‘How many records do I have? I don’t know,’ Ronaldo continued.

‘I have to enjoy the moment and thank those who helped me reach this impressive mark. 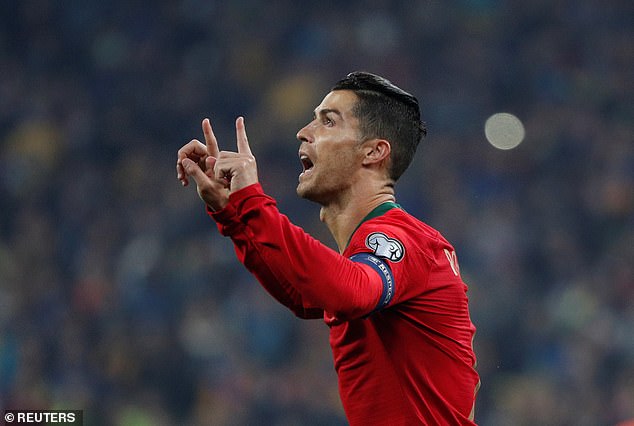 Ronaldo will now set his sights on the all-time international goalscoring record, held by Ali Daei.

The former Iran forward scored 109 times in 149 games for his country, while 34-year-old Ronaldo is currently on 95 from 162 caps.

Ronaldo’s 700 goals have come from 976 senior matches, and with no end to the Portuguese’s prolific form in front of goal for both Juventus and Portugal, he could rack up a lot more as he nears the climax of…

Read More:Cristiano Ronaldo says he does not chase milestones after 700th goal

If you had to put £10 on any team to win the World Cup, who would it be and why?