‘He suffers in his situation… I hope he will have more playing time’: France manager Didier Deschamps lauds Chelsea striker Olivier Giroud after scoring against Turkey but warns him over bit-part role at Stamford Bridge

France coach Didier Deschamps has praised Olivier Giroud for delivering under pressure but admits a lack of game time at Chelsea is hurting his chances on the international stage.

The 33-year-old came off the bench in France’s Euro 2020 qualifier against Turkey on Monday night and scored within four minutes. It was his third goal in four matches for France, but his header was cancelled out late on by Kaan Ayhan in a 1-1 draw.

Giroud had scored an important winner against Iceland on Friday but Deschamps did not feel he could manage two starts in four days, having managed just 187 minutes for his club this season. 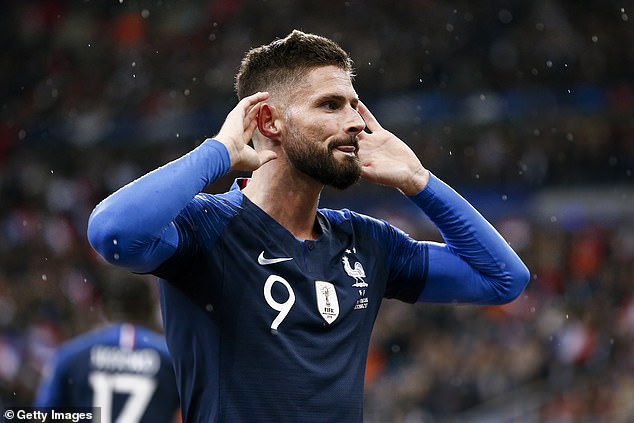 His Chelsea manager Frank Lampard has left him on the bench for a majority of the season so far, with striker Tammy Abraham the joint-top scorer in the Premier League with eight goals.

But Deschamps wants to see Giroud playing more minutes for his club, and hinted he may have to ply his trade elsewhere.

‘You know, Olivier suffers his situation. Before January, nothing will move,’ Deschamps told a press conference.

‘After, it will be up to him to see. I hope he will have more playing time.

‘But we cannot take away his goals, his good performances. He scores, he makes others play well.

‘He knows he is under pressure, but he always responds.’ France laboured at home to Turkey, who remain Group H leaders ahead of their opponents on 19 points because of a superior head-to-head record after a 2-0 win in Konya in June.

They had 23 shots but only nine were on target, producing only one goal.

‘We did everything we needed to win that game,’ Deschamps said. ‘We had the chances, they didn’t, but it is what it is. It’s a good point. We’ll have to finish the job in November. 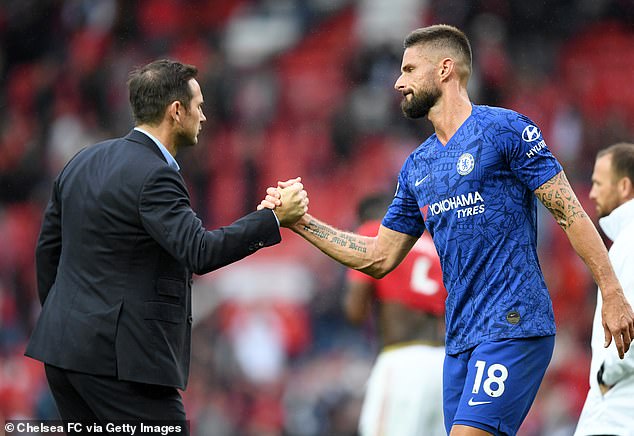 ‘We are the two best teams in the group. Qualifiers are always complicated, it’s a long road.

‘We should have been more efficient. They defended a lot and they deserve to be where they are.’