Ready for another shootout? Keeper Igor Akinfeev put through his paces as Russia ramp up preparations for World Cup quarter-final clash with Croatia

By Glen Williams For Mailonline

Perhaps only in their wildest dreams Russia would have envisaged knocking Spain out of the World Cup to reach the quarter-finals.

But now, they find themselves limbering up for a crunch clash with Croatia on Saturday for the chance to reach a the semi-final in their own back yard.

Russia were put through their paces on Thursday by coach Stanislav Cherchesov as they prepare for their most important game in a generation. 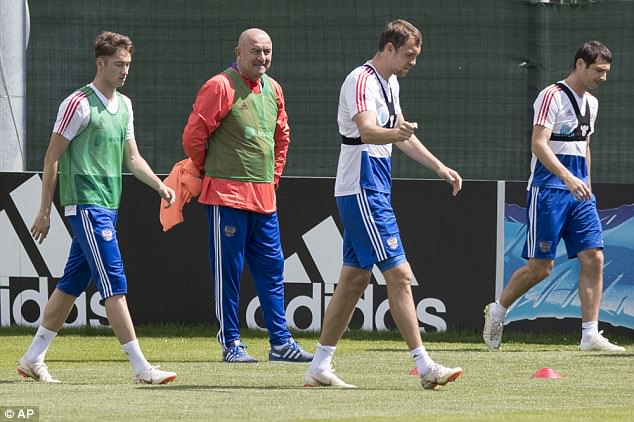 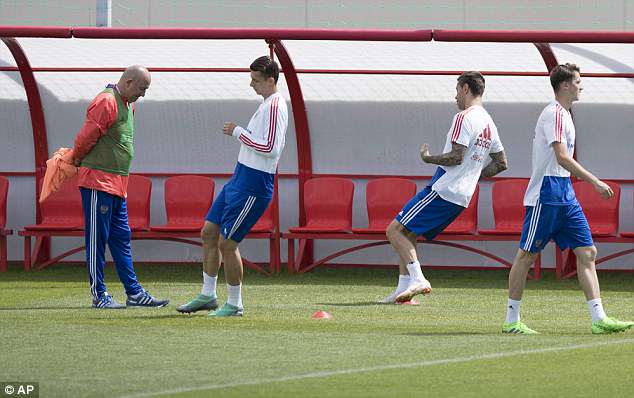 The players trained at the Federal Sports Centre Novogorsk, on the outskirts of Moscow 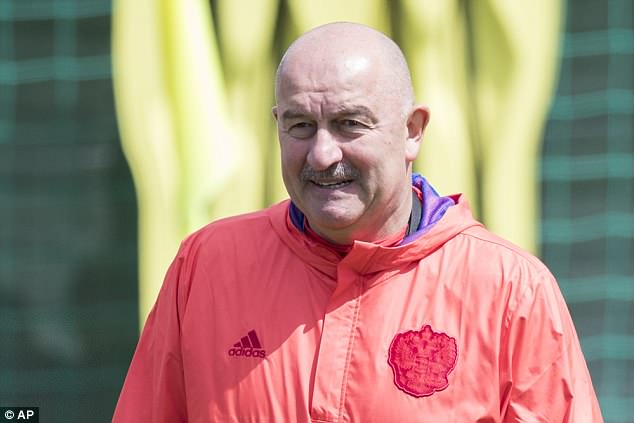 The hosts came into the tournament as the lowest-ranked team but have defied the odds with some hugely impressive performances to reach the last eight.

It was an almost monumental feat to hold their nerve and progress past the mighty Spain in their round-of-16 clash, especially on penalties.

Denis Cheryshev netted Russia’s fourth straight penalty to heap the pressure on Iago Aspas, who consequently missed and consigned Spain to defeat. And Cheryshev revealed the flood of emotions which overcame him following the game.

‘I cried a little bit. And I think I might cry again. But these were good tears,’ he said in a video released by the Russian team on Monday, less than a day after beating Spain. 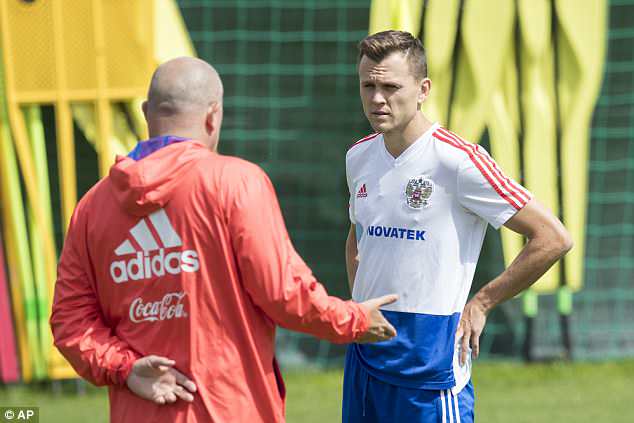 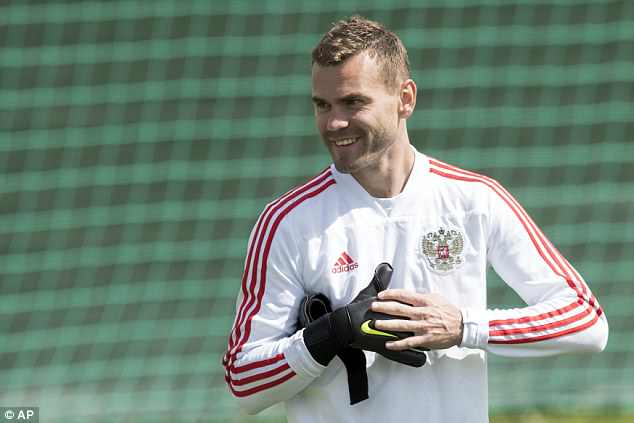 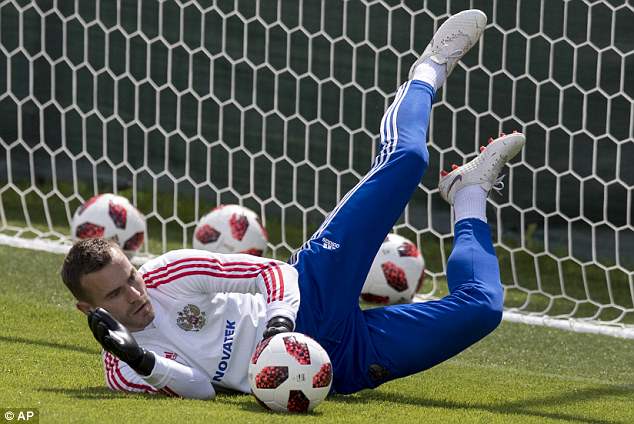 He underwent another arduous training session, perhaps preparing for another shootout 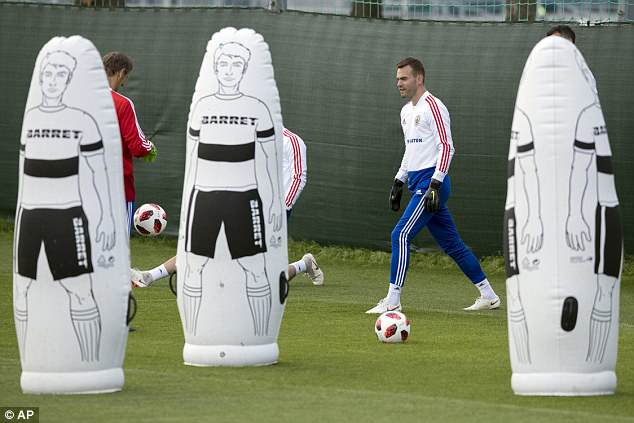 Cheryshev, 27, has endured a litany of injuries in his career, limiting his time in the national side, but three goals at this World Cup have turned him into one of the team’s leading players.

‘We worked a long time for this, I was striving for this a long time. We are really pleased. We really want to keep it like that,’ he said.

‘The whole country deserves it. I hope everyone is proud of us, is proud of our team. Now we have to go forward.’

Meanwhile, penalty shootout hero Igor Akinfeev, who underwent a serious working out in training, has said the squad must stick to a proven formula for success if they are to best Croatia in…