‘I cried like a baby in my prison cell’: Bayern Munich legend Uli Hoeness on his time in jail for tax evasion and says fans know he has ‘ripped open my a**’ for them

Bayern Munich president Uli Hoeness admitted he ‘cried like a baby’ during his time in jail for tax evasion in 2014.

The 67-year-old, who is set to step down as club president on November 15, has revealed he received ‘touching’ support from the Bayern fans that brought him to tears after evading €28m in taxes.

‘My biggest mistake was my taxation. I deeply regret it and criticism of it is highly justified,’ Hoeness said in an interview with Bayern’s official club magazine, 51. 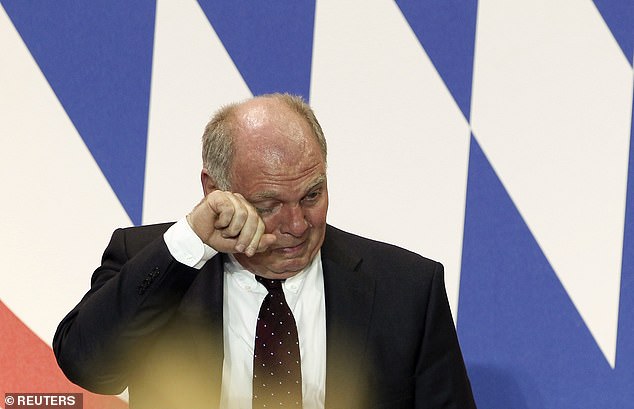 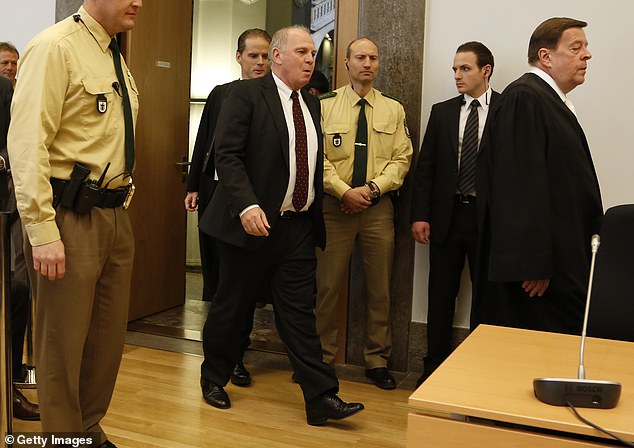 In March 2014, Hoeness was sentenced to three-and-a-half years at Landsberg Prison. He stepped down from his position at Bayern Munich and started his jail time a few months later.

He was then released from prison midway through his sentence in February 2016 but kept a low profile immediately afterwards.

‘In hard times, I remember the fates of some of the people that I saw in there. One day, somebody sat in my cell, even though he was free to go. He said he did not know what to do. At some point, he was just sitting in a taxi with nowhere to go. Experiences like that are not lost on me.’

In 2013, Bayern Munich won the Champions League final with victory over rivals Borussia Dortmund, with Hoeness in attendance. The 67-year-old had his house raided not long before the European triumph and he was aware it was likely he would be taken to trial in the near future.

Despite his wrongdoing, the Bayern faithful stuck by him and showcased unwavering support at Wembley Stadium. 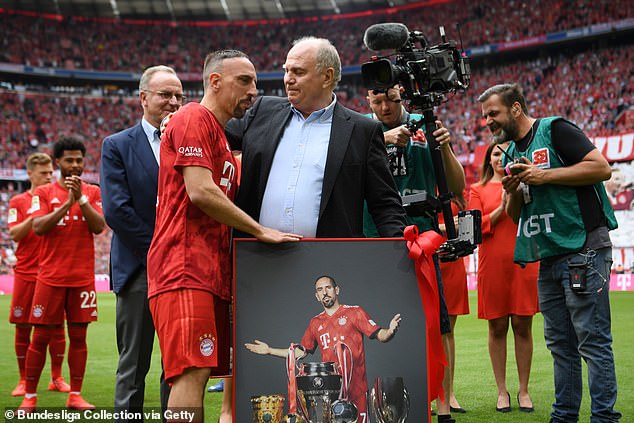 ‘Franck Ribery cried and the fans sang my name. That moved me beyond belief,’ said Hoeness.

‘Some of the letters I got in prison were so touching that I cried like a baby in my cell.’

Read More:‘I cried like a baby in my prison cell’: Bayern legend Uli Hoeness on his time