Sergio Aguero uses Premier League Player of the Month awards to hold up his PS4 camera while playing FIFA 20… and his real-life reactions are spookily similar to his character in the game!

Sergio Aguero has been making sure he’s getting in plenty of time on the pitch during lockdown, albeit the virtual one in the video game FIFA 20.

The Manchester City star showed off his gaming setup, which includes an array of hat-trick match balls, and a PlayStation 4 camera held up by a couple of Premier League Player of the Month trophies.

In a couple of videos posted to his girlfriend Sofia Calzetti’s Instagram story, he showed that he’s just as deadly in the game as in real life. 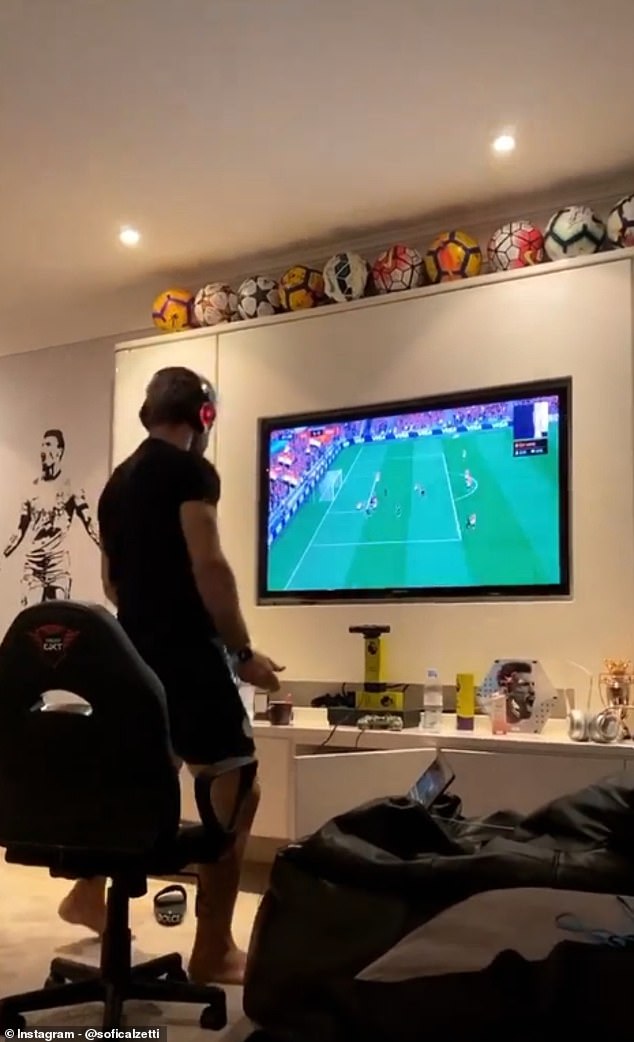 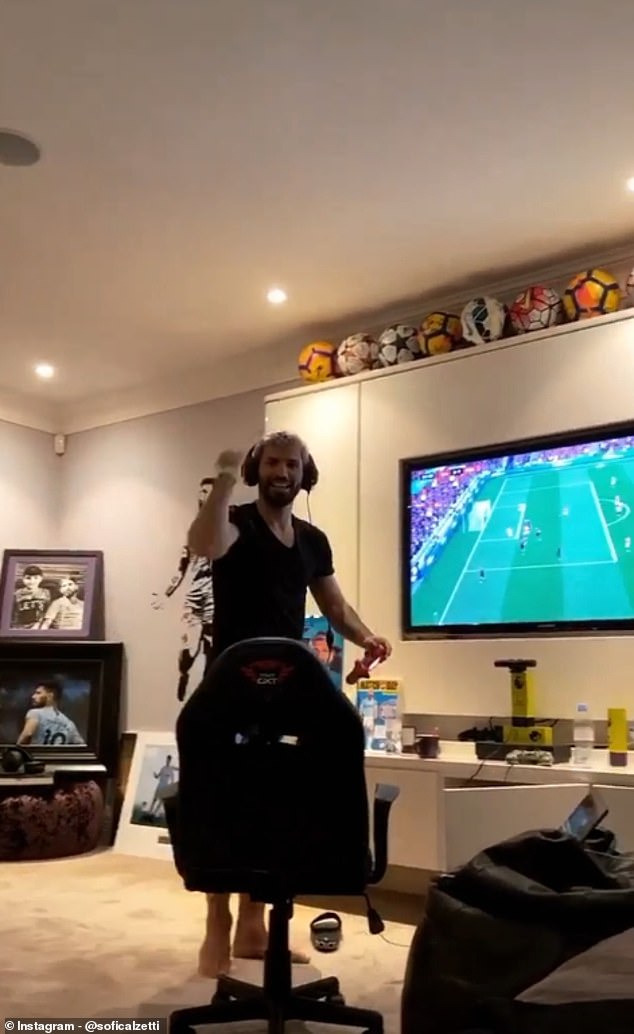 ‘He is winning three games in a row and he can’t believe it,’ wrote Calzetti as Aguero jumped out of his chair after scoring a goal.

Of course, his gaming doesn’t always go to plan, as shown in a clip taken by ESPN from the striker’s Twitch gaming channel.

After missing a chance with his own in-game representation, the real-life Aguero puts his hands to his head in frustration, and a moment later the virtual Aguero does exactly the same thing. 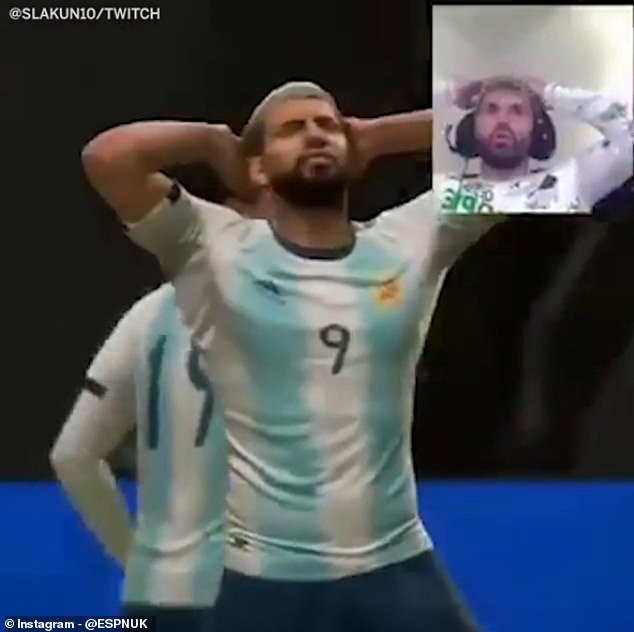 Aguero has scored 12 Premier League hat-tricks, overtaking Alan Shearer’s record of 11 in January this year in a 6-1 win over Aston Villa.

He also holds the record for Premier League Player of the Month awards. He earned his seventh for his performances in January, surpassing Harry Kane and Steven Gerrard who each have six.

He doesn’t display them as proudly as some of his other awards though, instead using a couple to prop up a PS4 webcam. 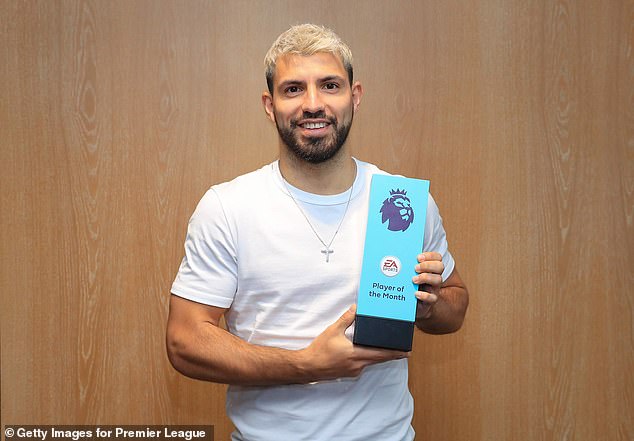 Plenty of footballing stars have been putting in serious hours on their gaming consoles during the coronavirus lockdown.

The ePremier League Invitational tournament had players representing their real life teams in the game, and eventually Wolves’ Diogo Jota defeated Liverpool’s Trent Alexander-Arnold in the grand final, with the proceeds going to charity.

Meanwhile, Manchester City will be hoping they can hang onto their star striker, with Argentine side Independiente ramping up their efforts to bring their former player back.

‘I was screaming!’ – Bruno Fernandes reveals his wild hotel celebrations after