‘I will not change myself’: Bayern Munich boss Niko Kovac refuses to back down after angering fans by claiming former club Frankfurt have Bundesliga’s best supporters

Bayern Munich boss Niko Kovac has refused to back down after infuriating the club’s own fanbase, by claiming his former side Eintracht Frankfurt have the Bundesliga‘s best supporters.

The Croatian was asked the question recently and preferred to be straightforward with his answer, delivering his honest verdict to reporters.

After being questioned about his words, Kovac has now insisted he will not ‘change myself or my character’ and will ‘pack it in’ if honesty is no longer desirable. 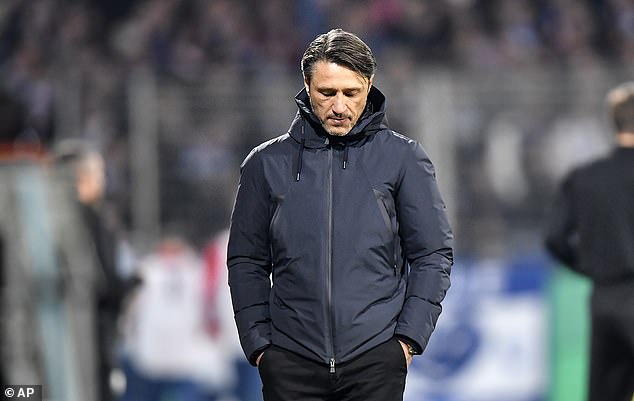 Speaking after Bayern’s slender 2-1 victory over second-tier Bochum in the DFB-Pokal on Tuesday, Kovac said: ‘I watched three of their [Europa League] qualifying games at the beginning of the season – there was some great choreography and I thought it was great.’

Kovac won the DFB-Pokal with Frankfurt in 2017-18, before later going on to be appointed Bayern manager at the Allianz. 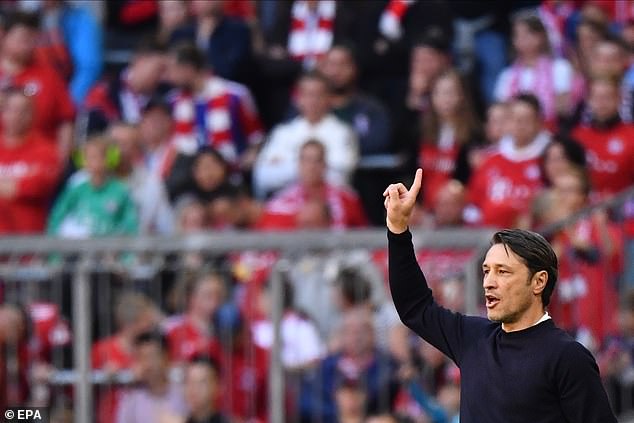 Kovac stressed the importance of honesty, after he said Frankfurt fans were the league’s best

‘We also have great fans. I felt that last season, especially towards the end against Frankfurt and also in the cup when my name was chanted,’ Kovac added.

‘I know how important the fans are for us. I did not say we have bad fans – they are also great. But in the big picture, Frankfurt have a great and unique atmosphere unlike anywhere else in the Bundesliga.