Manchester City are considering offering a new deal for star striker Sergio Aguero, according to The Mirror.

The Argentinian, now 32, was expected to leave the club and potentially return to boyhood team Independiente at the end of his current contract in 2022.

However, the club are still seeking a replacement for the club’s record goalscorer and have doubts over Gabriel Jesus’ suitability to step up to the role, meaning they may propose a one-year extension for Aguero. 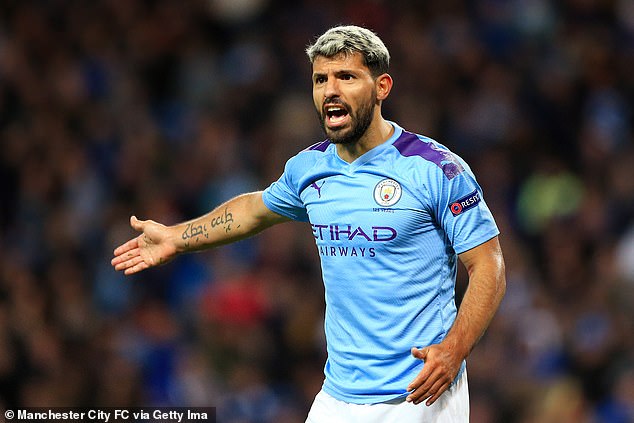 Since joining the club in 2011 from Atletico Madrid, Aguero has found the net 254 times in 370 games to hold the all-time scoring record.

This campaign, Aguero has scored 23 goals in 32 games as his form continues to hold strong despite his advancing years and the competition from Jesus.

However, Aguero will miss the rest of the season through a knee injury, on which he has already had surgery. 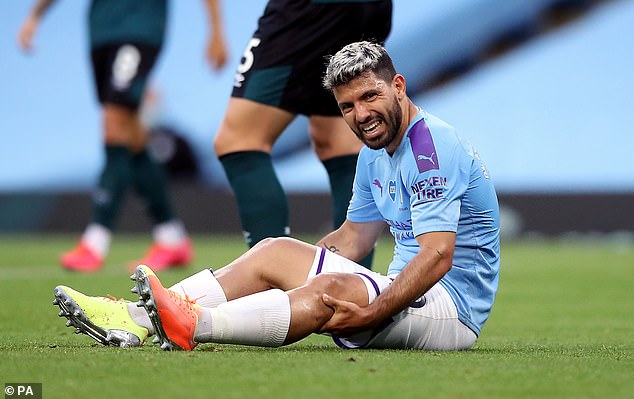 The Argentinian, 32, will likely miss the rest of the season due to injury sustained to his knee

Trent Alexander-Arnold goes from ecstasy to heartbreak in ePremier League