Diego Costa warned Spain coach Fernando Hierro that Koke would miss his spot-kick against Russia, according to reports in Spain.

The footage from Spanish TV channel Cuatro appeared to show Diego Costa telling Hierro: ‘I told you’, after his Atletico Madrid teammate missed one of Spain penalties on Sunday.

The video first showed Costa, who could not take a kick because he had been taken off, question Hierro’s decision to give Koke the third kick. 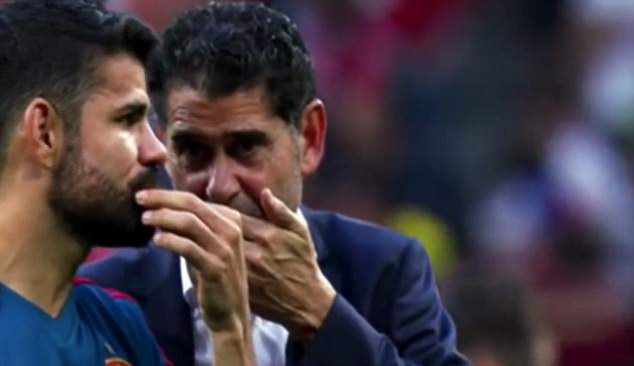 ‘Is he okay?’ he asks when Koke is selected.

There follows moments of doubt with Ramos and Hierro in conversation and finally Koke joins the the debate and says: ‘Yes, I’m fine,’ when asked by Hierro.

Russia scored all of their penalties but both Koke and Iago Aspas missed for Spain. 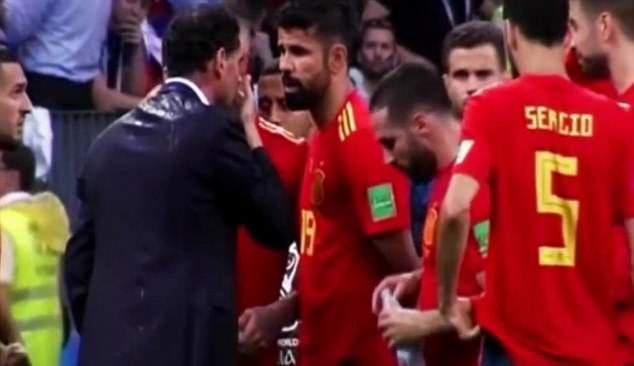 Cesc Fabregas, analysing for the BBC called the penalty from the midfielder: ‘one of the worst penalties you can have. Not in the middle, but on the side, halfway.’

The former Spain international added: ‘It’s not difficult for the goalkeeper.’

Speaking about spot kicks England coach Gareth Southgate recently said of his miss at Euro ’96 that he had taken the kick more out of a sense of responsibility than a belief that he would score.

He said: ‘Sometimes the braver thing is not to take one.’ 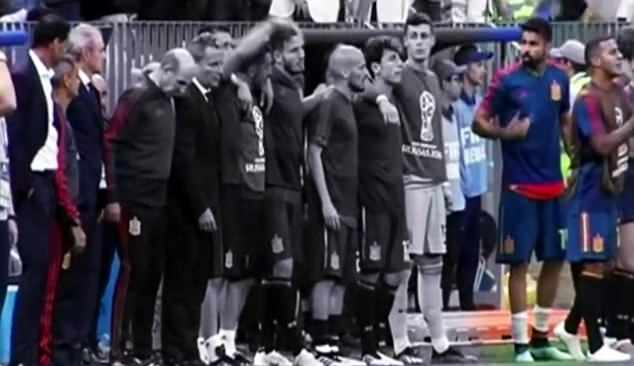 Costa was seen gesturing towards Hierro and saying. ‘I told you so!’ after Koke’s penalty miss 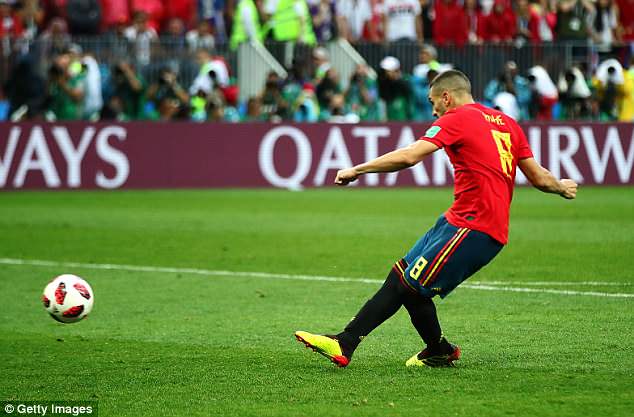 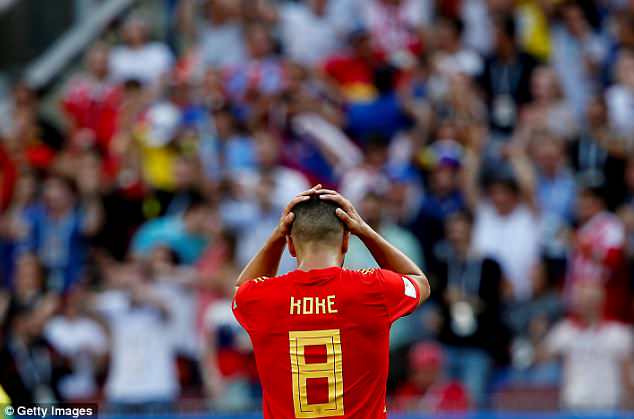 
Read More:Costa at centre of penalty storm after voicing concerns about Koke