Now that’s what you call an away end! German side Dynamo Dresden create a ‘yellow wall’ after taking 35,000 fans on 250-mile round trip to Berlin for German Cup clash with Hertha… only to watch their side lose on penalties after thrilling draw

Dresden fans are known for their passionate and immense support, and they formed a ‘yellow wall’ in the Olympiastadion, similar to the famous Borussia Dortmund yellow wall at home games.

They brought huge banners, flags and flares to the match, but did not see their team progress after a crushing penalty-shoot-out defeat.

SCROLL DOWN FOR VIDEO 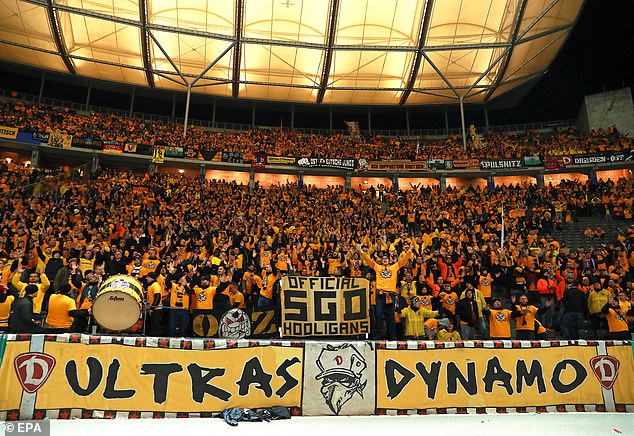 Dynamo Dresden brought a staggering 35,000 fans to the Olympiastadion in Berlin 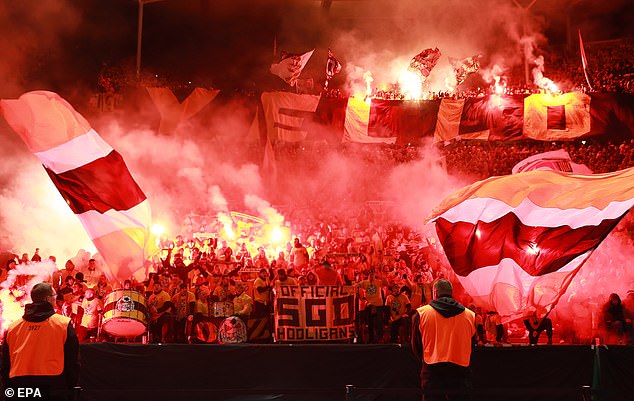 The away supporters brought flags, banners and flares for the second round cup contest 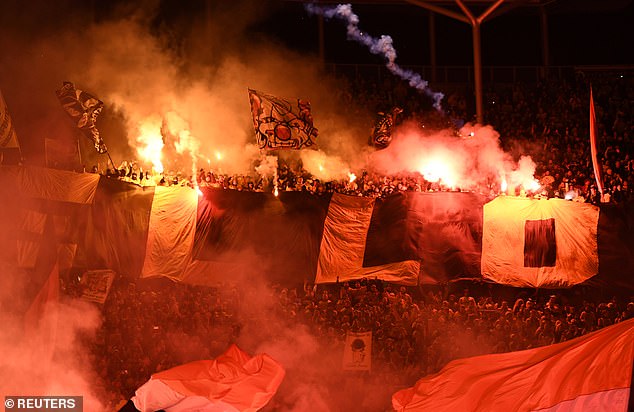 But they did witness a thrilling game, which ended 3-3 after-extra-time with both teams saving themselves from elimination with last-minute goals.

Dresden have a home gate of around 28,000 in their 32,085 capacity stadium in the south-east of Germany.

But their away support is famous – they brought 20,000 fans with them to the Allianz Arena three years ago, for a cup game against 1860 Munich.

In Wednesday’s match, Dresden were 2-1 down in normal-time before Patrick Ebert’s penalty sent the game to an additional 30 minutes.

The Bundesliga 2 side were on the verge of an upset after taking a 3-2 lead, but were pegged back in extra-time stoppage-time – Jordan Torunarigha scoring Hertha’s equaliser.

Fittingly, the game went to a shoot-out, where Hertha prevailed 5-4 after Kevin Ehlers failed to convert in sudden death. 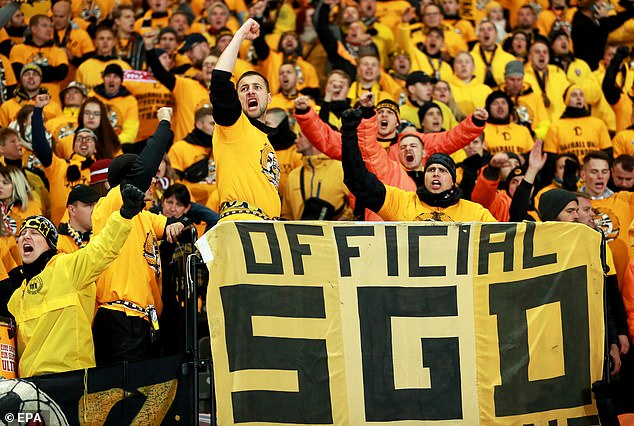 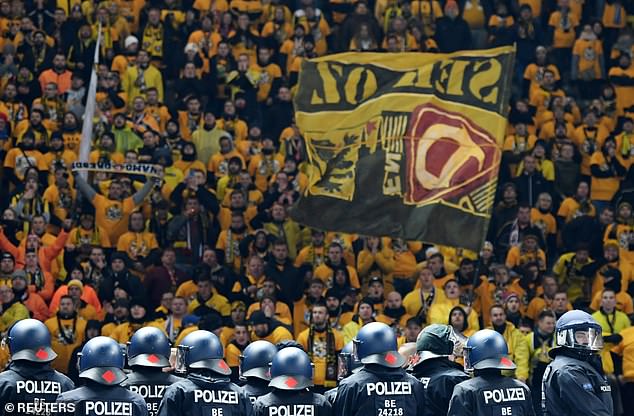 The Bundesliga club progress to the round-of-16, and will discover who they play in Sunday’s draw.