Former Manchester United goalkeeper and World Cup winner Ron-Robert Zieler may not want to remember his Bundesliga 2 exploits with current club Hannover on Saturday in a hurry.

The experienced keeper, who returned to the club where he has punched the most balls of his career during the summer, reacted frustratedly to a 95th-minute equaliser at the end of a thrilling 3-3 draw for Hannover at Karlsruher.

Swinging his fist at the ball as it bounced back across the penalty area following the late leveller, Zieler accidentally caught goalscorer Daniel Gordon in a sensitive area, sending the defender writhing across the byline. 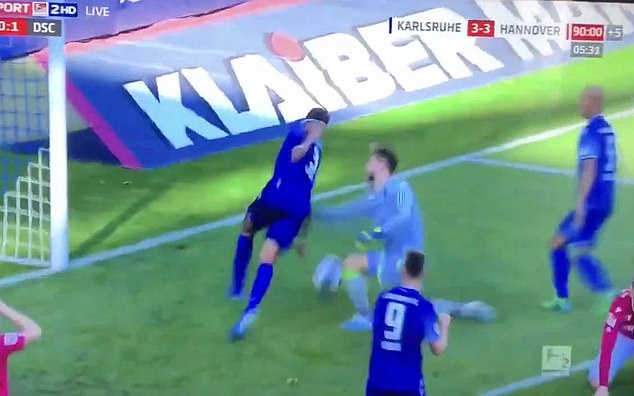 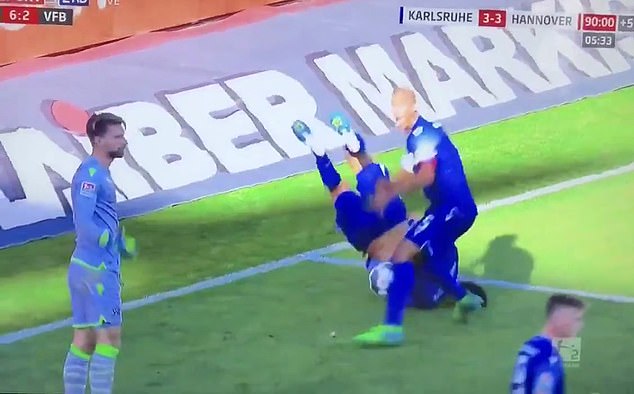 As Gordon collapsed to the ground, Zieler, who had already conceded a penalty, seen Gordon score the first of his two goals and watched Hannover go ahead twice, received his marching orders for a second yellow card.

Hannover had used of all their substitutes, forcing coach Mirko Slomka to put defender Josip Elez in goal for the final seconds of a frantic ending to a match in which they had taken a 93rd-minute lead through German forward Hendrik Weydandt.

Elez did not have to make a save as Hannover stretched their unbeaten away run to three matches, although they missed out on a win that would have taken them to fifth in the table and will be without the banned Zieler for a game.

Jan Schlaudraff, Hannover’s Sporting Director, described the match as ‘pure spectacle’. ‘Of course, the yellow-red card against Ron is unfortunate,’ he added.

‘He actually wants to hit the ball out of frustration and then does not hit the ball, but the opponent. That’s a yellow card and therefore a red.’ 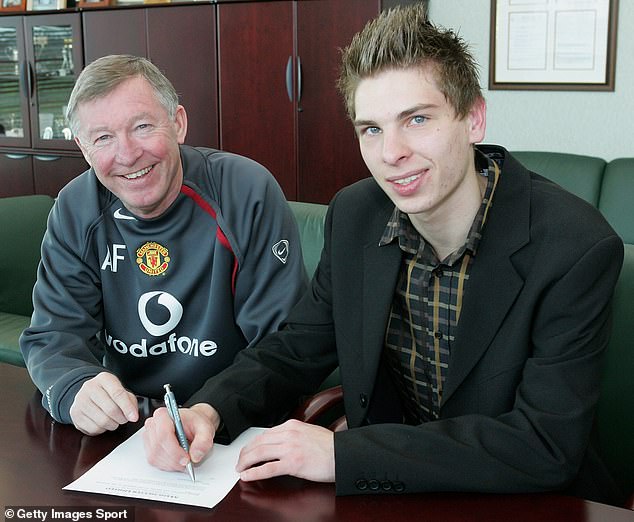 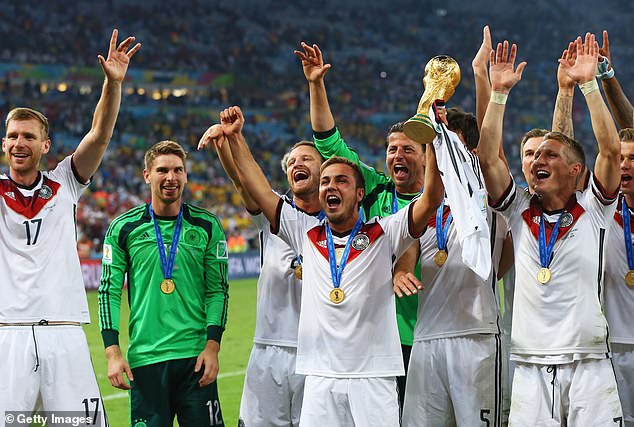 Hannover will miss the experience of a player who has made more than 200 appearances for the club, having begun his career in Manchester United’s youth setup between 2005 and 2008.

Zieler signed professional forms with then-United manager Sir Alex Ferguson at the end of his apprenticeship, but never made an appearance for the club’s senior side.

The 30-year-old, who was part of Germany’s World Cup-winning…