Juventus summer signing Adrien Rabiot is set to get a run of game time during an upcoming flurry of fixtures, having only featured three times in Serie A this season.

The 24-year-old, who signed on a free from PSG, is said to be already considering his future in Turin having so far acted as Blaise Matuidi’s understudy.

Maurizio Sarri has condemned him to the bench but the former Chelsea coach is convinced he will still play a part this season, according to Tuttosport. 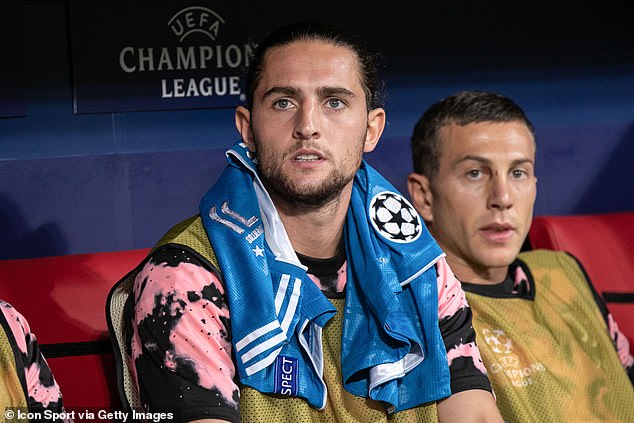 Adrien Rabiot, 24, is contemplating his Juventus future due to a lack of playing time

He is also behind Miralem Pjanic, Sami Khedira and Aaron Ramsey in the pecking order and reports suggest his club are ready to offer him as part of a deal to bring Christian Eriksen to the Allianz Stadium in January.

Rabiot’s last appearance came against SPAL in a routine 2-0 win for Juve last month and he was substituted after 77 minutes.

The Frenchman played 90 minutes against Brescia the week before and came on after an hour on match day one versus Parma. 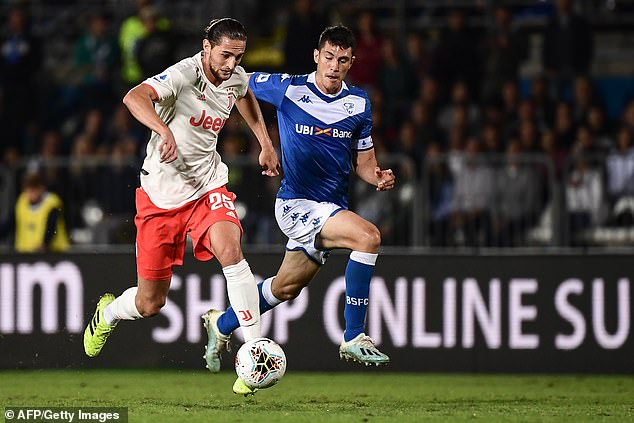 He’s also had his wings clipped in the Champions League, playing just 12 minutes, although a busy schedule of Serie A and European games could see him play more.

After the international break, in which Rabiot hasn’t featured, Juventus begin a run of fixtures that sees them immediately play two games in three days, including a Champions League tie against Lokomotiv Moscow.

Over the following ten days they play four times, including the reverse fixture against Lokomotiv in Russia.

But with Christian Eriksen able to leave Spurs on a free next summer, Daniel Levy is keen to cash in on the Dane and Juve could be tempted to add to their already stacked midfield.

Should the deal go ahead, it would bring Rabiot’s six-month stint in Italy to an end following his move from Paris Saint-Germain in July.

According to Calciomercato, Rabiot’s patience is running thin at the lack of game time.

He had previously been linked with Barcelona and the Italian outlet claim his representatives have held informal talks with the club regarding a move. 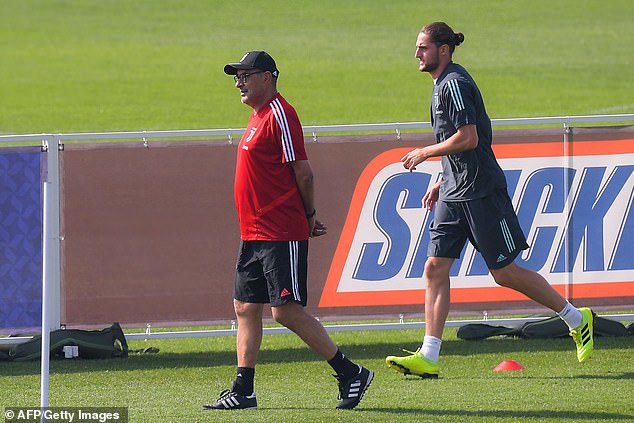 Read More:Sarri ‘set to give Napoli’s Adrien Rabiot a chance to impress during hectic run