Borussia Dortmund winger Jadon Sancho has been ‘dropped and fined’ by the club after coming back late from England duty.

His manager Lucien Favre has decided to discipline his star man for the Bundesliga clash with Borussia Monchengladbach despite Sancho chipping in with three goals and five assists in six appearances this season.

Dortmund are ninth in the German top tier this season after a mixed start, and welcome the surprise league leaders to Signal Iduna Park on Saturday. 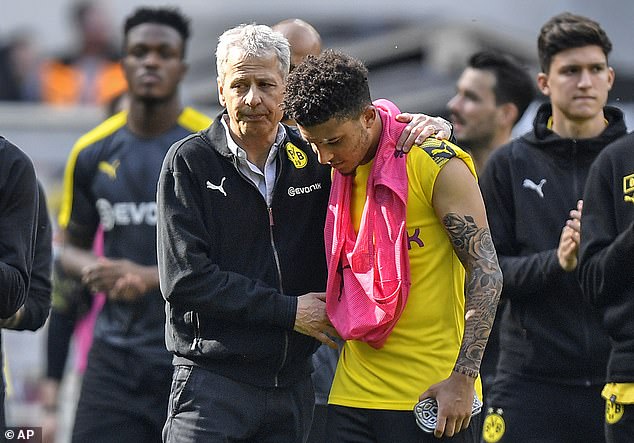 According to Kicker, Favre is laying down the law to a player who has a history of tardiness at the German giants.

In the 2017/18 campaign Sancho was temporarily sent to the U23 squad by former manager Peter Stoger after turning up late for training on a number of occasions.

Speaking before the important clash with the league leaders on Thursday, Favre said Sancho ‘still has a lot to learn’.

‘The expectations of Jadon are enormous, but that is dangerous. Jadon is a great player, no discussions, but he still has a lot to learn.’ 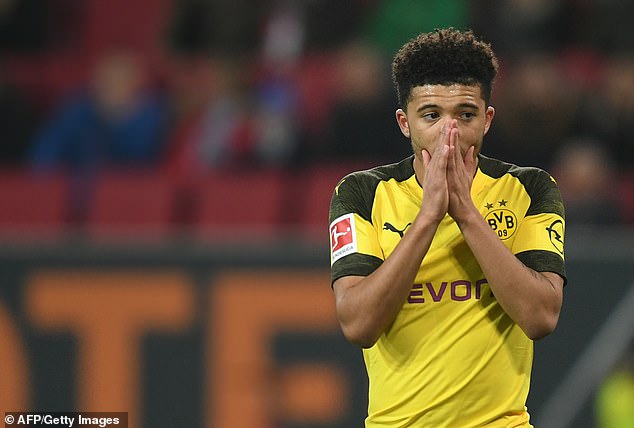 It is not the first time Sancho has been disciplined for lateness, the last coming in 2017/18 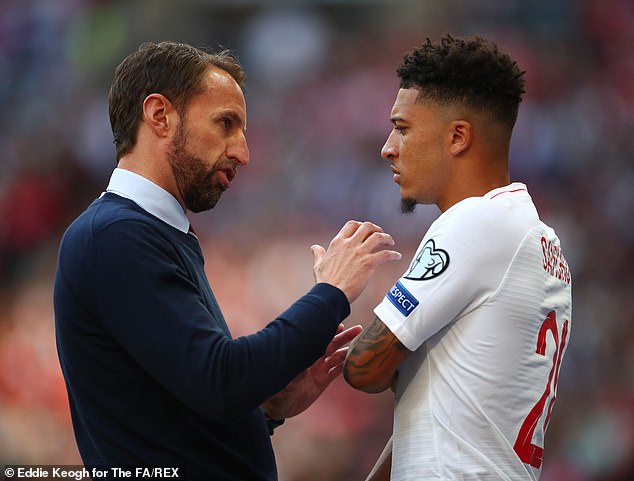 Sancho was largely ineffective as England were beaten by the Czech Republic 2-1 for their first qualifying defeat in ten years.

He then came on for the Three Lions in their 6-0 demolition of Bulgaria. He scored twice in last month’s 5-3 success against Kosovo as he has come into the thoughts of manager Gareth Southgate.

Recently Sancho has been linked with moves to the Premier League after a stellar season in Germany last year. He scored 12 goals and provided 14 assists as Dortmund finished as runners-up to Bayern Munich and reached the Champions League knockout stages.

Read More:Jadon Sancho ‘left out of Dortmund squad after the star returned late from