By Alex Martin For Mailonline

Chelsea will look to make Aleksandr Golovin one of the first signings under Maurizio Sarri with a £27million deal in the works.

The former Napoli boss is set to be appointed early this week and is aiming to make up for lost time by pushing through a deal for Russia‘s World Cup star.

Golovin has been the standout performer in Russia’s surprise run to the World Cup quarter-finals and has courted interest from Juventus as well. 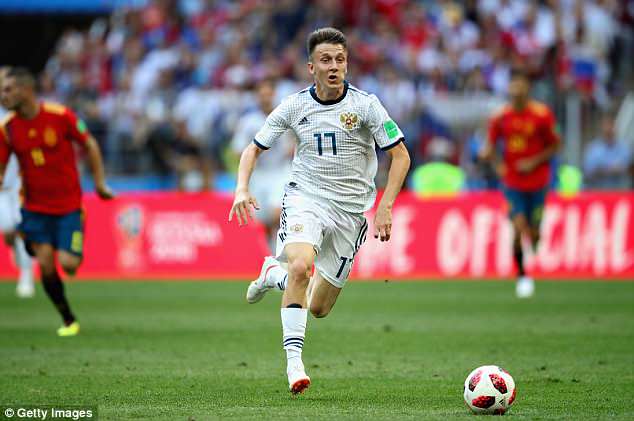 But Chelsea are hoping to steal a march on the Serie A champions by placing a bid with his club CSKA Moscow in the early days of Sarri’s reign.

After protracted negotiations with Sarri’s club Napoli over compensation, and current boss Antonio Conte, Chelsea find themselves up against it in terms of building for the new campaign.

New regulations will see the English transfer window close on the day the Premier League begins on August 11, giving Sarri just over a month to piece together a squad capable of getting back into the Champions League. 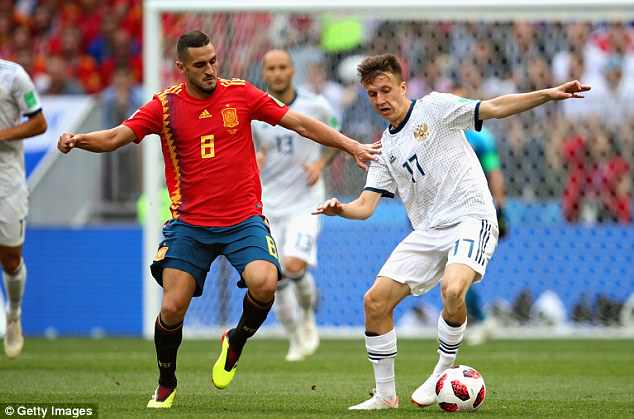 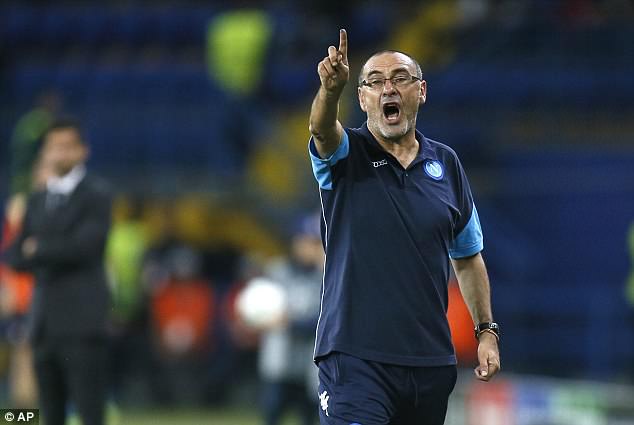 That is why Chelsea are keen to get a deal in place for Golovin, even though they will not be able to reach an agreement with the man himself until Russia’s World Cup involvement is over.

The 22-year-old was the architect of Saudi Arabia’s downfall in the opening game of the World Cup, scoring one goal and providing two assists in the 5-0 victory which set them on course for the knockout stages.

He also played 120 minutes against Spain and converted a penalty past David de Gea in the resulting shoot out.