Reece James will quickly be hoping to forget about his Wednesday afternoon after being humiliated by Andre Gomes at FIFA.

The Everton midfielder demolished the Chelsea youngster 8-0 in the ePremier League Invitational – a tournament in which top-flight stars represent their own teams on FIFA 20.

And Gomes completely tormented James on Wednesday to seal his progression to the next round of the FIFA tournament. 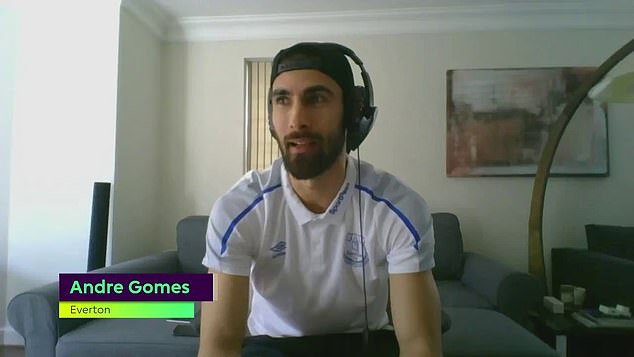 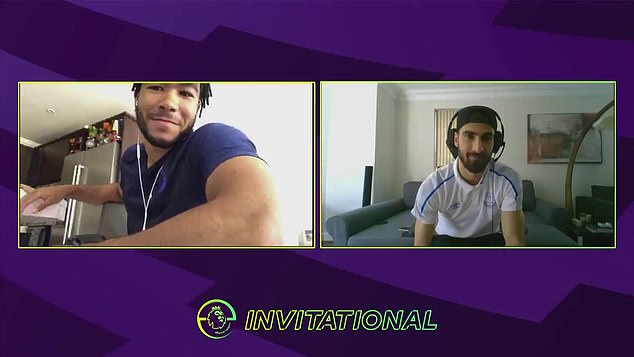 Gomes struck a first-half hat-trick through Dominic Calvert-Lewin, while Bernard also got on the scoresheet for the Toffees to leave James completely red-faced.

Portuguese midfielder Gomes will face Manchester City star Raheem Sterling next for a place in the semi-finals of the competition.

And to make matters ten times worse for James following his thrashing, Gomes declared he is pretty much a novice at FIFA.

James initially amusingly revealed: ‘At the start of the game, he said, “I’m ok I play sometimes”, and then he does this – it doesn’t match up.’ 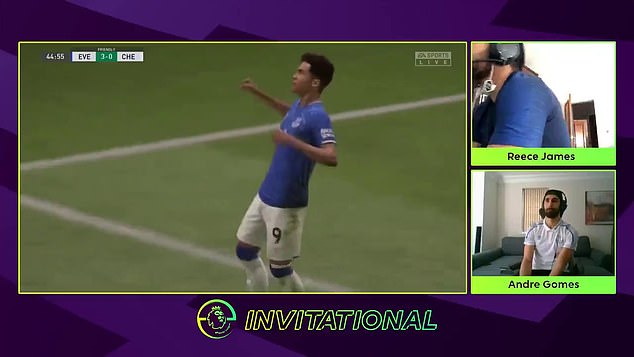 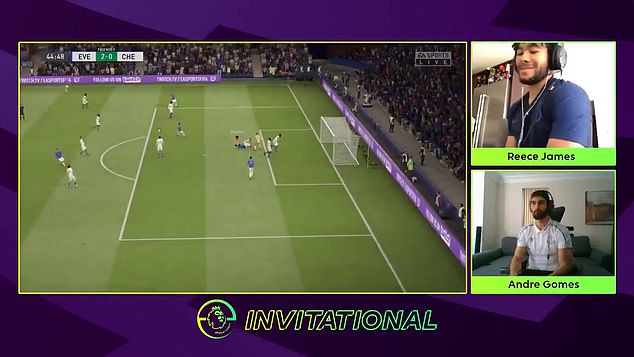 And then when asked whether he was conning James, Gomes replied: ‘No honestly, when we have the normal routine, workouts with the cub, just preparing for the games, I never play FIFA, never.

‘I didn’t touch the PlayStation until maybe like one week ago, so I think I did some practice and that’s it.’

The Premier League initially launched the ePremier League competition for the 2018-19 campaign as some of the best players from across the UK competed as they represented their favourite club.

However, with the competition suspended due to the ongoing coronavirus pandemic, the English top-flight have decided to launch the ePremier League Invitational, with stars from each 20 clubs playing as their own team. 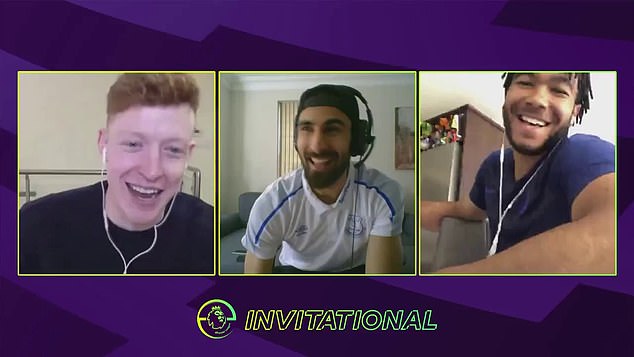 After his victory, Gomes revealed he hardly plays FIFA – much to the embarrassment of James

The Premier League stars are competing against each other in a knockout tournament from their own homes, with the final being shown live on Sky Sports on Saturday, April 25.

The overall prize fund will then be donated to the #PlayersTogether initiative,…