Igor Akinfeev’s hard work on the training ground clearly paid off during Russia‘s penalty shootout victory over Spain at the World Cup.

Russia held Spain to a 1-1 draw after extra-time in the last-16 World Cup clash but the hosts came out on top during the penalty shootout, winning 4-3 thanks to Akinfeev’s heroics.

The CSKA Moscow goalkeeper saved two penalties in Moscow, one from Koke and the other from Iago Aspas, which won the game for the jubilant Russians. 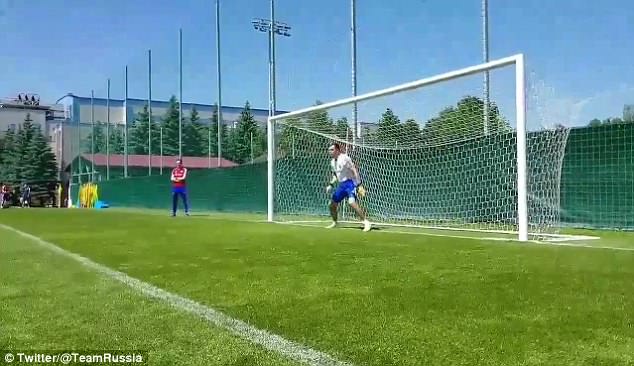 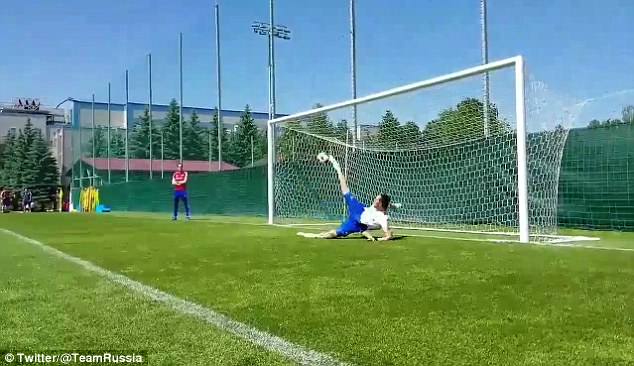 But it was Akinfeev’s save off Aspas that got everyone talking for all the right reasons after the goalkeeper brilliantly denied the Spaniard with his dangling left foot.

And it has emerged that Akinfeev had been practising saving penalties with his feet during Russia’s training sessions at the World Cup.

Russia’s official Twitter account posted a video of Akinfeev saving a very similar penalty off his team-mate Artem Dzyuba to the one he pulled off against Aspas. 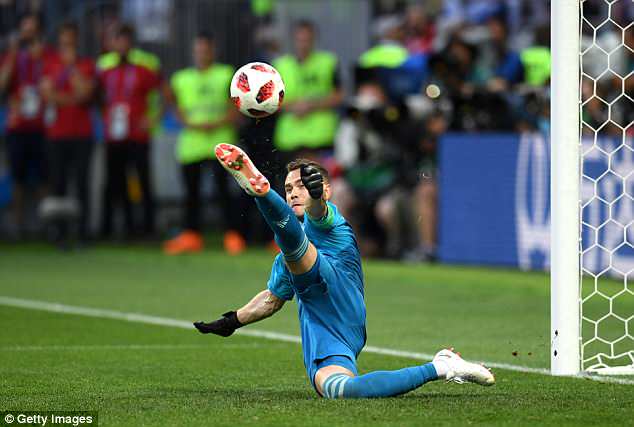 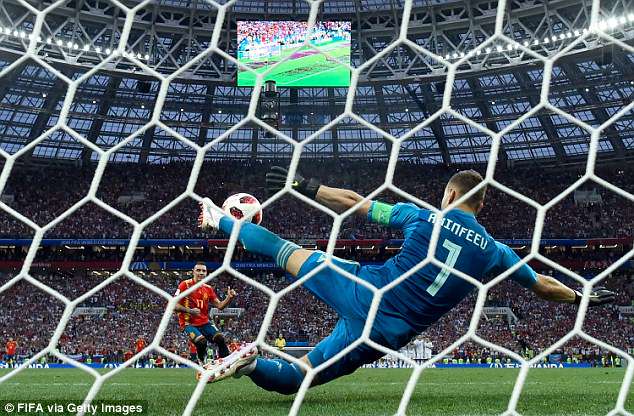 In the social media video, the 32-year-old goalkeeper is filmed saving the spot-kick with his out-stretched right foot.

The country’s Twitter account captioned their post: ‘Let’s open you to a secret: it was Artem Dzyuba who trained Igor for the last questionable penalty in the shootout’.

Russia will face Croatia in the quarter-finals of the World Cup, after Luka Modric and Co nervously beat Denmark thanks to a penalty shootout as well. Read More:Igor Akinfeev practised saving penalties with his dangling feet prior to heroics