Italy have unveiled a striking new green kit to celebrate their new generation of young stars coming through the ranks.

The ‘renaissance’ kit, designed by Puma, is inspired by a jersey the Azzurri once wore all the way back in 1954 – when they beat Argentina 2-0.

Most football fans would associate Italian national teams with blue and white kits, but the side have opted to go in a new direction. 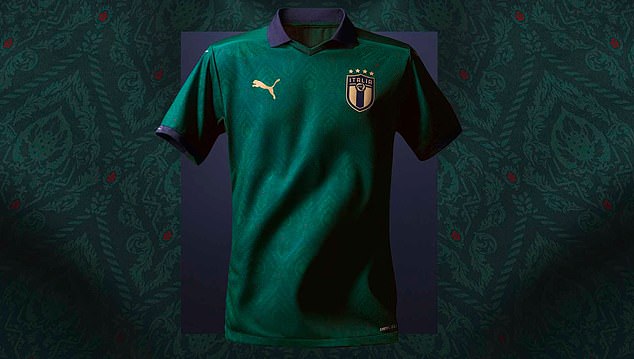 Italy have revealed their brand new green kit, a tribute to the Italian side from the 1950s 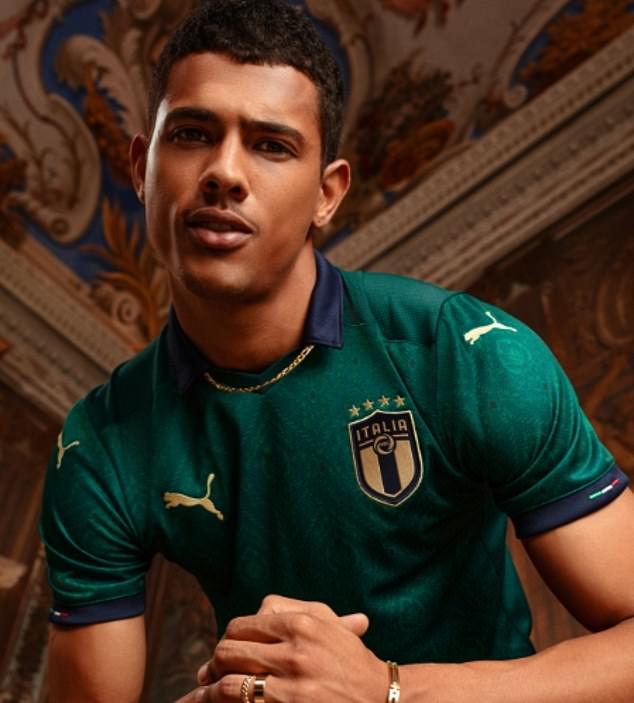 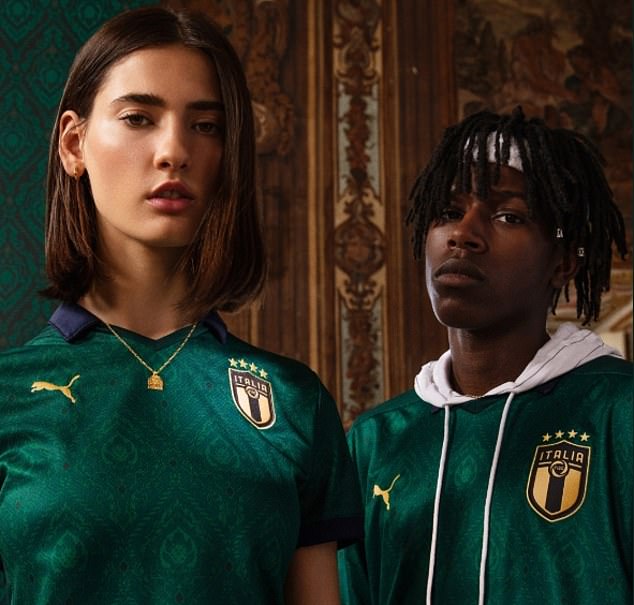 Designer Puma has incorporated a navy blue collar, with matching detail on the sleeves

The sleek kit features a predominantly emerald green colour throughout, with a navy collar and matching detail on the sleeves.

Interwoven in the design is also a renaissance mosaic pattern, which is a tribute to Italy’s rich history, as well as their upcoming future – with a host of players aged under 25, such as Nicolò Zaniolo and Federico Chiesa, in the current squad.

Puma have decided to put its manufacturing logo and the team’s badge in gold to ensure the kit really sticks out. 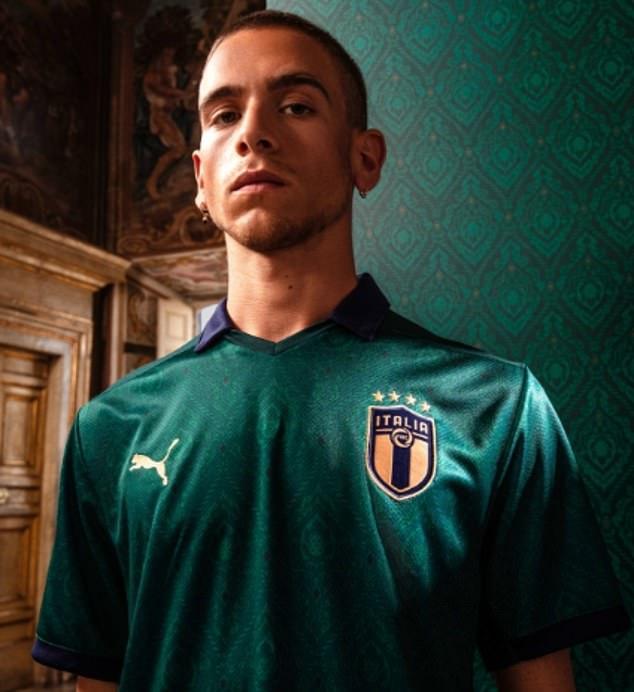 And the new jersey has certainly whipped up a storm on social media, with fans taking time out to admire the new designs.

One user said the Italian national side ‘don’t do ugly kits’, while another said the shirts were ‘straight up gorgeous’.

Fans will get a glimpse of Italy in their stunning new strip when Roberto Mancini’s team take on Greece in a Euro 2020 qualifier on Saturday at the Stadio Olimpico.

A win for Italy will see them confirm their place at the Europe-wide competition.