‘He breaks the ice straight away and makes you feel like you are talking to anybody else’: Juventus new-boy Aaron Ramsey lifts the lid on playing alongside Cristiano Ronaldo

Juventus midfielder Aaron Ramsey has spilled the beans on what it’s like to have Cristiano Ronaldo on his team, saying he is ‘just a normal man’.

Former Arsenal star Ramsey, who joined the Old Lady on a free transfer this summer, says he has been welcomed into the Turin-based side by the five-time Ballon D’or winner.

Wales international Ramsey has made five appearances in all competitions for the club this season, starring alongside Ronaldo on four of those occasions. 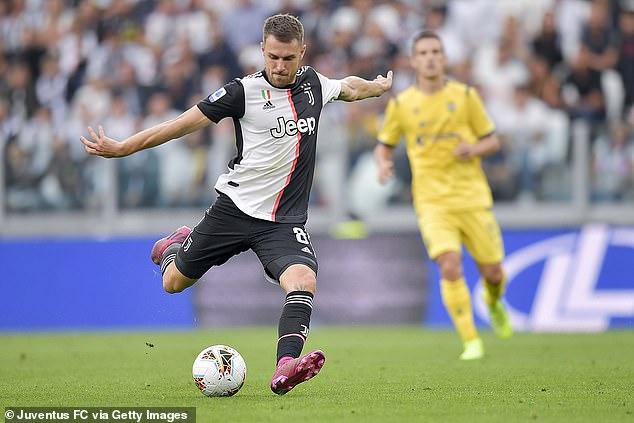 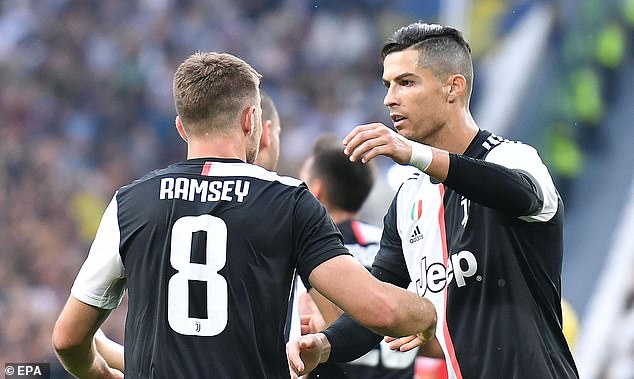 Ramsey embraces with Ronaldo after his strike, with the Portuguese star providing the assist

Last month the 28-year-old scored his first goal for the club against Verona – assisted by the Portuguese superstar – and now Ramsey has revealed his experience of having him on his team.

‘He was just like everybody else, really welcoming,’ he told BBC Sport.

‘Of course, he is one of the greatest to play the game but he is just a normal man. 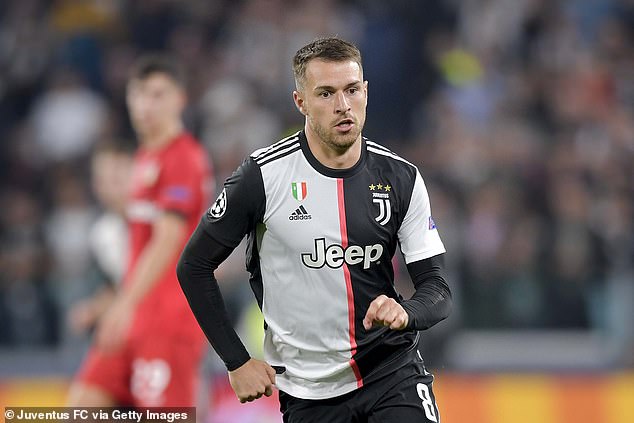 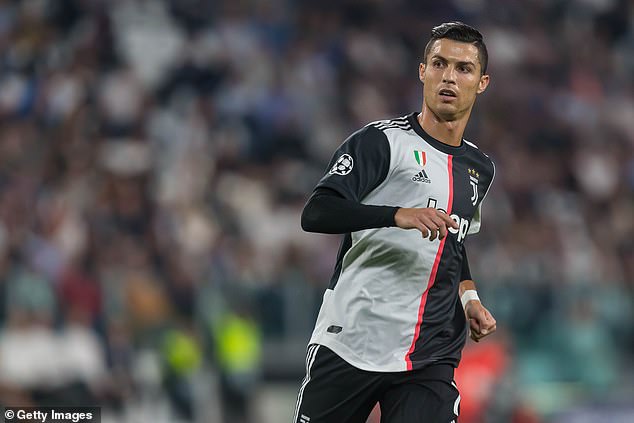 ‘He breaks the ice straight away and makes you feel like you are talking to anybody else. There is a family feeling about the whole club.’

Ramsey says the reigning league champions, who have clinched the Scudetto on each of the last eight seasons, are driven towards success and determined to take home the crown once again.

‘Everybody is in it to achieve one thing: to win football matches and trophies, he added. ‘Everybody is driven and very focused on what they need to be doing.’