Passed to death. That should be Spain’s epitaph at this World Cup. They tried to pass Russia into oblivion but succeeded only in extinguishing themselves.

They set records, collectively and individually, for passes made, but what did they amount to? Their goal was an own goal and when it came to a cruder, simpler discipline from 12 yards, they were found wanting.

If Russia coach Stanislav Cherchesov actively played for penalties, maybe he is the tactical genius of this World Cup. He won a game against one of the favourites — albeit one that entered in disarray and never met expectations — with a team of inferiors, based on little more than heroic resistance. 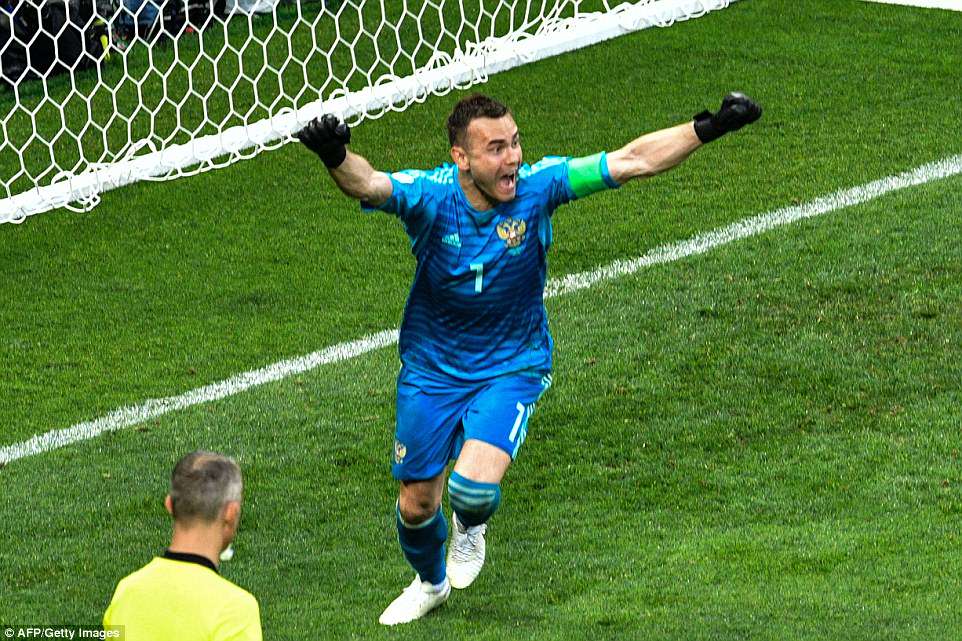 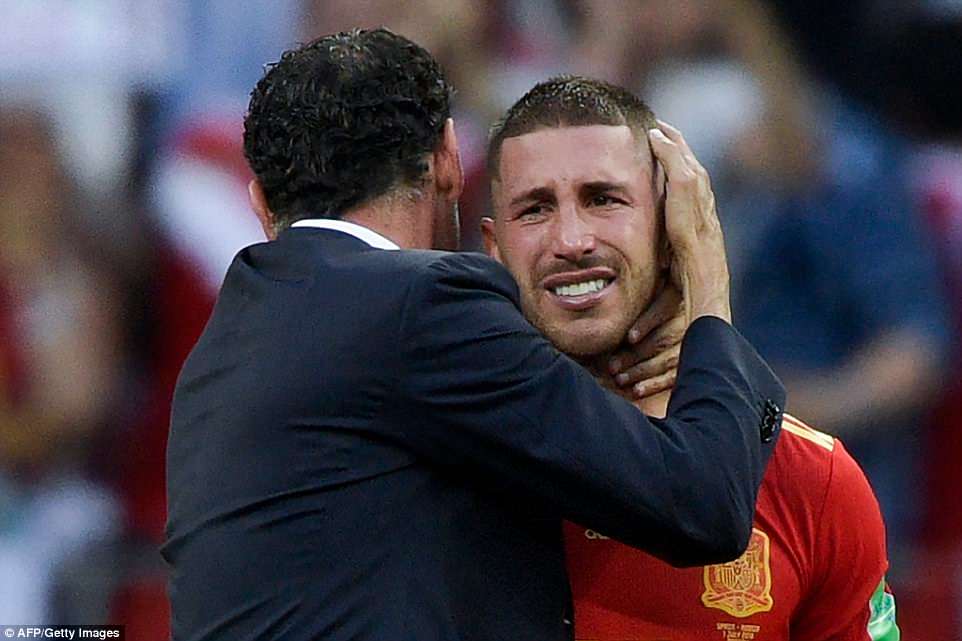 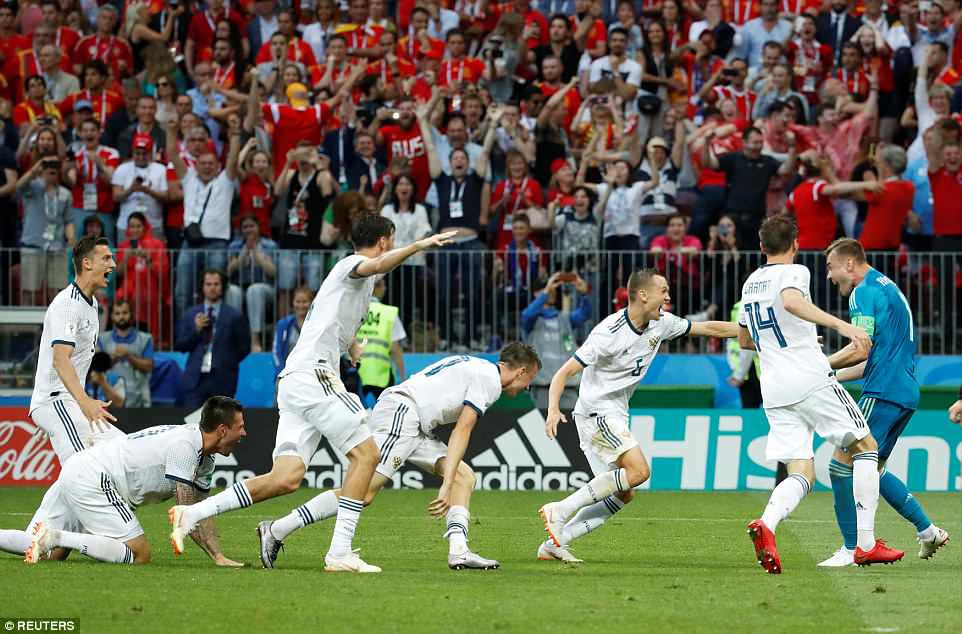 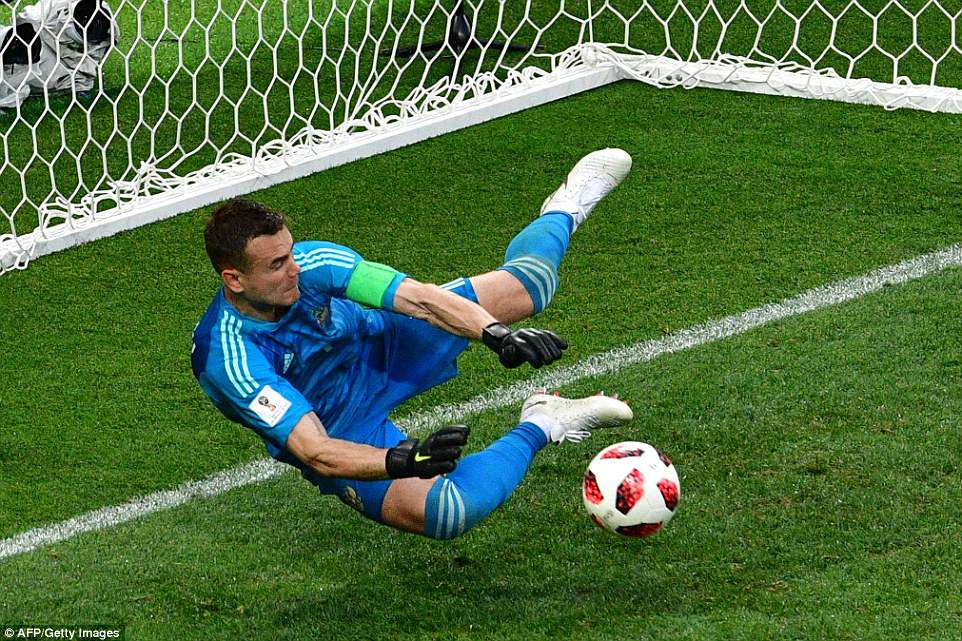 Russia goalkeeper Akinfeev saved another penalty, this time from Spain midfielder Koke, to give them the advantage 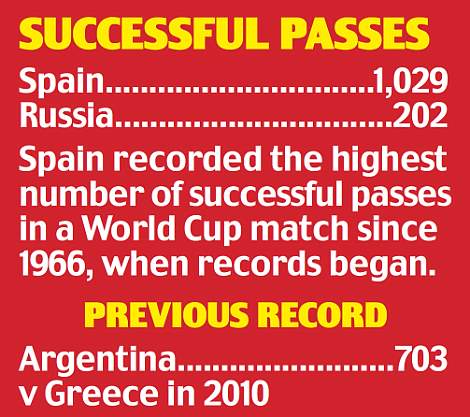 Yet, for all the pressure, his goalkeeper made roughly as many saves in the penalty shootout as he did in the two hours that preceded it, and Russia never missed from the spot during normal time or after. They won the afters 4-3, but it is worth noting their equaliser was a penalty, too.

Cherchesov found five individuals who could hold their nerve against Spain; Fernando Hierro could not muster more than three from a stellar cast. At the end, when the left boot of Igor Akinfeev saved the kick of Iago Aspas, players who had been as good as on their knees moments earlier, sprinted across the turf like a Russian cavalry charge.

When the final whistle blew to conclude extra time, many in the Russian crowd celebrated as if their team had already won; which, in a way, they had. This was a squad it was feared would embarrass the nation; would exit at the group stage, maybe without winning. Yet here they were, taking the mighty Spain to the limit.

Not toe to toe, admittedly. Cherchesov’s tactics had every last man behind the ball and stopped at little more than dogged resilience. Yet it was effective, the organisation quite superb if, at times, the tactics were primitive.

We have all seen games like this, however and to emerge triumphant was, in its own way, magnificent. Russia played as if down to 10 men, while looking as if they had 20 on the field.

They were everywhere, smothering, clearing, blocking, tackling, then regrouping. Russia saw the ball no more than 20 per cent of the time and, when they did, they hoofed it. Spain, meanwhile, rewrote the record books for passing and possession, but looked crushed by their inability to break down such average opponents. 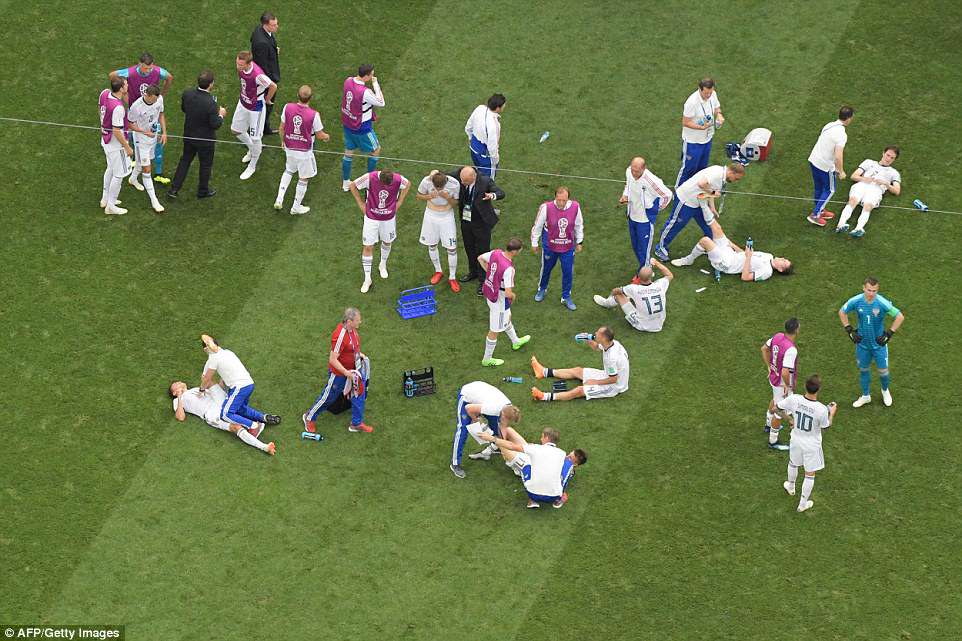 Martin Skrtel makes the most of Fenerbahce’s winter break