Bayer Leverkusen starlet Kai Havertz insists he remains firmly in control of his future despite links to Real Madrid and Barcelona.

The 20-year-old had enjoyed a spectacular breakout season last term for the German side after netting 17 league goals, and reports in Spain soon touted him with a potential big money move away.

But Havertz insists that, while open to advice from national team boss Joachim Low, he will make a choice that is right for him. 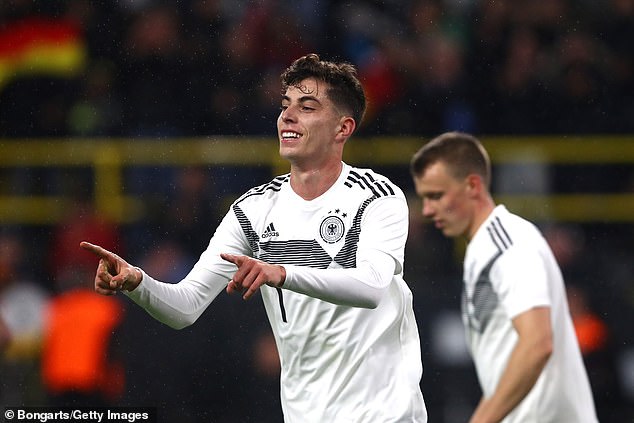 Speaking at a Germany press conference on Friday, the attacker said: ‘I listen to many people but in the end it will be my decision.

‘I will embrace any advice Low will give me because he has a lot experience – it wouldn’t be smart to not listen to him.’

Low had presided over his side’s 2-2 draw with Argentina in an enthralling friendly on Wednesday, in which Havertz had recorded his maiden goal for his country against the South American heavyweights.

And the German tactician confirmed he planned to hold a conversation with the star, but insisted that it is not yet the right time for him to consider a switch. 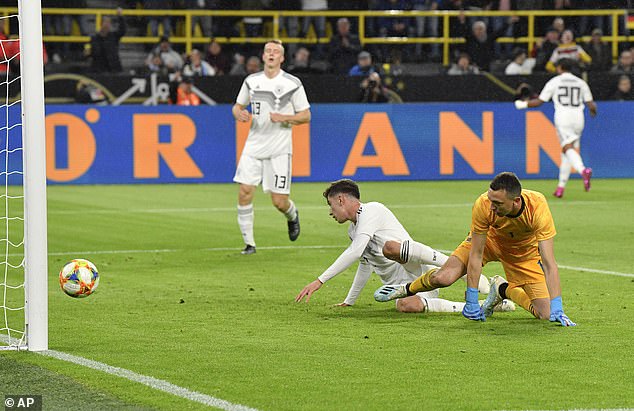 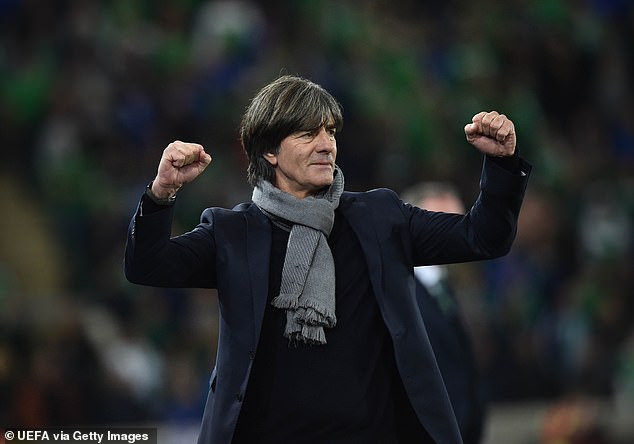 He told Sport1: ‘I’ll talk to him on occasion, but not now and not this year. He’s supposed to be playing in Leverkusen, where he plays regularly, that’s the biggest advantage for a young player like that.

‘He made a clear decision for himself and with those around him to stay in Leverkusen. I don’t know what will happen next year, but he certainly has many opportunities.

‘I already trust him to have a very good career, absolutely. But he has already started.’

Read More:Kai Havertz insists he is in control of his future amid links with Real Madrid