‘You never know what will happen in football’: Real Madrid boss Zinedine Zidane casts doubt over future at the club… just days after sealing LaLiga title

Zinedine Zidane has cast doubt over his future at Real Madrid as he admitted that he is unsure whether he will be in the hot seat next season.

Zidane masterminded Madrid to their 34th LaLiga triumph as they secured a 2-1 victory over Villarreal. The Frenchman is in his second stint as manager of the club, after leaving his post back in 2018 just five days after winning the Champions League.

Zidane has another two years left on his current deal at Real Madrid but has refused to guarantee that he will be in charge next season. 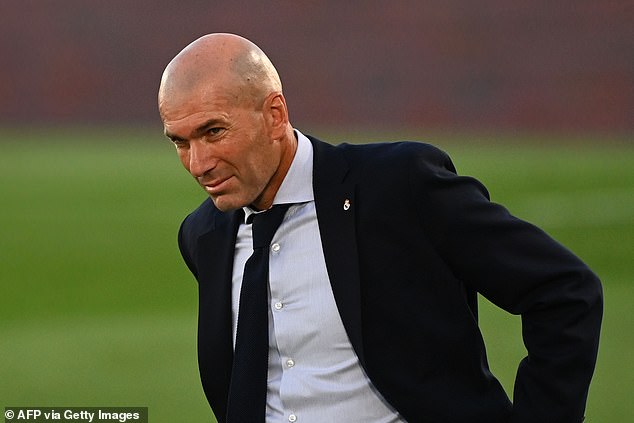 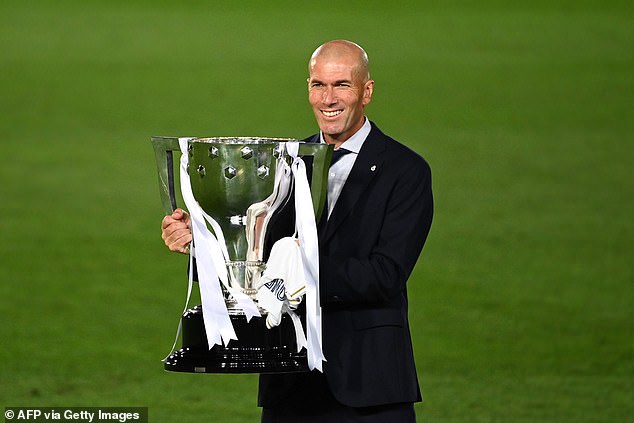 ‘No-one knows what will happen,’ Zidane explained at a press conference after winning the league title.

‘I have a contract, I like being here, but you never know what will happen in football.

‘It changes from one day to the next in this sport. I don’t know what will happen in the future.’

Zidane’s side have one more LaLiga match left to play against Leganes, and he has explained that they need to find the motivation to win after already claiming the title as they have a Champions League tie with Manchester City on the way. 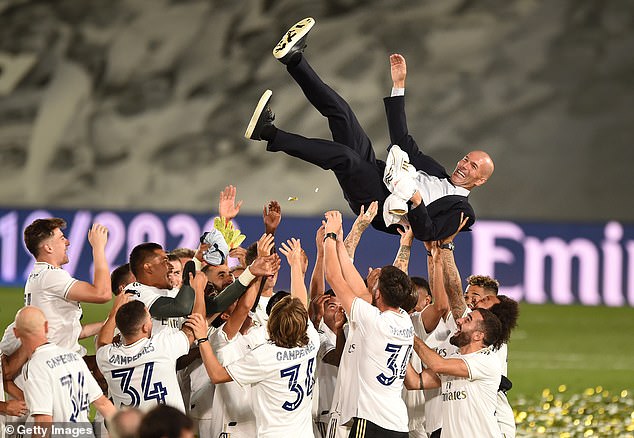 ‘We have to find that motivation. It’s a league game. When we put on the Real Madrid shirt, we want to win all the games,’ he added.

‘That’s the DNA at Real Madrid. It’s a league game, not a friendly, and we want to play well. I don’t think we’ve got anything to prove. We just want to maintain this positive momentum. We want to keep winning.

‘We have another big game. We said there were 11 finals. There were 10 and we won the league, but we want to finish in the best way possible.