The extraordinary life of Uli Hoeness: The Bayern Munich president has been


When Uli Hoeness steps down as Bayern Munich president on November 15, it will be the end of a truly great era at the Allianz Arena.

Times are changing at Bayern and after stepping onto the pitch for the first time as an 18-year-old back in 1970, Hoeness is finally leaving after overseeing an unprecedented era of success 49 years later.

Hoeness, who will be replaced at the helm by former adidas boss Herbert Hainer, has dedicated his life to the Bundesliga giants and has been the main driving force behind a sustained period of domestic dominance. 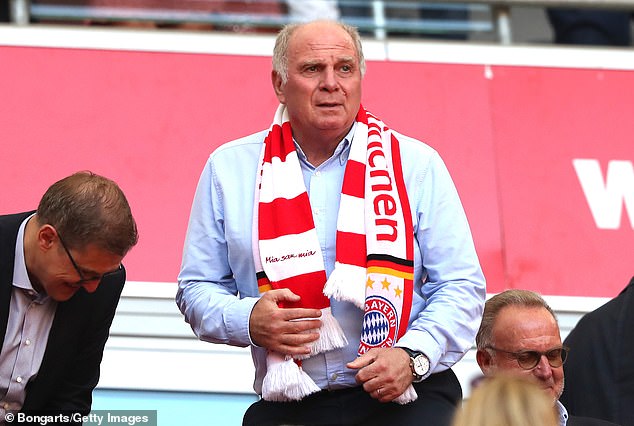 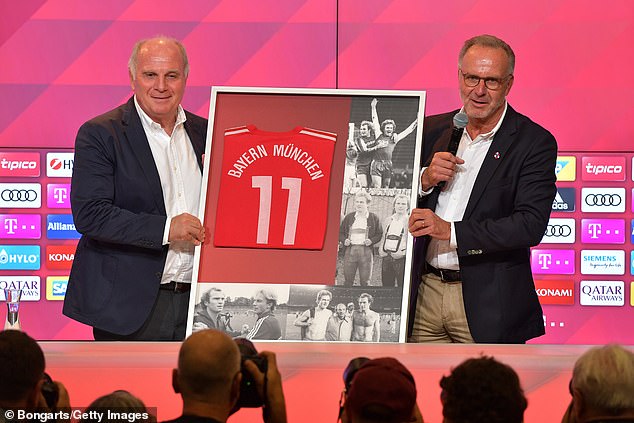 During his lifetime at Bayern, they have won a remarkable 27 Bundesliga titles and five European Cups. He is a legend in Bavaria and will be sorely missed by everyone involved within the club.

‘Uli Hoeness was a stroke of luck for Bayern, not just as a player but as general manager, chairman and president. What the club is today and the values for which it stands are to a large extent thanks to him,’ German legend Franz Beckenbaeur has previously said.

There has never been a dull moment in the life of Hoeness but while he will be remembered for his outstanding service to Bayern, his journey has certainly hit plenty of bumps along the way.

Hoeness’ playing days were unfortunately cut short at the tender age of 27 due to a knee injury but he immediately took up the role of general manager at Bayern in 1979.

The Ulm-born forward was part of Bayern’s historic team that won both the Bundesliga and European Cup three times, while also winning the World Cup and European Championships with West Germany. He had in fact formed one of the most formidable partnerships in world football alongside compatriot Gerd Muller.

Following an unsuccessful attempt to come back from his injury while on loan at Nurnberg, Hoeness had become the Bundesliga’s youngest general manager at the age of 27 on May 1, 1979. 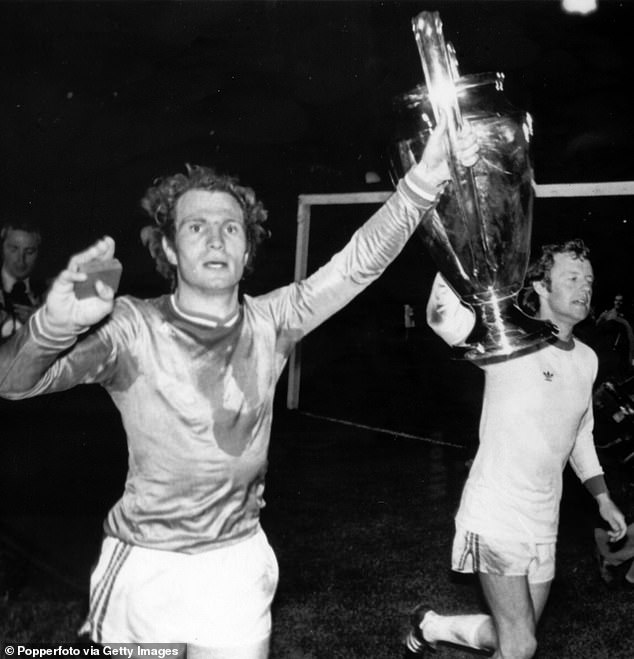 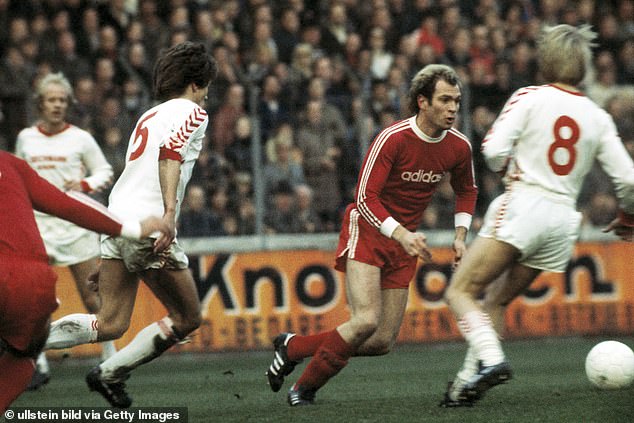 He had shown leadership skills and maturity levels well before his age that would stand him in good stead going forward – prior to becoming general manager, he successfully negotiated a deal with truck maker Magirus-Deutz as Bayern’s shirt sponsor. The funds from the deal even allowed the German giants to bring West Germany star Paul Breitner back to the club from Braunschweig in 1978.

However, his life nearly took a turn for the worst in 1982 when he escaped from the claws of death. On February 17, Hoeness was the sole survivor following a private jet crash, which killed three others, while he was on his way to a West Germany friendly. Sleeping on the back seat of the plane, he fortunately escaped with only minor…

Read More:The extraordinary life of Uli Hoeness: The Bayern Munich president has been

Scotland vs San Marino, LIVE: Follow all the action before Wales face Croatia in