Turkey substitute Emre Akbaba got two late goals to snatch a stunning 3-2 win over Sweden in the Nations League as the visitors recovered from two goals down at the Friends Arena on Monday.

The midfielder first rifled home Cenk Tosun’s pass to level the score two minutes from time and then sent a glancing header past home goalkeeper Robin Olsen, sealing the comeback win to the delight of the thousands of Turkish fans in the crowd.

Turkey, who suffered a 2-1 home defeat by Russia in their opening League B Group 2 game, started well and had lots of possession but the final ball into the box often lacked quality. 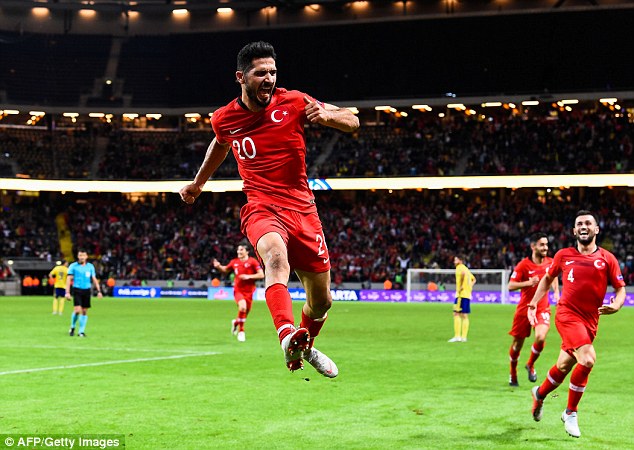 Sweden had taken the lead in their opening Nations League match when Isaac Kiese-Thelin scored 10 minutes before the break, flicking Viktor Claesson’s cushioned header against the post before slotting home the rebound.

Claesson got on the scoresheet himself four minutes into the second half, drifting in from the left before releasing a rocket of a shot from distance that flew into the net. The Swedes, whose defensive organisation helped them reach the quarter-finals at this year’s World Cup in Russia where they were defeated by England, had several chances to increase their lead, but Akbaba had the final say to secure the points.

Meanwhile, Fulham striker Aleksandar Mitrovic bagged a brace as Serbia were held to a 2-2 draw at home by Romania in Group C4.

He bundled in the first from on the floor, while his second, after Nicolae Stanciu had levelled from the penalty spot, was lashed home on the volley after the ball had sat up nicely in a crowded penalty area. 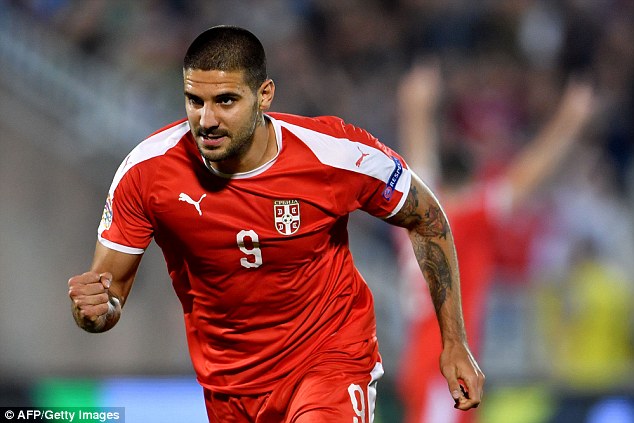 George Tucudean turned the ball home at the near post from a corner to grab Romania a point.

In the same group, goals from Stefan Savic and Marko Jankovic earned Montenegro a 2-0 win over Lithuania.

In Group D1, Andorra drew 1-1 with Kazakhstan and in Group D3, Sheffield Wednesday striker Atdhe Nuhiu helped Kosovo to a 2-0 win over the Faroe Islands and Malta drew 1-1 at home to Azerbaijan.