Leganes 2-2 Real Madrid: Heartbreak for home side as they are relegated from LaLiga despite holding champions to a draw

Real Madrid ended its Spanish league title-winning campaign with a 2-2 draw that relegated Leganes after four straight seasons in the first division.

Madrid ended five points ahead of second-place Barcelona – 87 to 82. Barcelona closed out its campaign with a 5-0 rout of Alaves. Lionel Messi scored twice to finish with 25 goals and become the first player to clinch the league’s scoring title in seven different seasons. 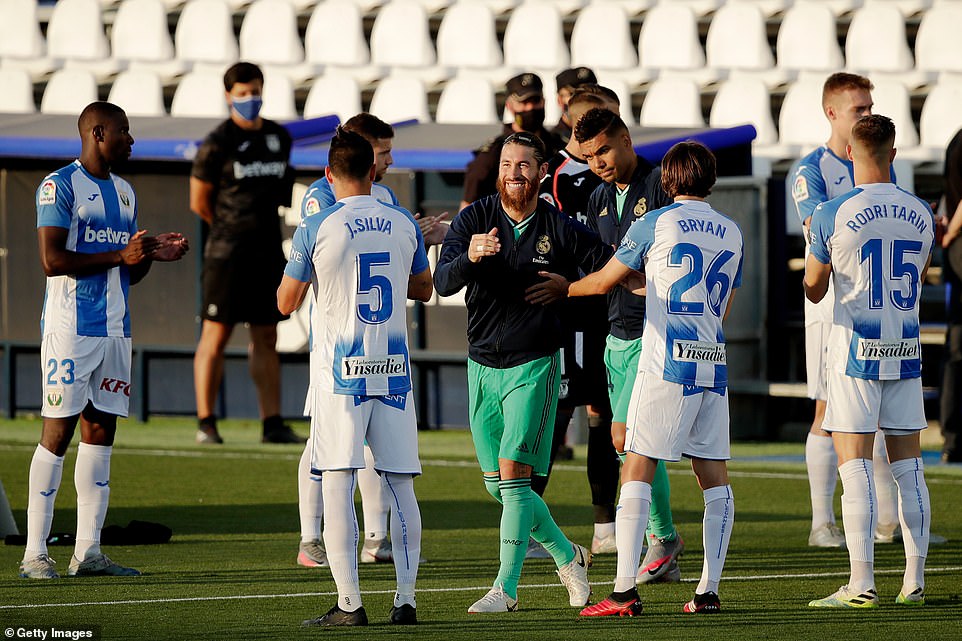 Real Madrid may have won the LaLiga title this season, but they failed to beat 18th place Leganes after drawing 2-2 away

Leganes, led by Mexican coach Javier Aguirre, had entered the match one point behind Celta Vigo, the first team outside the relegation zone. Celta, winless in the final seven rounds, survived despite being held 0-0 by last-place Espanyol. It will play in the top flight for a ninth straight year next season.

Espanyol and second-to-last-place Mallorca had already been relegated. 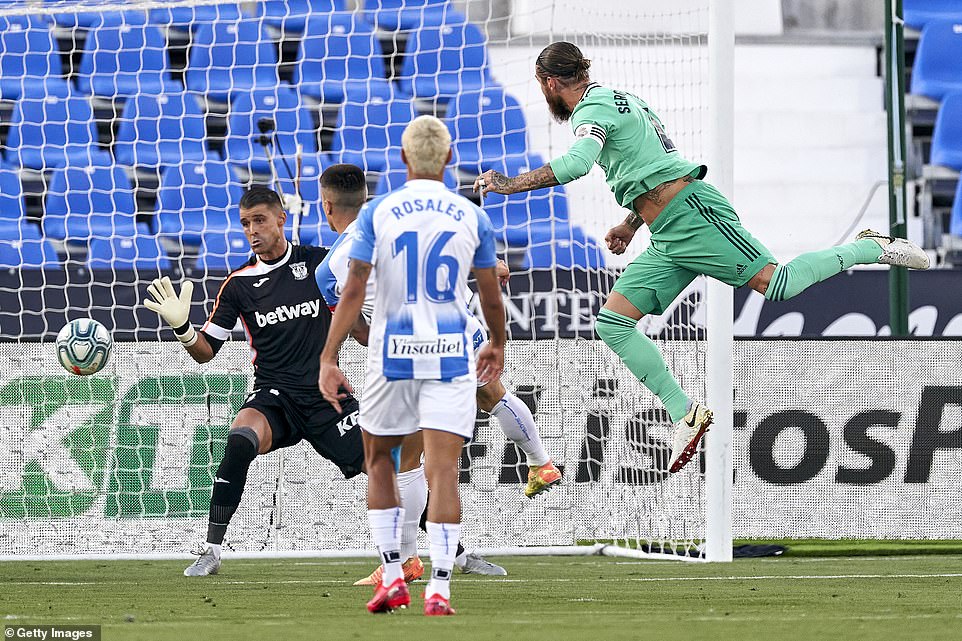 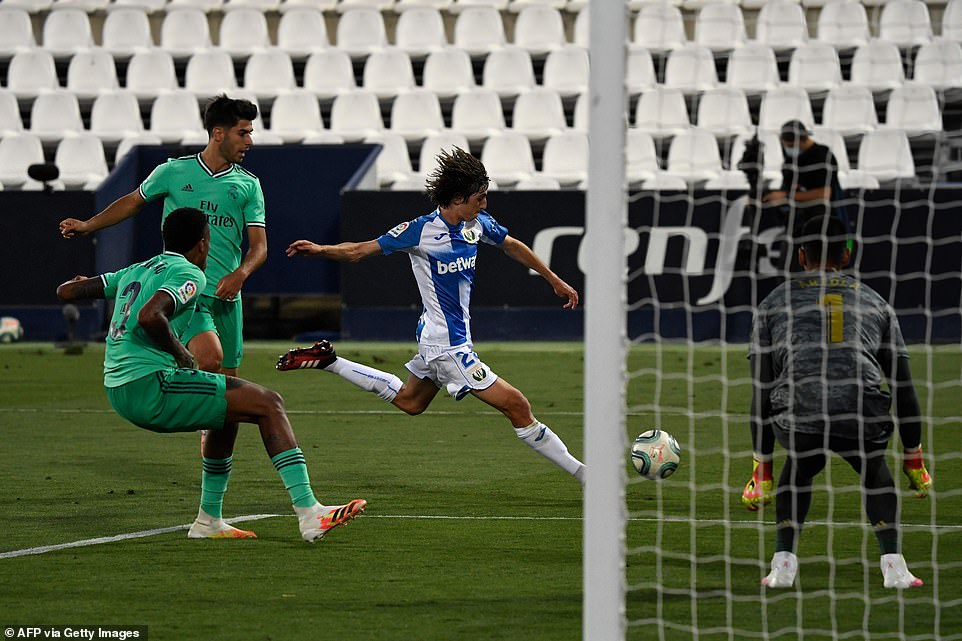 It wasn’t long before Leganes equalised, bringing the score to 1-1, with Bryan Gil’s goal in the first-half stoppage time 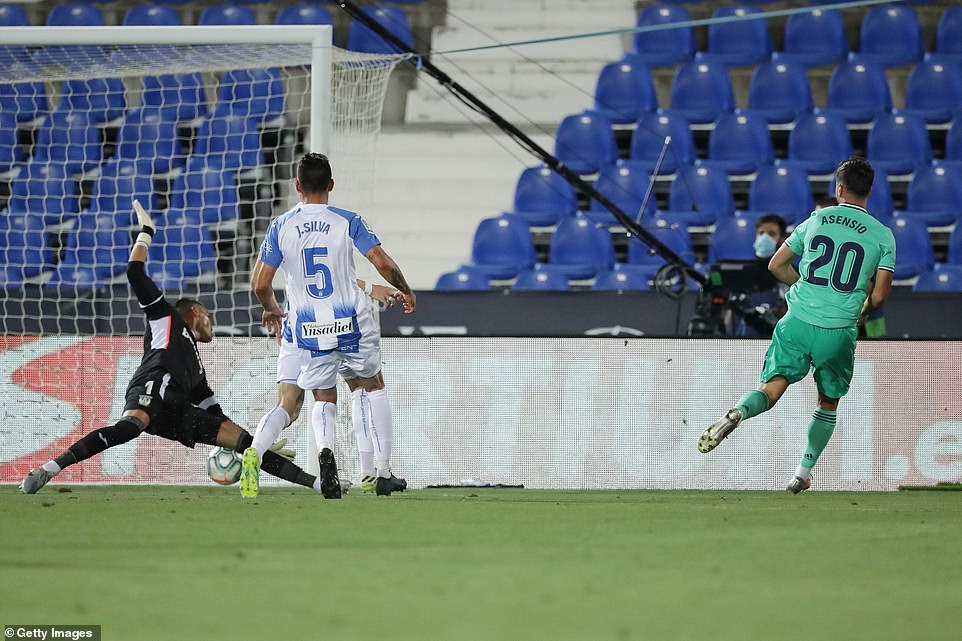 Sergio Ramos opened the scoring for Madrid with a header in the ninth minute for his sixth goal since the league resumed. Leganes equalised with Bryan Gil’s goal in first-half stoppage time before Marco Asensio gave Madrid the lead again from close range in the 52nd.

Leganes was unbeaten in the last five rounds, with three wins and two draws. The team from southern Madrid last played in the second division in 2015-16.

Madrid played without some regular starters and others were substituted early in the second half. 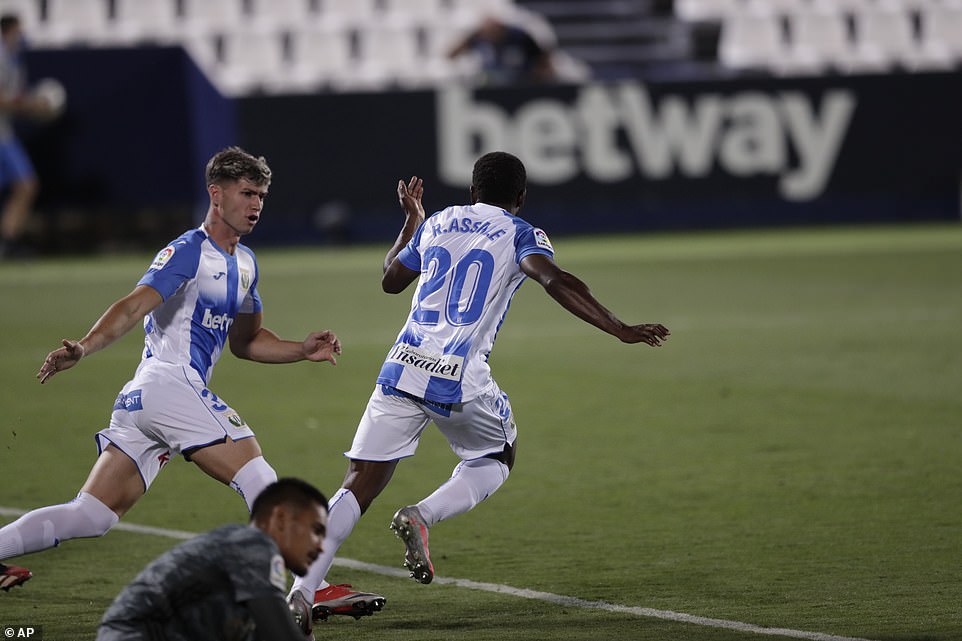