Ilkay Gundogan has pulled out of the Germany squad to face Northern Ireland in Belfast on Monday night through illness.

The Manchester City midfielder was due to face the media at Windsor Park on Sunday to preview the Euro 2020 Group C qualifier.

However, Gundogan fell ill after flying into Belfast from Hamburg – where Germany lost 4-2 to Holland on Friday night – and remained at the team hotel before flying back to Manchester. 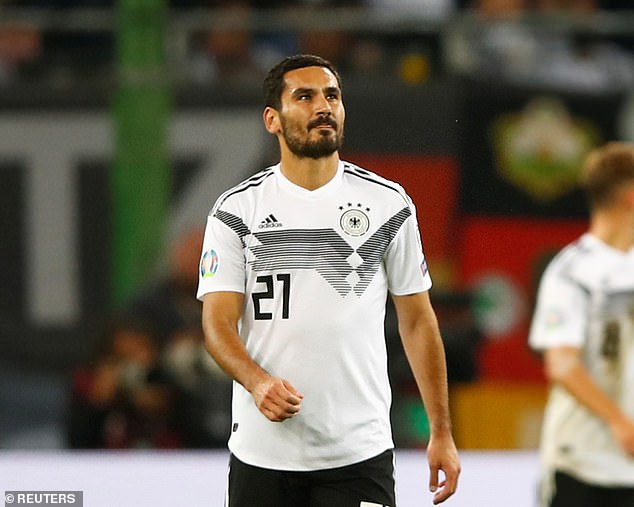 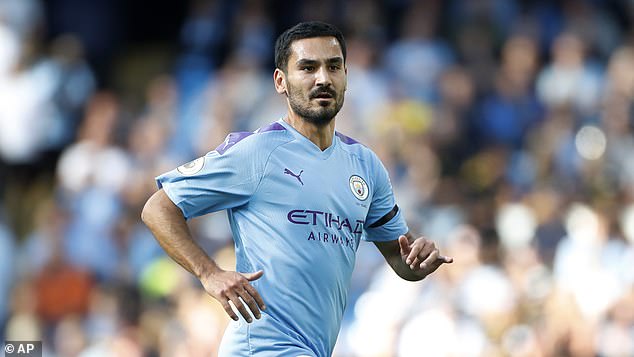 German media reported that the 28-year-old midfielder has been suffering from stomach problems, but the national team tweeted: ‘Ilkay Gundogan has been diagnosed with a cold and will not be available for #NIRGER on Monday. The midfielder has left the team hotel in Belfast to return home.’

Germany are already without Borussia Dortmund Nico Schulz who left camp after sustaining ligament damage in his foot against the Dutch, while Gundogan’s City teammate Leroy Sane has been sidelined for seven months with an ACL injury.

Germany are looking for a response in Belfast after their loss to Holland on Friday evening.

Northern Ireland, meanwhile, are aiming to maintain their 100 per cent start to qualifying Group C by making it five wins out of five.