With Serie A returning after the first international break of the season, plenty of football fans will be turning their attention to a compelling round of fixtures in Italy.

Many players had the opportunity to recharge their batteries while Roberto Mancini’s side picked up two Euro 2020 qualifying victories on the road; winning 3-1 against 10-man Armenia and earning a 2-1 triumph in Finland.

With champions Juventus looking to continue their perfect start to the season alongside Inter Milan and Torino, Sportsmail looks ahead to the third weekend of fixtures in Italy’s top flight. 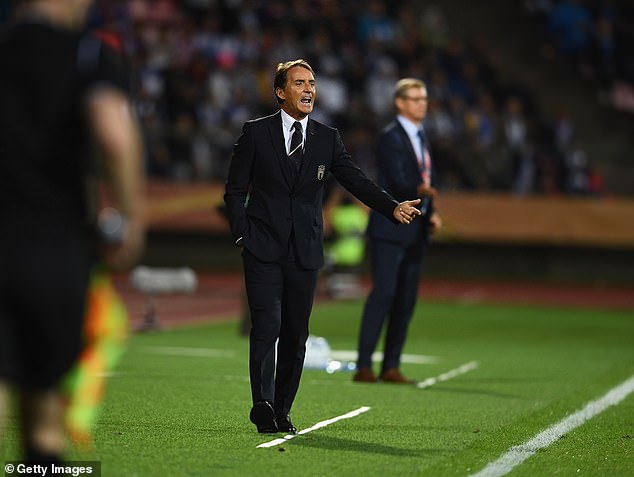 Sampdoria president Massimo Ferrero had to be rescued by police last week when ultras gathered around a restaurant demanding that he sell up to a consortium led by club legend Gianluca Vialli.

The club owner was having lunch in Genoa last week when partisan supporters surrounded him. Local police teamed up with restaurant staff to transport Ferrero to safety.

Rumours the 68-year-old was evacuated from the building in a blue and white tablecloth (below) remain unconfirmed.

The chaos is having a detrimental impact on the team. Samp sit rock bottom of the table, following up on a 3-0 defeat against Lazio with a 4-1 hammering at the hands of Sassuolo.

Eusebio Di Francesco has the unenviable task of taking his team to 2018-19 runners-up Napoli on Saturday.

Carlo Ancelotti’s men have been involved in back-to-back seven-goal thrillers; winning 4-3 at Fiorentina before losing by the same scoreline at Juventus.

Still, it’s not all bad news for Sampdoria. Napoli don’t even have a fully completed dressing room and Carlo Ancelotti is absolutely fuming. Maybe one of the dodgy locks will break and keep Carlo & Co from taking to the pitch? 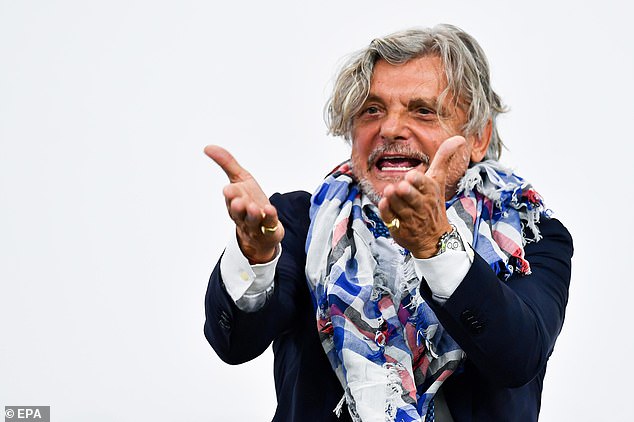 After suffering with pneumonia in recent weeks, Maurizio Sarri is poised to make an emotional dugout debut for Juventus when they travel to Fiorentina on Saturday.

The 60-year-old has lived on the outskirts of Florence for many years and will be keen to embrace a warm reception at Artemio Franchi Stadium.

Sarri’s players on the other hand will be treated with hostility when they emerge from the tunnel. The rivalry stems back to 1982 when Juve won the Scudetto in Fiorentina’s back yard on the last day of the season; pipping La Viola to the title by one point.

Injured Juve defender Giorgio Chiellini also plans to sit on the bench in Florence. The captain was…