The World Cup knockout stages have thrown up some wonderful matches so far ahead of England’s last 16 clash with Colombia on Tuesday.

Both Cristiano Ronaldo and Lionel Messi were eliminated from the tournament on day 17 after France beat Argentina in a seven-goal thriller while Uruguay bested Portugal to advance into the quarter-finals.

There are, however, some things you may not have known about day 18. Sportsmail brings you 10 things you may have missed from the day’s action in Russia. 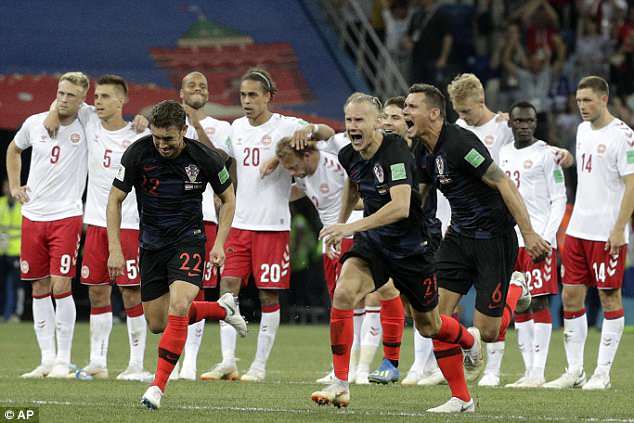 After Croatia were awarded a penalty deep into extra time, it looked as if Denmark were heading out with just minutes remaining.

Ante Rebic rounded Kapser Schmeichel before being fouled in front of an open goal to give Luka Modric the chance to send Croatia into the last eight.

However, the Danish goalkeeper thwarted Modric by comfortably saving the spot kick and sending the game into a penalty shootout.

After the initial spot kick was saved, Kasper’s father and legendary goalkeeper, Peter, jumped out of his seat and punched the air with joy following his son’s heroics. 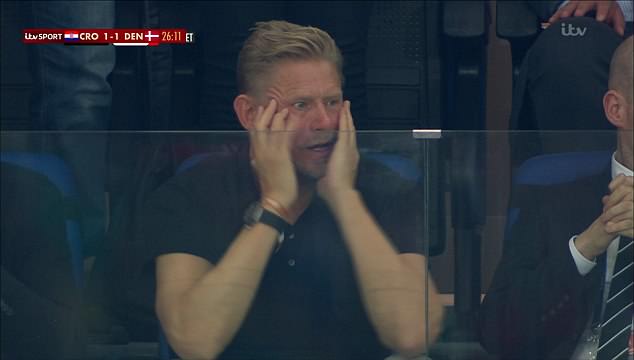 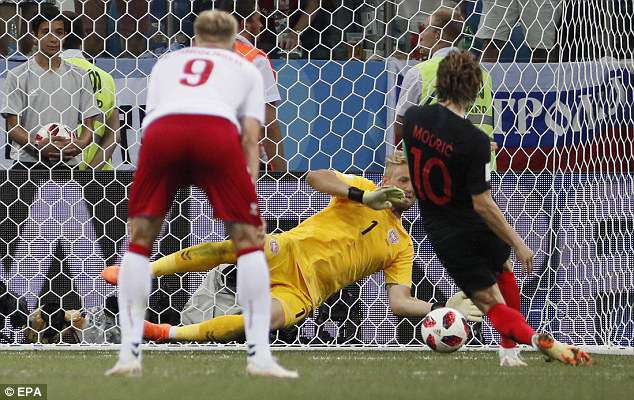 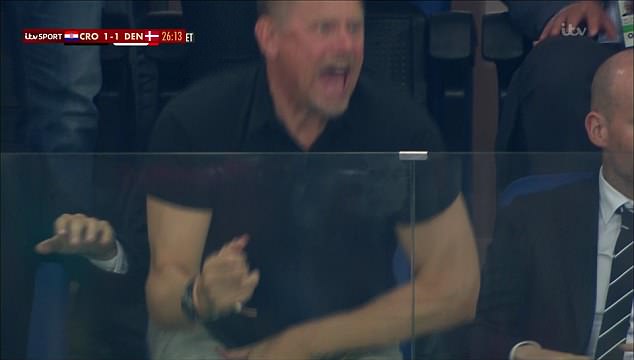 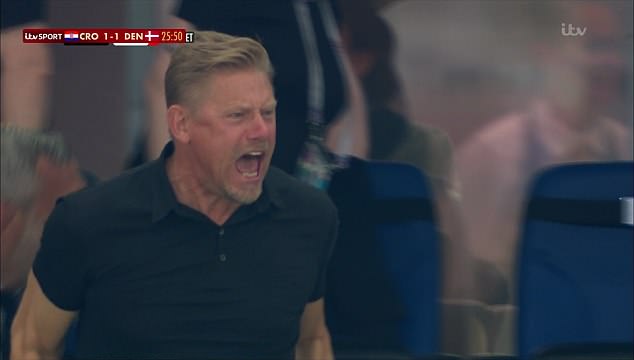 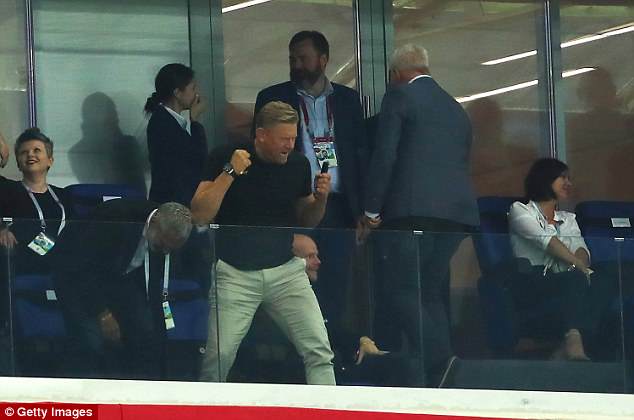 Croatia and Denmark get off to speedy start

Croatia’s last 16 showdown with Denmark got off to a flyer after both sides scored within four minutes in Nizhny Novgorod.

Mathias Jorgensen broke the deadlock inside a minute before Mario Mandzukic pounced on an unfortunate deflection from the Danes to make it all square early on.

The quick start from the two European sides meant it became the second match in World Cup history to see both sides score inside four minutes, after Argentina’s match with Nigeria in 2014.

However, it slowed down a lot after that

After their electric start, it seems both Croatia and Denmark took their foot off the gas for remainder of the game.

And it showed. One young fan got so bored of the action that he resorted to entertainment on his phone.

Rumour has it that he was watching the highlights from the France and Argentina game.

Spain’s long wait to beat a host nation goes on

Spain’s long wait to beat a host nation at a World Cup goes on after Russia beat Fernando Hierro’s men on penalties.

Spain have come up against the host nation five times over four different World Cups, having faced Italy twice in 1934, Brazil in 1950 and South Korea in 2002.