By Hector Nunns For Mailonline

Chelsea look to have suffered a major injury blow after Emerson came off with a suspected hamstring injury for Italy on Sunday night.

The 25-year-old defender started the top-of-the-table Group J Euro 2020 qualifier against Finland at the Tampere Stadium.

But left-back Emerson sustained the problem after just six minutes desperately trying to keep up with Norwich striker Teemu Pukki. 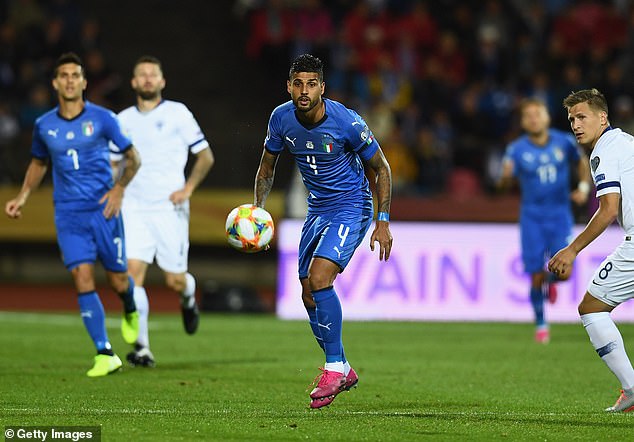 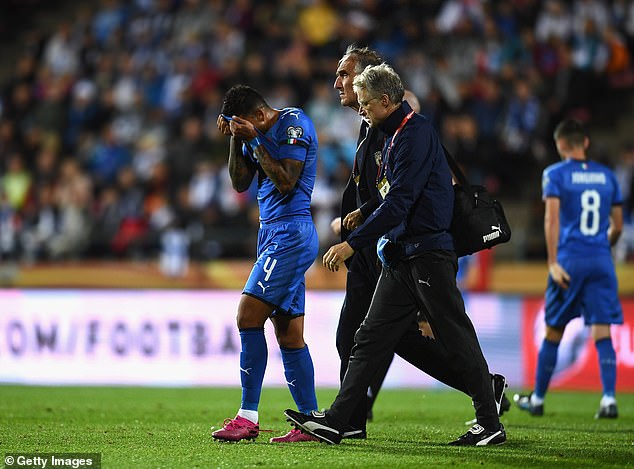 Pukki streaked clear of the Italy defence and Emerson slumped to the turf as the Canaries forward was eventually stopped by team-mates.

The Brazilian-born Emerson now looks a major doubt for the Premier League trip to Wolves on Saturday.

And Chelsea boss Frank Lampard will also be very concerned about the home Champions League game against Valencia, and then a trip to Liverpool.

Their other games this month are a home Carabao Cup tie against Grimsby or Macclesfield, and a home Premier League clash with Brighton.

Read More:Chelsea suffer injury blow as full back Emerson limps off with suspected