Before kick-off at the Luzhniki Stadium, all the talk was about the member of the great Spain side of 2010 who was absent – however it was those that remained who ended up under the harshest spotlight.

After nine major tournaments with only one game missed, Andres Iniesta was dropped by Fernando Hierro for their last-16 clash with World Cup hosts Russia, replaced by the largely ineffectual Marco Asensio.

Gerard Pique and Sergio Ramos kept their places at the centre of defence, despite Spain conceding five goals in their three group matches paired together. 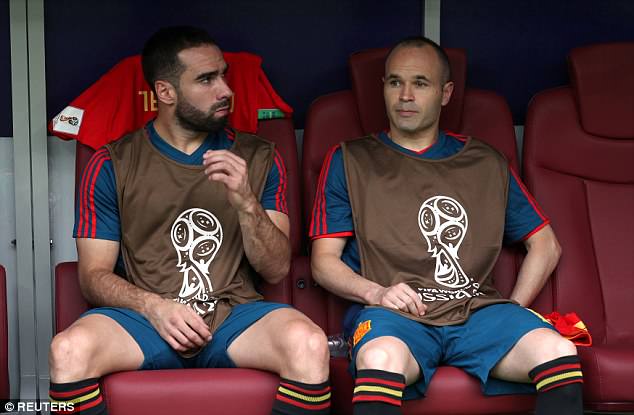 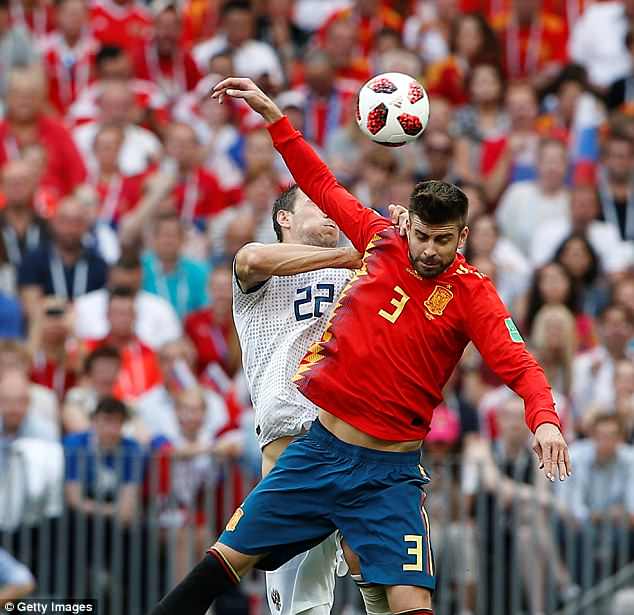 However it was a fellow member of the class of 2010, Gerard Pique, who made the killer error 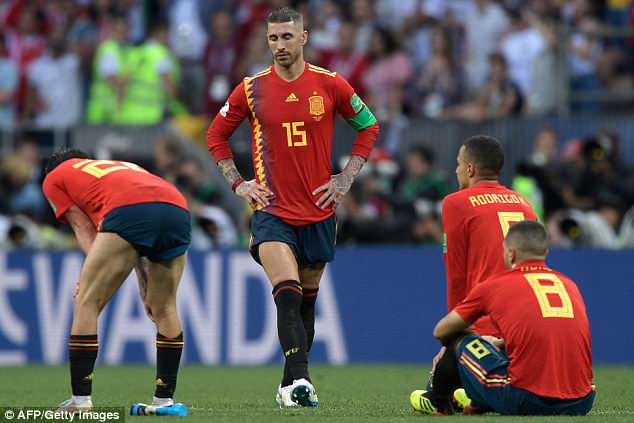 Morocco and Iran proved to be tougher than anticipated and Portugal had the CR7 factor, but given the pressure on goalkeeper David De Gea’s place, Ramos and Pique escaped unscathed.

Immediately Russia attempted to pressurise, via the direct runs of key midfield cog Aleksandr Golovin which worried Pique and Ramos from the first whistle.

It was Ramos, with his trademark brand of physicality, tenacity and borderline bullying, who created the opening goal.

If he had not forced Sergei Ignashevich into an unwitting own goal, the Russian – 39 next week – would surely have given away a penalty. On occasion, he can still strong-arm with the best of them.

The downside to Ramos’ game came with a needless free kick given away on 23 minutes after raising his arm to Artem Dzyuba. The brutish Russian forward is one of very few players in the modern game who can regularly win battles – and free kicks – against Ramos. 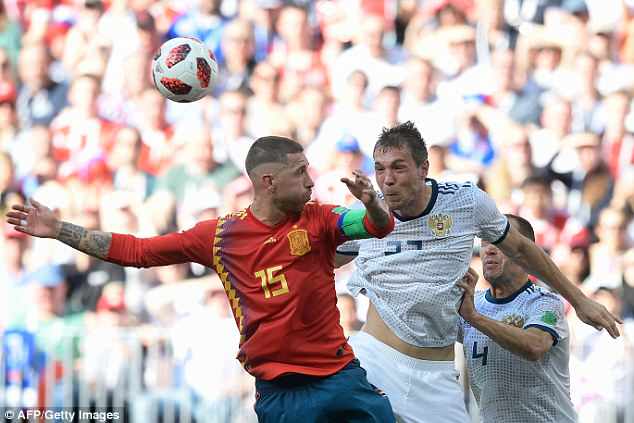 Artem Dzyuba had the measure of Ramos, while Russia’s defence was impenetrable

However, Russia could barely get on the ball enough to put the defence under any pressure – the occasional set piece or shot from distance all they could muster in the fleeting seconds they had possession of the ball.

Pique was having one of his quieter afternoons – until a moment which ultimately turned the game on its head.

It was a stonewall penalty. He leaped for a header to clear a corner, arms raised for leverage – then re-raised his left arm, so he could block the goal-bound header by Dzyuba and claim it was a natural position.

He did block the header, but credit goes to referee Bjorn Kuipers who was not convinced, and not shaken by the complaints afterwards.

Pique knew he had mistimed his header, the ball was flying over him and he needed to take desperate action. It can be chalked up as another defensive mistake to go with the horror tackle on Morocco’s Khalid Boutaib which somehow went unpunished.

Spain continued to toil after half-time in their bids to break down a stubborn Russian defence willed on by the Moscow crowd; the sight of two banks of five a marvel of disciplined football. 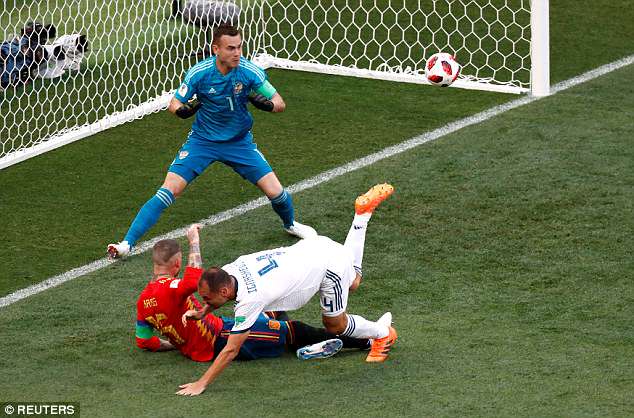 The only time Spain got through…

Read More:The greatest Spain generation ends with the errors of Ramos and Pique

UEFA Nations League draw LIVE: Who will your team face?