How is this tackle just a yellow card? Horror challenge in Fenerbahce and Galatasaray U17 match sees offender escape with only a booking

Fenerbahce and Galatasaray, two heavyweights of Turkish football, are known to share a bitter rivalry.

It appears the hatred filters through to the youth teams as a fiery contest between the Under 17 sides on Sunday saw Gurkan Baaskan of Fenerbahce unleash a shocking tackle on an opponent.

A Galatasaray player can be seen driving into the opposition half on the near-side before Baaskan appears from nowhere, only to wildly leap one-footed into his opponent. 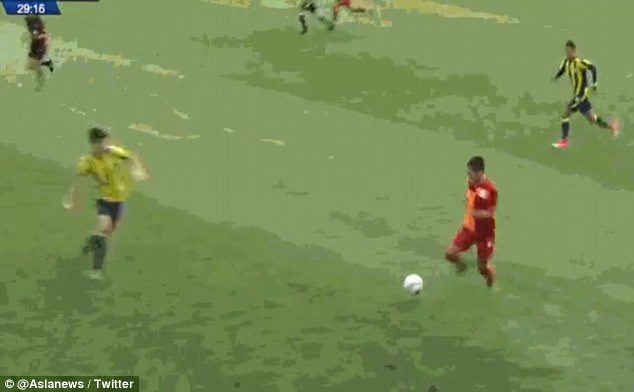 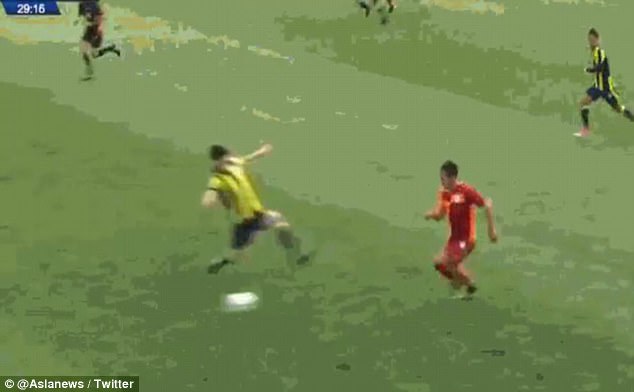 As the Galatasaray player knocks the ball past him, Baaskan lunges into the air 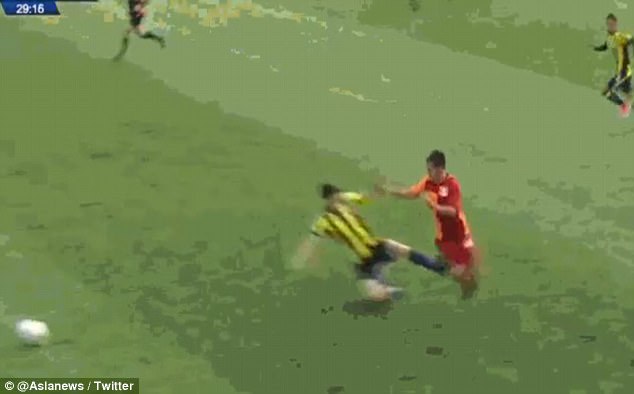 Baaskan flies into his opponent, making contact around the knee of the Galatasaray player

Perhaps more shocking than the tackle itself is the following decision by the referee, who generously lets Baaskan off with a booking instead of giving him his marching orders.

The Istanbul derby has a reputation as being one of the most tempestuous events in world football – and the match between the two senior teams last month was no different.

Following a decision by the officials in that game, Galatasaray fans launched missiles at assistant referee Tark Ongun, hitting him on the head. 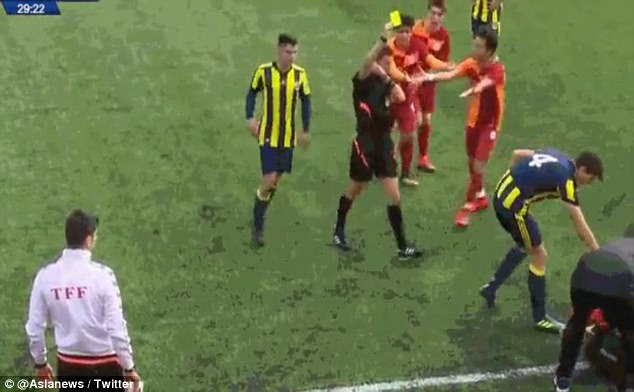 The referee amazingly pulls out the yellow card, much to the dismay of the Galatasaray team

As Ongun went to the floor, several Fenerbahce players surrounded him, forming a human shield.

More projectiles, including drinks, flags and a cigarette lighter, rained down, but Ongun was able to be treated.

Despite Baaskan avoiding serious punishment, it was Galatasaray who would have the last laugh, going on to win the contest 2-0 following a brace from Mustafa Kapı.