Atletico Madrid began their post Antoine Griezmann era with a comfortable 3-0 victory over Spanish outfit Numancia in pre-season on Saturday.

Kieran Trippier – who signed from Tottenham in a £20million deal this week – made his debut for Diego Simeone’s outfit as they ran out emphatic winners.

Substitutes Vitolo, Ivan Saponjic and Felipe netted in the second half for Atletico against the Segunda Division outfit on the weekend. 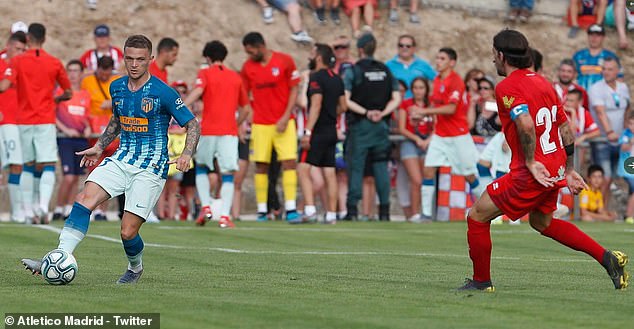 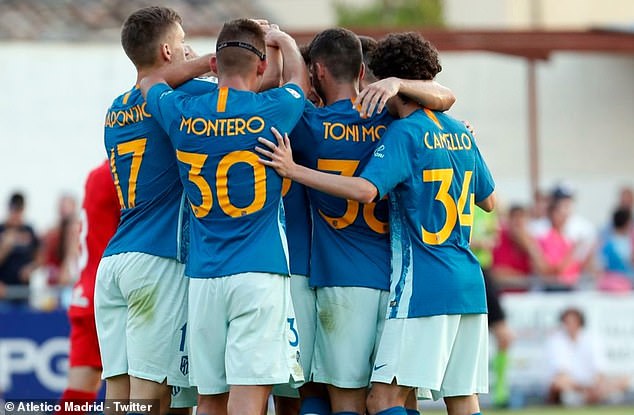 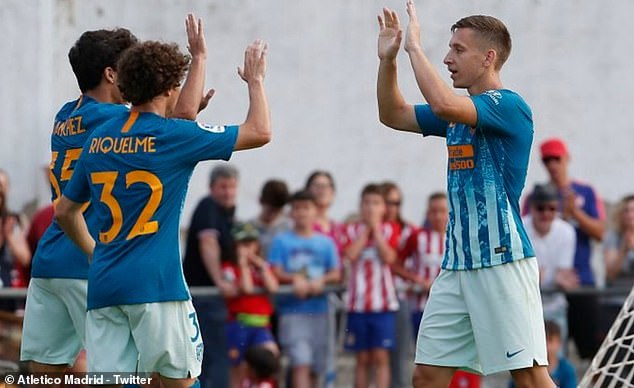 Vitolo, Ivan Saponjic and Felipe netted in the second half of the pre-season friendly

England right-back Trippier came off at half-time after enjoying a strong run out in the opening period in Spain.

But it wasn’t all rosy for Atletico as their star summer signing, £114m Portuguese youngster Joao Felix, was forced off in the 28th minute with a suspected hip injury.

The former Benfica forward received treatment on the sidelines after picking up an injury before making a brief return to the pitch.

However just moments later, the 19-year-old held his hip and signalled to the bench to haul him off.

Simeone will be desperate that Felix’s injury is nothing serious as they hope he can hit the ground running ahead of the new La Liga campaign, which begins against Getafe on August 18. 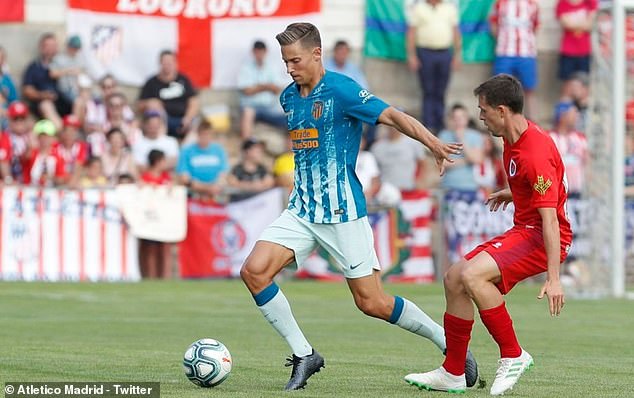 It was a strong run-out for Atletico, who begin their La Liga campaign on August 18 vs Getafe 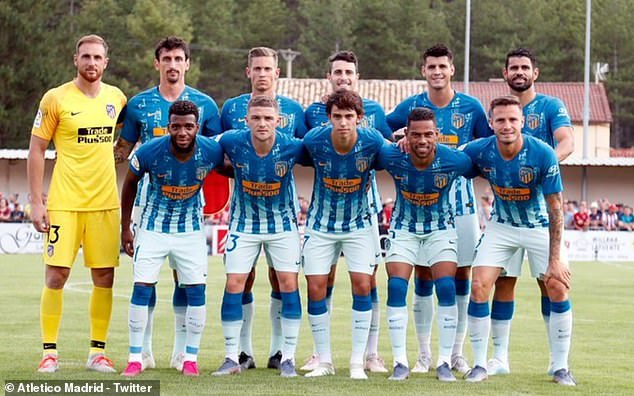