Former England cricket captain Michael Vaughan joked that Russian president Vladimir Putin must have been operating VAR after Spain had a late penalty appeal turned down.

Gerard Pique and Sergio Ramos both went down in the area after being tugged to the ground by Russian defenders, but the referee was not instructed to review it and so waved play on.

Russia went on to win the game on penalties and Spain will undoubtedly count themselves hard done by after most felt they should have been awarded a clear spot kick in extra-time. 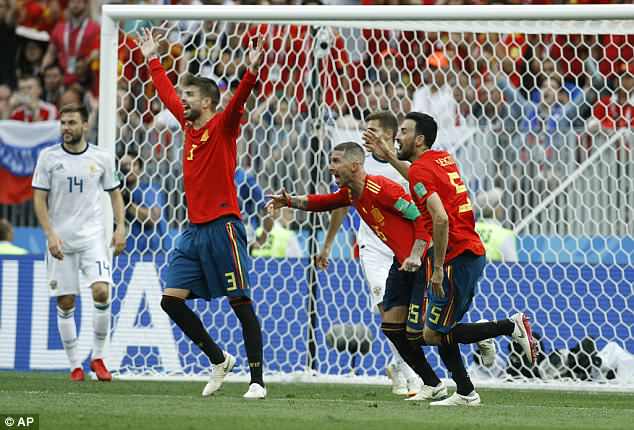 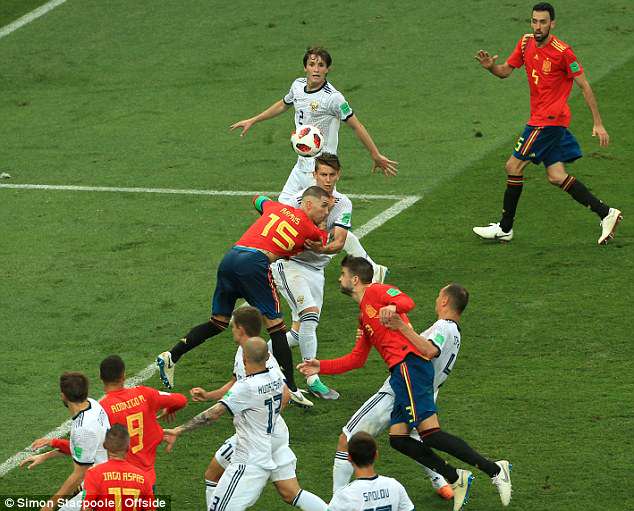 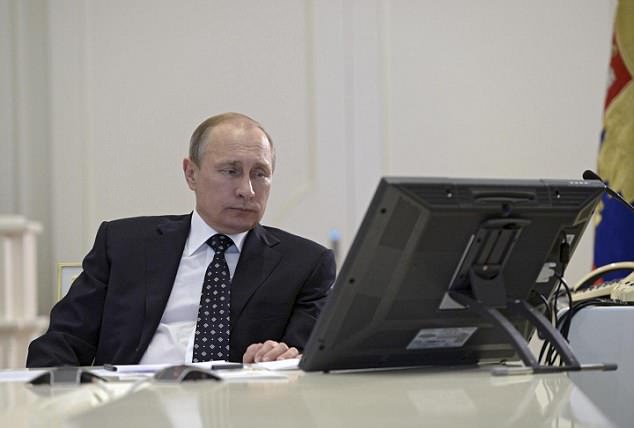 His view that Russia were lucky to escape conceding a penalty was mirrored by most on social media.

One user tweeted a picture of Putin winking to the assistant referees in the video room while other users posted pictures of the Russia president looking at a laptop as if he was reviewing the incident.

Another Twitter user even joked by posting a picture of Putin holding a gun, and writing: ‘What you didn’t see in the VAR room during that review.’

The referees in the video room review every decision that VAR can overturn and so would have replayed the incident before telling the referee to stick with his original one.

The incident was similar to when a Tunisia defender brought down Harry Kane in the area during England’s 2-1 win earlier this month in the Group Stage.

Spain will be feeling aggrieved, having suffered similar fate before when they lost a penalty shoot-out against World Cup host nation South Korea in the 2002 quarter-final after a highly controversial game.

Russia will now go on to play either Croatia or Denmark in the quarter-final next Saturday.

Besiktas new boy Pepe scores on debut but nobody is there