QPR have had a £2.1million offer accepted by Wigan Athletic for striker Kieffer Moore.

The 27-year old also has interest from Cardiff City and Middlesbrough but QPR have put themselves in pole position to sign the Wales international.

Moore, who has scored nine goals this season, is still in line to face Fulham on Wednesday as cash-strapped Wigan continue their fight to salvage their Championship status. 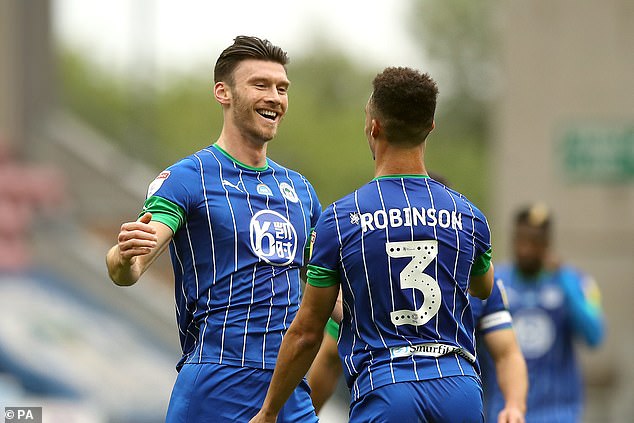 Wigan have accepted a £2.1million bid for Kieffer Moore from Championship rivals QPR

QPR winger Bright Osayi-Samuel is discussing a move to Club Brugge after visiting Belgium over the weekend. The clubs agreed a £4.75m fee.

The Nigerian has scored six goals in 39 appearances for Rangers this term.

Top names are swapping boots, bats and steering wheels for controllers! How