167 not out for Sergio Ramos as he equals Iker Casillas’ record for Spain caps in win over Faroes and vows: ‘200 matches is my next objective’

Sergio Ramos equalled Iker Casillas’ record of 167 caps for Spain as they thrashed the Faroe Islands 4-0 in a Euro 2020 qualifier on Sunday night.

The Real Madrid defender, 33, set his sights on surpassing 200 matches for his country after moving level with his former team-mate for both club and country.

Spain eased to a victory that continues their 100 per cent record in qualifying Group F with two goals apiece from Rodrigo and Paco Alcacer. 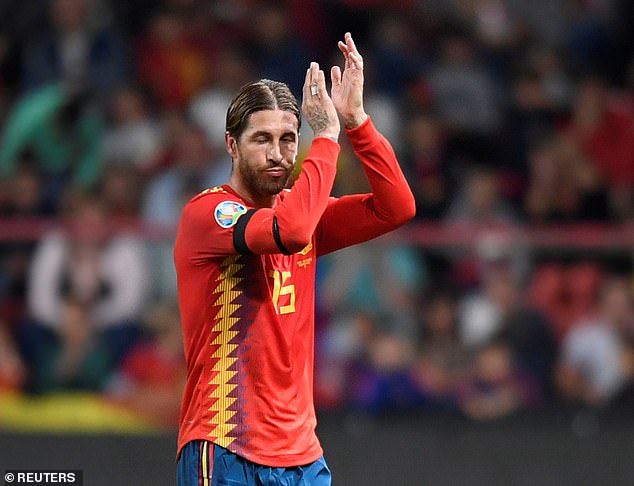 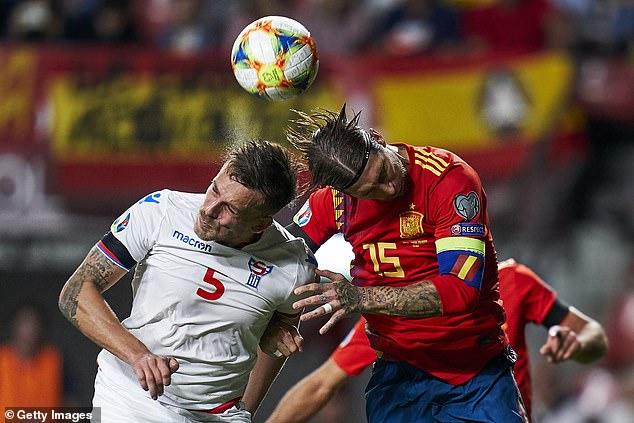 Ramos said: ‘I want to make it difficult for the next player to beat it.

‘It is very difficult to have got to 167 matches for your country. It is a reward and a joy. Many years of working hard to get to this point.

‘I had the fortune to make my debut at a young age and having the confidence of all my managers.

‘Luckily, injuries have respected me and I wish I could defend this badge for a long time to come.

‘Records are there to be broken. I like to go match by match and wake up every day with motivation to get better.

‘I hope to keep this youthful and energetic side of me for as long as possible to extend my record the furthest possible.

‘I wish I could get to 200 matches playing with my country. That is my next objective to achieve.’ 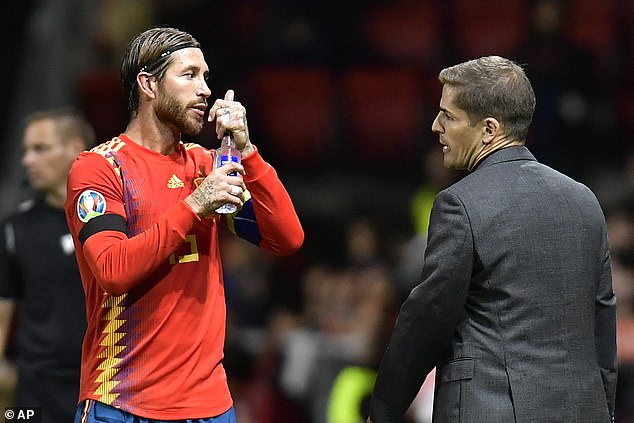 * Still active in the national team

Ramos has won the World Cup and two European Championships during a highly successful international career.

He will surpass the record of goalkeeper Casillas if he features in next month’s qualifiers against Norway and Sweden.

A much-changed home line-up struggled to assert themselves and required Alcacer’s late brace to put some gloss on the final scoreline.

Things had looked rather different when the hosts took just 14 minutes to break the deadlock, Mikel Oyarzabal unselfishly squaring for Rodrigo to tap into an empty net.

Ramos prodded an effort over the bar in the 21st minute as Spain continued to dominate, with David de Gea…