‘I’m not too sure’: Jack Grealish coy over his long-term Aston Villa future


‘I’m not too sure – I have one aim and that is to keep this club up’: Jack Grealish coy over his long-term Aston Villa future after starring in a crucial victory against Arsenal in their battle for safety

Jack Grealish insists his sole focus is to keep Aston Villa in the Premier League after inspiring them to the win over Arsenal that took them tantalisingly close to survival.

Trezeguet’s first-half goal took Villa out of the bottom three and victory at West Ham on Sunday will almost certainly be enough to keep Dean Smith’s men in the top flight, as long as Watford do not beat Arsenal by such a large margin that they finish with a better goal difference than Villa.

Grealish has attracted strong interest from Manchester United – although prising him away from Villa Park will be no easy task if his boyhood club retain their top-flight status. The 24-year-old was flat on the turf at the final whistle, mentally and physically exhausted after his best performance since the restart. 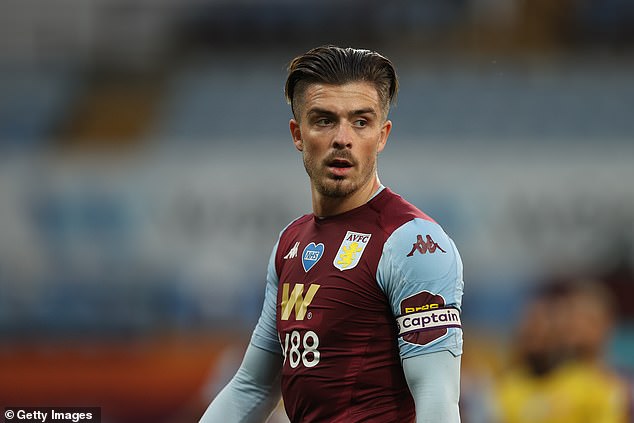 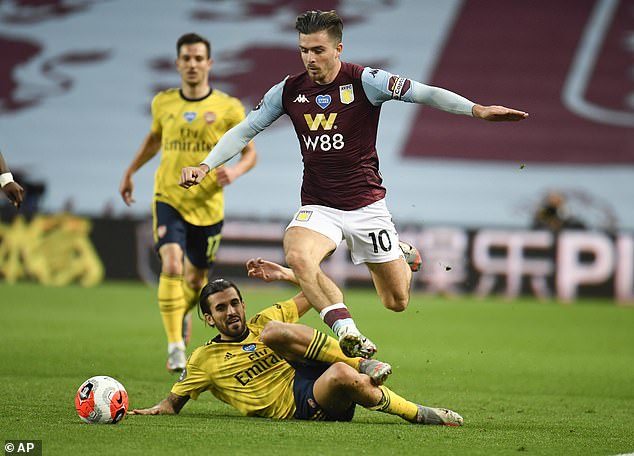 Asked whether this could be his final game for Villa in this stadium, Grealish said: ‘I’m not too sure at the moment. I have one aim and that is to keep this club in the Premier League where the whole fanbase know we belong.

‘That is all I’m thinking about and hopefully we can do it on Sunday. It would mean everything to me and it feels massive to be out of the relegation zone.

‘It was unbelievable and well deserved, we were outstanding. We could have got another goal but we will take 1-0 against a great team like that. You saw what they did to Manchester City in the FA Cup semi-finals so it’s a brilliant way.

‘I’ve not felt the pressure one bit. I don’t mind pressure: my old coach always used to say pressure is a privilege. Since we’ve come back from the restart we’ve probably deserved a bit more than we got. 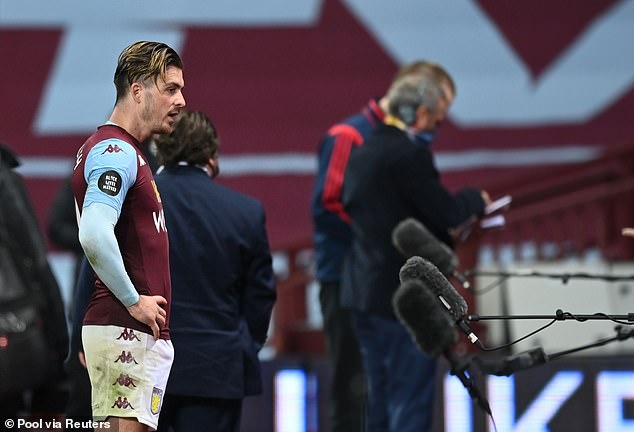 ‘Before [the pandemic] we were struggling with certain things and probably conceded too many goals over that time. During lockdown we had Zoom calls twice a week but since we’ve been back we’ve defended brilliantly,’ he told Sky Sports.

Manager Dean Smith was full of praise for Grealish’s display and admitted the suspension of football due to the pandemic had enabled his team to make some vital adjustments when training resumed.

Villa were thrashed 4-0 at Leicester in the final game before the shutdown, leaving Smith in a precarious position, yet since the restart they have been far more solid, conceding only 10 goals in eight matches to move out of the bottom three for the first time since February 28. 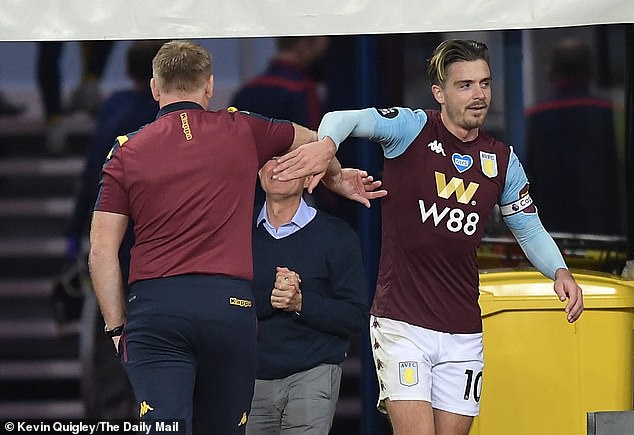 Read More:‘I’m not too sure’: Jack Grealish coy over his long-term Aston Villa future

MARTIN SAMUEL COLUMN: Clubs at all levels deserve fairness… or at least the