Andres Iniesta misses first knockout game at a major tournament for 12 years after being DROPPED by Spain as Cesc Fabregas admits: ‘It is a big surprise but I understand why’

Andres Iniesta was dramatically left out of the Spanish team to play Russia in the last 16 of the World Cup on Sunday.

Calls for the veteran midfielder to be left out were rife after the group stages, with former national team goalkeeper Santiago Canizares among the critics.

Those calls for his omission were expected to be ignored though, despite Spain‘s indifferent group stage performances against Iran and Morocco. 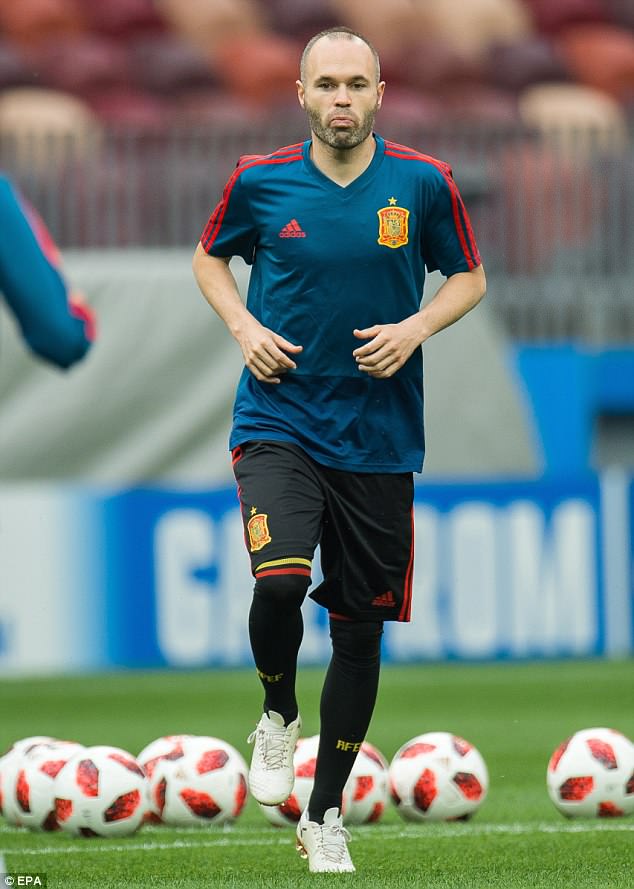 However, manager Fernando Hierro has acted and brought in Real Madrid star Marco Asensio for Iniesta, who came on as second-half substitute for David Silva.

Iniesta’s former team-mate Cesc Fabregas admitted his exclusion came as a huge surprise but admitted he could see the logic behind the decision.

‘It is a big surprise. I think in the 15 years I’ve been following him (Iniesta), this is the second time I can remember him being dropped in a big game,’ he said as a pundit for the BBC.

‘The first time was because of me in the Spanish Super Cup but apart from that he’s always played.

‘He’s (Iniesta) so important to this team. I can understand why it’s happening. In Spain he’s Andres Iniesta. They respect him a lot, he always play.

‘With Asensio, he’s got the legs to get up and down. He’s got variety. Iniesta, Isco and Silva all go inside so he’ll offer a bit more variety.’ 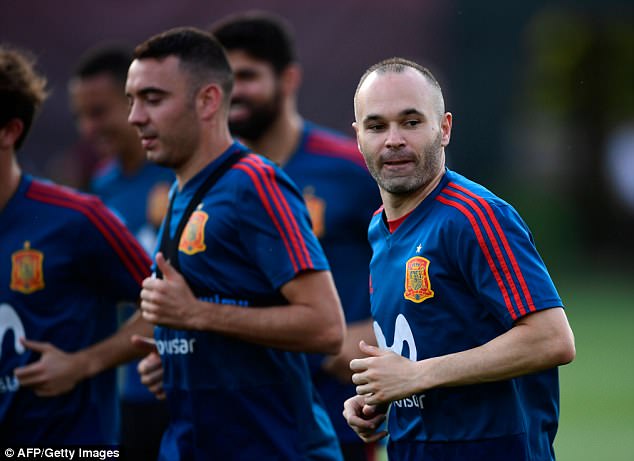 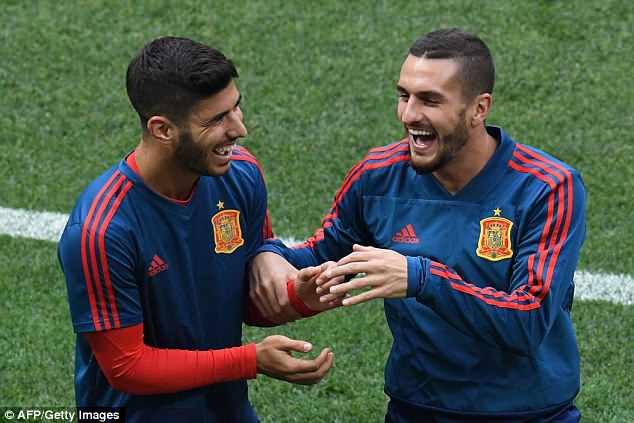 It is the first time since the last 16 defeat to France at Germany 2006 that Spain will start a knockout game at a major tournament without Iniesta. He has played in 11 consecutive knockout matches in 12 years.

Last month, Iniesta admitted he will most likely retire from international football after the World Cup.

Iniesta told Onda Cero radio that ‘if nothing strange happens, this World Cup will be my last participation with the Spanish national team’.

The 34-year-old scored the winning goal for Spain in extra-time of the 2010 World Cup final against Holland in Johannesburg.

He also was a key part of Spain’s two successive European Championship triumphs in 2008 and 2012.