Wonderkid Joao Felix executed a stunning goal during a Benfica training session to demonstrate why he is in such high demand this summer.

The attacker is being chased by a number of top clubs in Europe, with Atletico Madrid favourites to seal a £107million deal.

Felix has enjoyed a stunning season in Portugal, with 20 goals in 43 games, and the training-ground drill is yet more evidence of his ability. 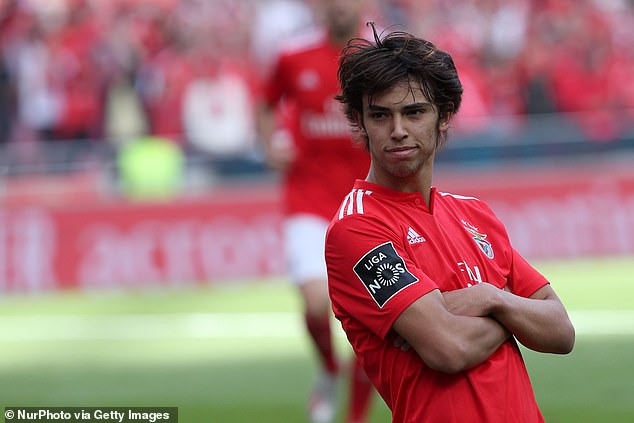 Running between dummies, the 19-year-old races onto a through-ball that looks to be getting away from him as the keeper rushes out.

However, at the last moment, Felix gets the ball under control and produces a stunning rainbow flick to delicately lift the ball over the keeper and collect it the other side. 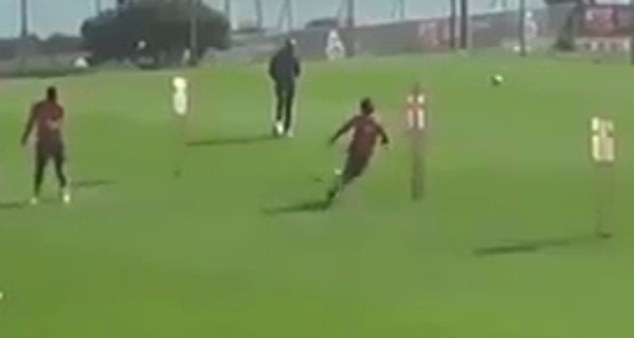 In a split-second, the striker lifts the ball over the keeper with an impudent rainbow flick

From there he emphatically thrashes the volley home to celebrate an outrageous strike.

Alongside his stunning goal haul for Benfica, Felix has also made his debut for Portugal this season.

He came on for his first cap during the Nations League semi-final win over Switzerland.