Germany‘s Jonathan Tah and Ilkay Gundogan have been ruled out of Wednesday’s friendly international against Argentina, while Marco Reus is doubtful, coach Joachim Low said on Tuesday, keeping expectations low for his makeshift team.

The Germans are without nearly a dozen players, including injured Toni Kroos, Leroy Sane, Antonio Rudiger, Timo Werner, Leon Goretzka and Matthias Ginter among others.

Tah has now joined the list, sidelined with a cold, while Gundogan could still recover from a muscle injury and be fit for Sunday’s Euro 2020 qualifier against Estonia, Low said. 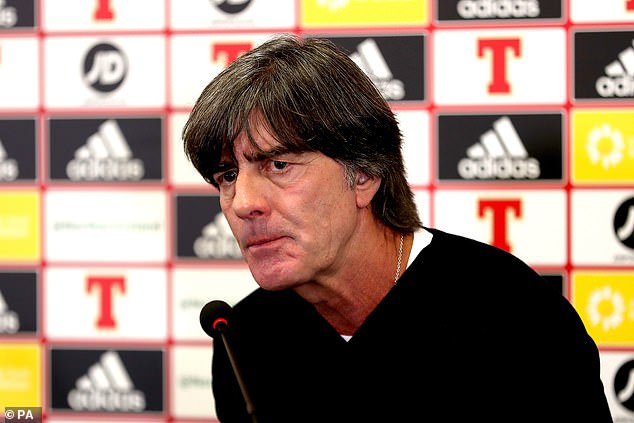 ‘You just have to live with that. It is not a situation I wished and would want. It is not an ideal situation. It is rare to have so many absences.’

The coach said Reus, who was nursing a minor knee injury, would train later on Tuesday.

‘We will have to see. He will train this evening and then we will see if it makes sense to use him tomorrow,’ he said. 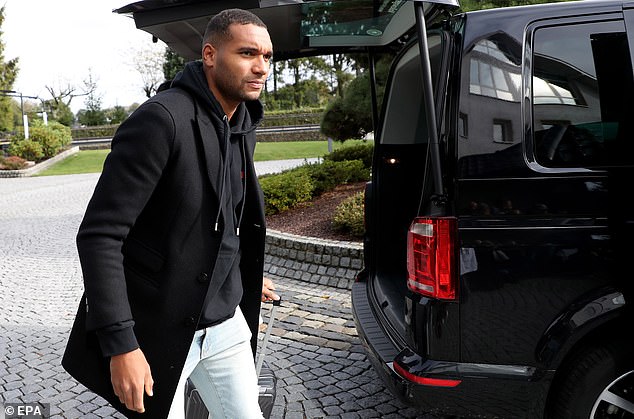 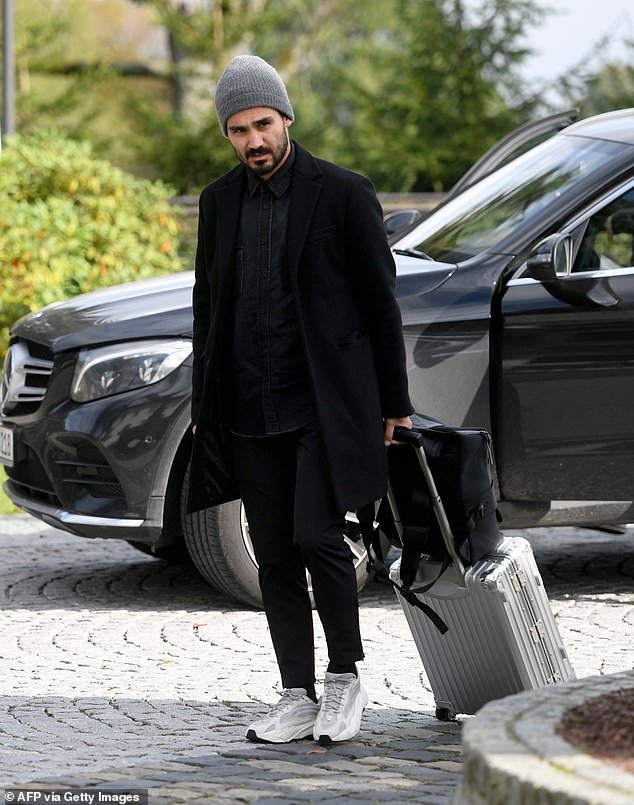 Ilkay Gundogan arrives at hotel L’Arrivee, but he has also been deemed unfit to play

Germany, who travel to Estonia in their Euro 2020 qualifier on Sunday, are sitting top of Group C on 12 points from five matches, after losing to Holland in September. Northern Ireland are second on goal difference.

Low called up Robin Koch and Sebastian Rudy late on Monday, reacting to a string of earlier withdrawals. ‘They will join the team this afternoon,’ Low said.

‘It is a tense situation and not a happy one. It will be difficult to have high expectations from the team. But the team will be engaged and serious because Argentina are a tough opponent.’

Argentina also have their share of absences, including world footballer of the year Lionel Messi as well as Angel Di Maria and Sergio Aguero. 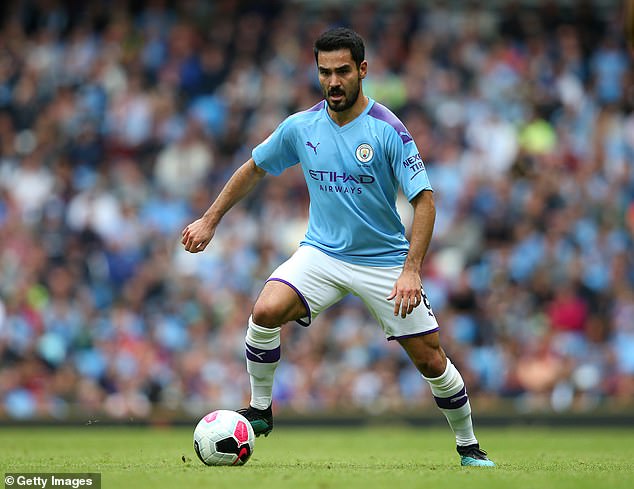