Rio Ferdinand has claimed Gerard Pique panicked as he threw his hands in the air and gifted Russia a penalty in their World Cup last 16 clash on Sunday.

The Spanish defender misread the flight of a corner in the first-half and was forced to put his hands above his head in order to block an effort on goal.

Referee Bjorn Kuipers pointed straight to the penalty spot and striker Artem Dzyuba converted the penalty to level for Russia in Moscow. 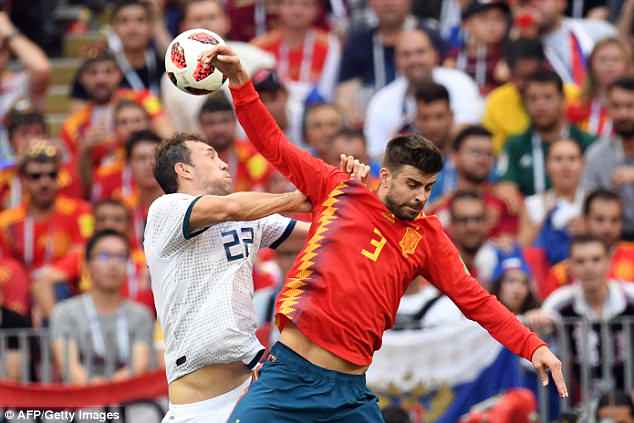 Working as a pundit for the BBC, Ferdinand claimed the Spanish defender made the choice to raise his arms to make amends for his poor positioning and admitted Russia were deserving of their equaliser.

‘That’s panic, when you know you’re in the wrong position you put your arms up in panic and it’s the right decision,’ he said.

‘From 35 minutes onwards they (Russia) started to play forward with belief and intent, that’s where that came from. 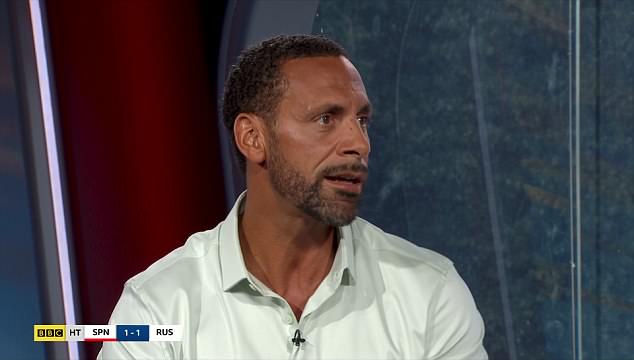 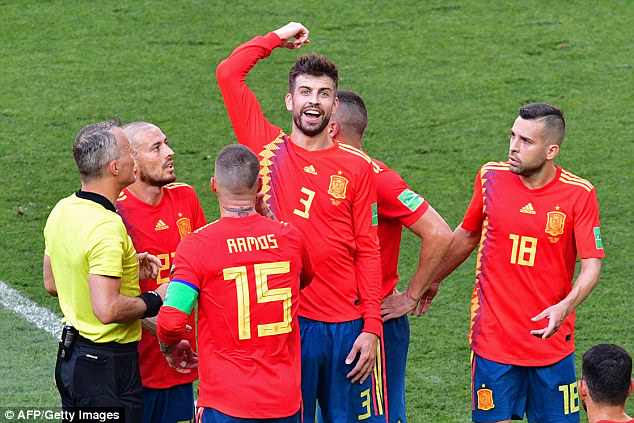 Fellow pundit Alan Shearer agreed with Ferdinand and insisted the Barcelona man was well aware of his actions.

‘When he loses the ball in the air he puts his arm up to try and block it. He knows the ball is over his head and he’s done that out of panic.

‘Dzyuba slots it away with such ease and calm.’

Besiktas take to the water to celebrate Superlig title